The Ninja Micros Freespeed Pro’s price is the highest of bunch reviewed here today. This cost of over $15 more than the nearest competitor is high, and should be looked into being changed, since higher frequency processors are getting cheaper and cheaper. At his price, plus shipping, the advantages of the GFD are heading south when compared to buying a higher priced Athlon CPU.

The size of the Freespeed Pro is very similar to that of the Northwind GFD, but they too fell under the same circumstances: with the longer end heading towards an overhanging power supply.

The power connector on it is one of the better, save the Northwind (that doesn’t have one). It is soldered onto the adaptor itself, which carries several repercussions with it. First, the application of the power plug makes you feel like you are going to break it. The PCB is more than strong enough to withstand it, but anytime I put pressure on my PC components, I get a little worried. Also, taking the connector out is a pain, since it takes a little wiggling back and forth to unwedge it. Again, you have nothing to hold on to while doing this; there isn’t enough PCB. Finally, there is no pass through on it, so you are forced to use up on entire power connector on this GFD.

The dipswitches on the Freespeed Pro are a little easier to access than the Northwind, but are still relatively small. Using an external device to move the switches is always recommended to prevent mistakes. There are no extras included or sold optional on the Freespeed Pro. 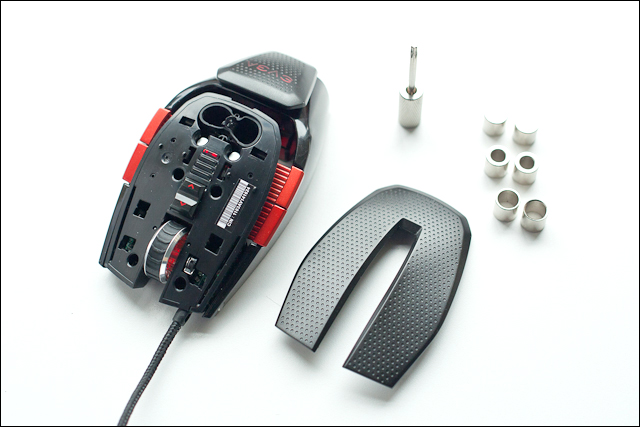 EVGA goes all out with their first gaming mouse