The current approximate retail selling price for our three contenders with the Delta 60 mm 37 cfm fan in US$ is:


Let’s look at the numbers:

As a retired Industrial Engineer, I still do a lot of things as I did when I was working. An Example would be that I plot on a large graph the results I achieve with each new heatsink I test, being it strictly for my own education or for a review like this one. It is very interesting to see the changes in technology applied to heatsinks and with this current review you can actually see three different approaches to the same problem HEAT, the Hedgehog with its pins, the Gladiator with thin fins and the CAK-38 with its flat wide fins. Which technology is better???? The decision is yours to make!!!

Above are the numbers I was able to achieve, under what I believe to be ideal conditions and as such, none of the contenders were able to land a clean knockout punch.

Always remember, that there is a difference between the heat that different speed CPU’s produce. We use the Athlon 1.2GHz CPU that produces 66 watts, an Athlon 1 GHz produces 54 watts, and a Duron 850 produces 37 watts. You can’t expect the same temperature level attained with a Duron 850 to be attained (with everything being the same, except the CPU) by an Athlon 1.2 GHz CPC. When making comparisons, make sure you are comparing apples to apples.

It is my sincere hope that you’ve found this article to be informative and helpful. So until the next time, KEEP COOL!!! 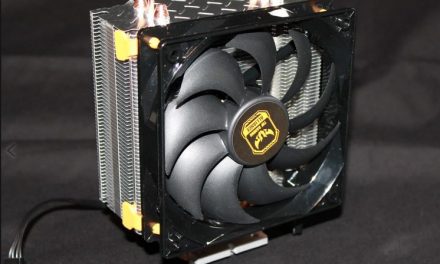