A couple of months ago a new company, Thermalright entered the high performance HSF market. At first the entrance was quiet and unassuming; it quickly changed into an avalanche as more and more computer enthusiasts got their hands on the SK-6 all copper heatsink. Thermalright found itself with the generally acknowledged world leader in high performance HSF’s.

The question now becomes, how do you follow up on the SK-6’s success??? Thermalrights response is to respond to the mid-range market with an economical, yet very effective HSF. Thus, you are witnesses to the birth of the CB-6L.

The CB-6L we received is a pilot run sample, the end product will feature improved quality (cosmetically and functionally).The target retail price (including stock fan) of the CB-6L is under $30.00 USD.

Our test system is a high performance, well cooled Athlon 1.2 GHZ 266 FSB AXIA CPU on an Abit KT7A-Raid motherboard housed in a Lian-Li PC-10 Aluminum Case with all the amenities including Silver Series Rounded IDE Cables and three Panasonic Panaflo 80mm fans producing 47 cfm’s each. Our tests are conducted under real world conditions in a closed case using a mix of software that best reflects the usage patterns of the great majority of computers used day in and day out.

We use Award Bios and Via Hardware Monitor as two sources of temperature data, along with employing a heat sensor applied next to the CPU’s core from the DigitalDoc5. The room temperature of 74 degrees Fahrenheit or 23 degrees Celsius is maintained +/- four tenths of a degree.

The mix of software used in all our HSF studies consists of business and accounting applications, a varied combination of utilities, AutoCAD Lite, graphic intensive packages, 3D games, surfing the net and burning our favorite CD’s.

Fifty readings per day are taken, for a total of 200 separate readings, with the high and low readings for each day removed. This method is referred to as a Weighted Average.

It is important to note that our interests lay in high performance and that noise generated is not an issue. The exact same 60mm Delta 37.6 cfm fan that produces 46.5 dBA’s has been used in every one of our tests of heatsinks using a 60mm fan.

“Ambient Room Temperature” and the ability we have to control it, is an extremely important factor. You may not be able to achieve what we have because of differences in equipment and environment. Our studies are meant as a guide, to help you make an educated decision based on information provided under the exact same circumstances.

This fan has a large foot print 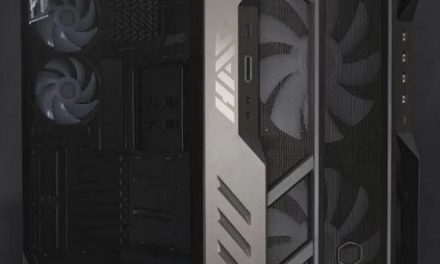