Look familiar??? You say it looks like a ThermoEngine from Thermosonic, well you’re partially right!!! After the fiasco with the bate and switch routine (hollow core and solid core), Thermosonic broke up into two companies both selling the same product, Arkua Technologies and Thermal Integration Technologies. Arkua is run by the founder of Thermosonic while TI is run by former key personnel. As can be expected, this kind of situation has caused problems and there are disputes between the two companies which will probably result in legal confrontations. I’ve included the above because there seems to be some confusion as to which company is which.

Never a fan of the ThermoEngine (I got one of the solid core heatsinks); it might seem odd that I would be reviewing Arkua’s new product the Arkua 6228 ThermoTurbo!!! Not really, being a fair minded individual, I think everybody makes mistakes, I know I have, and still have been given opportunities to learn from my past mistakes. This applies to everyone including companies.

Arkua took advantage of the opportunity with the soon to be released Arkua 6228 copper core ThermoTurbo and will soon follow up with a larger new HSF that will also have the copper core and a 70 mm footprint (more on this in an upcoming review) yes, that includes a 70 mm fan as well.

Arkua’s version of this new HSF is delivered with the Delta 37.6 CFM fan that produces 46.5 dBA’s and is definitely aimed at the Overclockers and Power-Users in our midst and perform it does!!!

I have a tendency to get ahead of myself when a new product excites me as the Arkua 6228 ThermoTurbo has done, don’t worry; I’ll let you in on it, but first I’ve got to go into the system and procedures used to test this “Giant Killer” well, maybe it’s a giant killer!!!

Our tests are conducted under real world conditions in a closed aluminum case using a mix of software that best reflects the usage patterns of the majority of computers used day in and day out.

You may have wondered why we test for four days when just about everybody tests for a number of hours only. In addition to the reasons stated earlier, we always use Artic Silver II thermal compound, it is a well known and excepted fact that there is up to a 48 hour curing process. In other words, it can take up to two days before optimal heat transfer and cooling take place.

This is just another in the long line of steps we take to ensure that we present you with the most accurate results that we can attain with a system that is optimized to take every advantage of exceptional air cooling. Your results may differ from ours due to differences in equipment, cooling system and ambient room temperature. 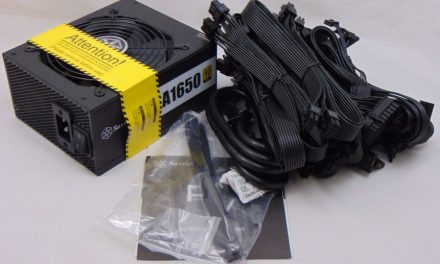