Epox has quickly worked to become one of the best know motherboard manufacturers in the market today and it shows. Unless you have been hiding from motherboard information recently, you will have heard of the success and popularity of Epox’s AMD-760 chipset based 8K7A motherboard. This board reigned supreme as our top pick for a motherboard for quite some time. Epox was even able to show off the slightly under-powered original KT266 chipset in their 8KHA motherboard just a few weeks ago.

Epox has been very good about their bios releases – they actually tell board owners what changes were made with each release and make attempts to enhance the features and performance of the board after its release. One of the biggest hits this summer was the rumored 1/5 th divider that was in an 8K7A bios release that allowed overclockers to push their systems to front-side buses of more than 180 MHz!

Another way Epox is spreading their name out on the industry with partnerships and promotions. They teamed up with AMD to be a major sponsor in the recent AMD Tech Tour and even had T-shirts available with Amdmb.com on the sleeve!

Well, Epox is once again here with a new motherboard. What can you expect? If you haven’t read the VIA KT266A chipset review I did in September, I recommend you do. Then, you will have a better idea of why so many people are excited about seeing this board hit the market. Coupling Epox’s recent tradition with the power of this new chipset will show some outstanding motherboard speed. 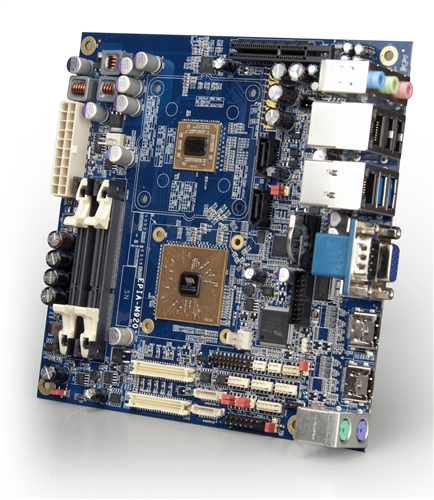