Fan Ratings – What do they mean?

Fan size numbers used in the computer field are quite basic. The most common form is “##X##X##”. The pound signs normally stand for housing inside length, inside width, and height dimensions in millimeters, respectively. For example, a 60X60X25 indicates a fan with inner dimensions of 60mm by 60mm by 25mm height. This is the most common fan size associated with CPU heat sinks. Since fans are round, the dimensions of the housings are most often square. This results in the abbreviation to “##X##” where the first number represents the length and width while the second number represents the height.

We’re going to discuss this topic in much more detail in a bit. For now it is sufficient to state that airflow ratings for fans are traditionally stated in cubic feet per minute. Airflow ratings should always be measured at specific conditions called “standard temperature and pressure”. Actual fan airflow will rarely if ever match the fan’s rating. Again, we’ll discuss this in depth very soon.

Most fans used in computers are intended to run on 12VDC. The fan label will typically specify the design voltage as well as design amperage and/or watts. For heat sink fans, the design amperage or wattage can be an important factor. The highest power fans presently available often draw more current than motherboard fan headers are intended to supply. This has resulted in many people blowing their fan headers.

It is simple to relate fan voltage, amperage, and wattage. For DC devices, power (watts) equals volts multiplied by amps. If a fan label indicates an amperage of 0.48A, it will draw 12 * 0.48 = 5.76 watts at design speed.

Key Point: You must verify the rating of your motherboard before plugging in a powerful fan.

Fans used in computer applications may have two to four wires. At least two are required to supply the voltage and ground wires that drive the fan. These are traditionally red and black, for the positive voltage and ground lines. When fans have three wires, the third wire normally provides an RPM monitoring signal. This allows the fan speed to be monitored via the motherboard or other device. When fans have four wires, they typically have a “pass-through” connector. A pass-through connector is a pair of 4-pin molex connectors. The pair of connectors allows the fan to connect to a PSU header while another device plugs into the pass-through connector. In this manner, you do not require any extra PSU connectors for connecting fans. The idea is similar to daisy-chaining of SCSI devices.

Occasionally a fan will be untailed. This means that there is no connector on the fan. Connecting such a fan involves splicing the wires to an appropriate power source. 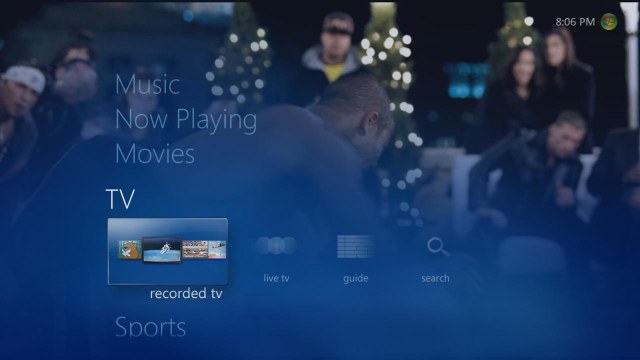 You have your HTPC hardware, but the software is just as important