Just as we’d expect from the company that invented SoftMenu Technology, Abit offers users the full range of overclocking options. In the SoftMenu III Setup in the BIOS, the user can select multipliers from 5.5x to 14.5x (you must have the latest bios for this option), front-side bus up to 200 MHz in single MHz increments, and Vcore/Vio voltage modifications. Also, you can edit the memory voltage as well up to 3v.

I mentioned earlier that this board was very stable during my testing and this carried over into my overclocking tests as well. I was able to push the FSB of the system to 169 MHz, by far the fastest of any AMD 760 chipset motherboard I have tested, but not the highest overall (that title is shared by many KT266A motherboards). The highest speed I was able to reach overall, including both tweaks of the FSB and multipliers was 1.69 GHz, coming in just slightly behind the top contender, the Soyo Dragon Plus.

As you can guess, the Abit KG7-RAID features an on-board IDE RAID controller. The HighPoint 370A chip powers the additional two IDE channels and offer support for RAID 0, 1 and 0+1 (mirroring, striping, mirroring+striping). This HPT controller will soon be a part of motherboard history as the newer 372A model that supports ATA133 will soon become the norm. While that may not be of importance to most of you, what you will find interesting is the HPT 370A has support for running the IDE channels as ATA100 ports. That means you will be able to simply install some additional hard drives on IDE3 and IDE4, without having to worry about RAID installations at all.

Here is the system setup for the following benchmarks: 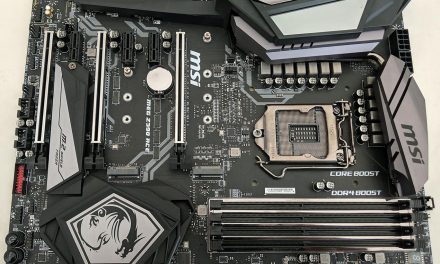