Iwill Iwill’s big push at the show was their upcoming XP333 motherboard. Based on the C0 stepping of the ALi DDR chipset, the XP333 will offer the first DDR333 support as well as the most overclocking options yet, on any motherboard. Performance of the chipset is something that I have to verify, but hopefully they have been able to tweak it to levels closer to the KT266A and nForce boards. Retail price on the RAID version will be about $140 an non-RAID around $125. The ability to have the HOST CLOCK + 33 option in the bios is currently the hold up before mass shipping.

Iwill also let on that they have a 760-MPX dual-Athlon board ready for next month as well! That should be a hit!

MSI told me about their two new single processor boards they are working on for next year, based on the KT333 chipset and the SiS745 chipset. They didn’t have any specs for me, as the planning stages were all that had been finished yet.

Pictured below is their 760-MPX board that should be ready next month along with all the others I mentioned! 🙂 They, too, are claiming a December release date…if this keeps up you can be sure I will busy during the Christmas holiday!

MSI is also pushing out a full line of GeForce 3 Ti cards from the Ti500 and below. These should be available at the end of November.

DFI is one of the lesser known companies in the US as far as PC enthusiasts go, but they are the #1 motherboard seller in the world in sheer volume of sales. While most of it is to OEMs and white-box resellers, DFI wants to start making a push in the retail market as well.

Also, DFI will be entering the video card market with ATI’s Radeon chipset. They plan on having a full line as well to compete for holiday sales this Christmas. 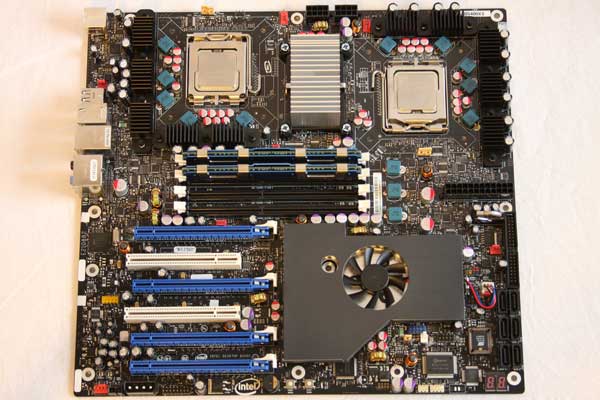