The layout of the MSI K7T266 Pro2 motherboards is very nice. The ATX power connector is far enough away from the processor socket to not get in the way, as are the three 184-pin DIMM DDR slots. The Socket A itself is set a little high on the PCB and the heatsink retention edges are nearly on very top of the board. I would have thought that MSI would have rotated the socket 90 degrees in either direction, thus making it easier for heatsink installation and removal while the motherboard is installed in a case.

The VIA KT266A chipset north bridge is covered only by a passive heatsink, which has both positive and negative results. Primarily, I see the removal of the active fan-based cooling as a bonus that just merely rids your system of an extra noise generator and leaves you with one less thing to worry about dying. However, I have not yet been able to determine if the active heatsink is needed for the best possible overclocking experience for the KT266A chipset. The MSI board did do nearly as well as the rest of the KT266A boards, so I would have to lean towards the active cooling solutions being overkill for now, at least.

The slot configuration includes a single 4x AGP slot with a very good retention clip, similar to the one found on Epox’s 8KHA+. There are five PCI slots and a single CNR slot. The five PCI slots should be enough even the hardest-core PC enthusiasts. I would lend a guess that probably no end-market consumers will be using the CNR slot, but MSI was trying to push products to OEMs and system builders as well.

It is in the area of features that the MSI K7T266 Pro2 really shines. First, MSI opted to go with a Promise chipset in order facilitate the board with IDE RAID capabilities. This is the standard chipset being used by most motherboard manufacturers for this option. It has all the features and abilities you could want from it, including RAID 0 or RAID 1. It does not, however, allow for easy implementation of just adding extra hard drives to the system. In other words, without a hacked bios, you can not use the RAID IDE connectors as ATA100 connectors.

Something new that MSI is offering on their K7T266 Pro2 board that isn’t found anywhere else is an NEC chipset USB 2.0 option. The U versions of the board are the ones that have this option. On them you will find 4 USB 2.0 ports and 4 USB 1.1 ports. On a non-U model motherboard, you will get 6 USB 1.1 ports. This is a great addition to the feature set of a motherboard and I think you will find this as becoming more and more common in the new-year. But for now, if you want USB 2.0, the K7T266 Pro2-RU looks to be a great choice.

MSI has also included some standard AC’97 audio. As it is only dual-channel sound, most users will be installing their own sound card. The only feature that I can see missing from the MSI boards is perhaps the integration of the 10/100 network interface that the KT266A chipset allows. So far, only Soyo has done this yet. 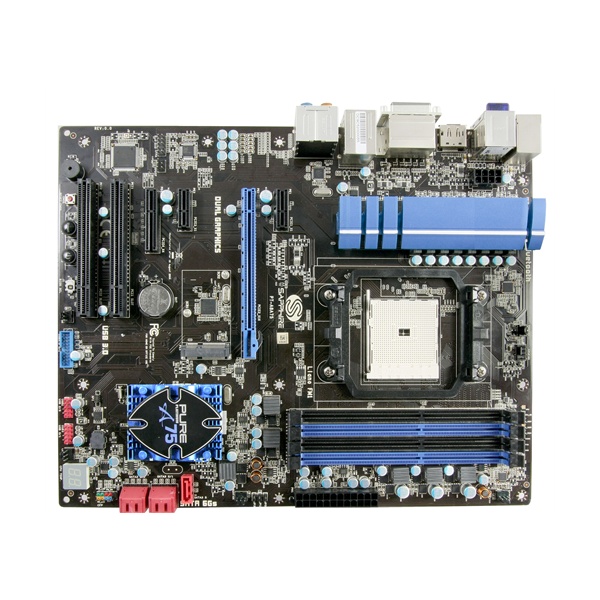