When I last visited with Soyo upon the introduction of their K7V Dragon motherboard based on the KT266 chipset, I commented that they had renewed their spirit and ideals concerning the end-consumer market of motherboard sales. After awarding the motherboard a well deserved Editor’s Choice award, it’s nearly impossible not be pleased with them for their shift in strategies.

It is good to see Soyo making an attempt to be one of the first to release a board based on the KT266A chipset. As powerful as it is, nearly every major board manufacturer has scrambled to get one out there. This was not the case with the first KT266 chipset – in fact Soyo was one of the last to come out with their board, after tweaking the performance and features of the board for quite some time. Their result was an amazing motherboard – for the time. Now times have changed and the KT266 chipset has already fallen behind in terms of raw power and this is where the KT266A chipset, and hopefully the Soyo K7V Dragon Plus, deliver. 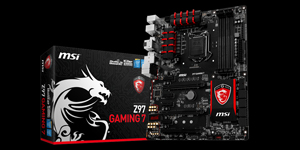