So here we go, the first installment of the AMDMB.com Editorial Section. First some legal mumbo-jumbo that has to be included and that you will see at the beginning of every editorial.

Disclaimer: The opinions set forth in an editorial column represent those of the author only. AMDMB.com, it’s staff, advertisers, or supporters are not represented by the author. Trademarks, copyrights, and registered marks used herein are the property of their respective owners.

Let’s get down to business. Why overclock? Why not overclock? Anyone who knows me, or has seen my posts in the forums knows that I totally do not understand the point of overclocking (or modding for that matter). Sure, I am a die hard SETI cruncher but, as evident from the stats, there is no need to overclock in order to find little green men faster, play games faster, or render a 3D model faster. The point is simple – it wastes money. Sure, it gives you bragging rights, but does that really get you anywhere? The answer is no.

In this day and age, overclocking is pointless, at least from my SETI-driven point of view it is. I am going to use SETI as an example in this column because it is the easiest thing for me to relate to. Overclocking will lower you average WU time, and depending on how much you increase your computer’s speed is how much your WU time will go down. That is the upside. The downside is a little more involved, it shortens the life of your components, it (can) make your system unstable, and it costs you gobs and gobs of extra money – money you could put towards more SETI crunchers J.

First lets look at shortening the life of your components – remember, this is from a SETI point of view. So, you have a 1GHz process or that you overclock to 1.2GHz, a gain of 20%. First of all, that does NOT mean your computer will perform 20% faster, there are tons of factors involved in that. So, for the sake of argument, that 20% gain shaves 2 years off the 10 year life span of a modern CPU, leaving you only 8 years of life. The question is does your “faster” processor crunch enough SETI to make up for that 2 year loss. Answer: No, because your processor life is shortened by 20%, yet your 20% overclock does not make up for that – as stated, a 20% overclock does not yield a 20% performance increase. Now, the other side to that argument is “Who keeps a processor for 10 years?” While that is a valid argument in some contexts, it isn’t here. It’s not a matter of IF you keep the processor for it’s intended usable life, it’s a matter of COULD you keep a processor for it’s intended usable life. See last line of “cost” below for more.

Instability, temperatures and whatnot. Let’s face it, you are NEVER totally stable with overclocking. I don’t care if your computer has an uptime of 100 days and is still going strong. There is a delicate balance between the timings of a computer and it’s stability. When you go changing things, it upsets that balance. End of story.

Cost. Here is the big one in my book. What’s that? Overclocking doesn’t cost you anything more? What about that $50 HSF, and the $30 in high-CFM fans you spent to keep temps down? What about the $100 power supply and the $200 case with blowholes in places we don’t mention in public? Why not spend $15 on a HSF, $15 on 2 80mm fans, $50 on an approved power supply and $50 on a decent ATX case? Total savings : $250. That is not even considering “special RAM,” RAM sinks, water cooling, and your electric bill (something has to keep your house temp cooler to offset the more heat from your computer). With that kind of savings, you are on your way to having another computer… wouldn’t 2 1GHz machines be better then 1 1.2GHz machine?

It can really come down to an economics theory of opportunity cost. To change it into computer use and keeping on track with SETI, look at it this way:

-You spend more money on cooling devices (of one sort or another). This money could be spent on another computer (or on your wife – hi Melissa!).

-You shorten the life of your components. The longer life could lead to more WU production, offsetting the slower times and then some. You could also use the money you saved from not overclocking on your next new machine. The thing here is, if you overclock, not only do you not have that money, you have a dead computer sooner. Not overclocking and building a second machine, or saving the money to build a faster machine later yields more productivity. How? Well, 2 1GHz machines running from day one, or a 1GHz machine running plus a 2GHz machine running to the full extent of their intended lives.

I want to share with you an e-mail received by the news@amdmb.com address which forwards to everyone on the staff. This is a little off topic, but still amusing, and since the author turned to flaming and tried to hide his return address from us (he was unsuccessful by the way), I thought I would share it with you:

From: Director [xxxxxxxxxxxxxxxxxxxxxxx]
Sent: Monday, January 14, 2002 9:43 PM
To: news@amdmb.com
Subject:
I saw a lot of talk about overclocking on your site. That’s a very bad way to influence those who know little about computing. Overclocking causes “electron migration” which slowly rotts your CPU into nothing. If you overclock, it might work fine for 2 years, or 2 weeks. What you will certainly do, is create a processor that begins having problems and crashing your system. You are quite stupid and irresponsible for telling others to destroy thier expensive CPU’s.

I took the liberty of replying to this message in between fits of laughing. Here it is:

Thank you for your feedback on our site. I, for one, do understand you point of view on overclocking. After all, I have “To Overclock is Madness” in my signature on the amdmb.com forums. In response to your comments about the staff of amdmb.com being “stupid” and “influencing those who know little about computing” I have to disagree. I also have to comment that it is extremely unprofessional and quite rude to make such comments which turn out to be untrue.

Amdmb.com does not promote overclocking, nor does it condemn it. What a user decides to do with his or her own computer equipment is their choice. Our site, and the sites of many others are geared towards computer enthusiasts, not beginners. Of course, we welcome all computer users to our site and will offer assistance to anyone in our forums, but if you look around, you will find that very few people fall into the latter category. With that in mind, our site provides information pertinent to our reader base – just as Microsoft provides information about software and not kitchen appliances. Obviously, a visitor to Microsoft.com is interested in software and it’s abilities, not a kitchen stove. Similarly, a visitor to amdmb.com is interested in AMD processors, related products and their abilities.

Again, we take all comments about our site seriously and, good or bad, we enjoy hearing from readers.

I was still laughing hysterically when his reply came back to me:

—–Original Message—– From: Director [xxxxxxxxxxxxxxxxxxxxx]
Sent: Tuesday, January 15, 2002 11:39 AM
To: Dave Pender (n715dp)
Subject: Re: Re:
You are quite stupid and irresponsible for telling others to destroy thier expensive CPU’s.

Anyway, in case you were wondering if we ever receive oddball stuff like that, now you know J.

So we come back to the original goal of overclocking: bragging rights. Personally, I would rather brag that I have $250 in my pocket and a computer that is stable and will last then brag that my computer is overclocked x amount. When you get right down to it, overclocking will save you milliseconds in standard apps at most. And it will give you a couple frames per second more in your games. Milliseconds don’t add up all that fast, and as for frames, well, once you go over 30fps (29.97 actually) you are already more fluid in motion then television, and once you get above about 70fps the human eye can’t track the difference, unless you are a robot.

Now that I have made you all mad about how you have wasted your time, energy and money, don’t worry, my computer is ready for your spamming of my inbox… after all it’s got lots of intended life left.

We at Amdmb.com encourage the discussion of this piece in the following forum thread. 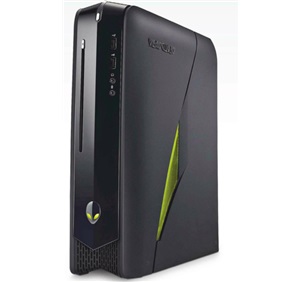