Now that we’ve finished looking at the outside of this beautiful well made case, it’s time to see what’s behind the sleek looks!!

Here we see the front of the case with the front bezel removed. The structural drive bay plates are easily removed (unlike most cases) and can be reinstalled if needed by putting a screw in the tabs provided. The green strip on the right of our photo is the circuit board containing the LED’s the power on and reset switches. Below it are the two USB ports and the expansion slot cover.

Just above the stamped 120 mm fan grill are two thumbscrews, if you remove them and the two below the fan grill and pull the pin on the inside of the case, you can remove the five bay hidden 3.5” drive rack. Please note the four countersunk holes around the fan grill, on the opposite side they finish off as four nipples so you can easily position your 120 mm fan while attaching it with four self threading fan screws. Once you’ve installed your fan, reposition the fan filter using the slots around the fan grill.

Our next two photos above will give you an idea of just how wide the inside of the YCC-61F1 really is and in the photo on the left you can see the two black push pins you need to pull if you want to remove either of the drive cages. The photo on the right shows the entrance of the wiring harness into the interior of the case and is opposite the 5.25” drive bays, plenty of room here to hide excess power and/or ribbon cables.

We removed the internal lower bay rack and discovered another neat feature we have never seen in any case before. In this photo notice how the left edge of the rack flares out, it’s enough to prevent you from using a 120 x 38 mm fan with the rack in place. It does work fine with a standard 120 x 25 mm fan

It wasn’t until we fired up the system that we learned the true value of the flared rack. The fan is mounted a little off center, enough so that the flared edge deflects some of the air towards the back of the motherboard tray.

As you’ll soon see, the motherboard tray has three large holes cut into its surface, when we powered up the fans, you could feel the air being driven through the three holes, thus creating a breathing motherboard tray to help you cool the hottest of systems. This is indeed an interesting cooling concept!!

The photo below gives you a good idea of the mirror finish on the stainless steel motherboard tray and the positioning of the three circular holes. I mounted a number of different motherboards including an m-ATX Asus motherboard, Ryan sent me for another review and the holes did not interfere in any way.

Please notice the right edge of the motherboard tray, Global WIN decided to mount the extended card rack directly to the motherboard tray, the wire you see protruding out of it is the speaker connector. Now, if Global WIN had followed another manufacturer’s lead in supplying a break-away wiring harness, you would never have to remove any of the wiring before removing the populated motherboard tray to work on your system. That would have been perfect!!

Another little difference that can mean allot is the cable connectors for the front mounted USB ports. As motherboard manufacturers have not gotten their act together as to their orientation of pin 1 and pin 10 on secondary USB headers, case manufacturers have been left with the burden. (The wider ribbon cable lying on the bottom of the case ends in two 5 pin connectors.)

Some have dealt with it by giving you a standard 10 pin connector that doesn’t conform to all motherboards, while others, supply you with a bunch of 1 pin and 2 pin connectors and let you figure out where they belong, Global WIN has taken a simple third approach by supplying two 5 pin connectors that easily solve the orientation problem, you simply locate pin 1 in the first row and attach the connector accordingly, then locate pin 10 and do the same. This is another example of the attention to detail exhibited by Global WIN’s design engineers!! 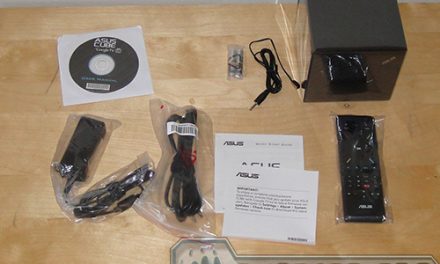 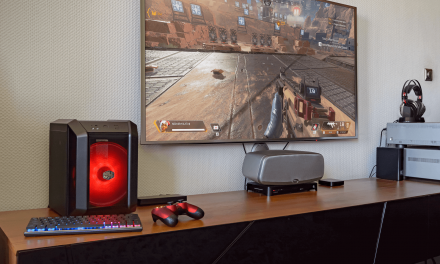 You asked for a case recommendation?

Putting on a red suit