The Thoroughbred core is the 8th model or revision of the Athlon processor (not to be confused with the 8th generation architecture that is Hammer) that started way back in 1999. The name of these processors will continue to be Athlon XP and the model numbering system will continue in the fashion that it is going in now.

Below you will see comparison images between the Palomino 180 nm core and the Thoroughbred 130 nm core.

The physical differences between the two cores are in the size and arrangement of the transistors. The new core has shrunk considerably going from 128 mm^2 to just 80 mm^2. The on-die cache of the processor has been moved and there are actually fewer transistors on the Thoroughbred core than the Palomino core due to a more efficient and optimized layout as well as lower voltage handling requirements. The shrink to the .13-micron process technology allows for the smaller dies.

Despite any rumors you might have heard, the new Athlon XP based on the Thoroughbred processor is still going to have 128 KB of L1 cache and 256 KB of L2 cache. Any changes as far as performance enhancing go, will have to wait for another revision of the Athlon XP core.

If performance hasn’t changed on the new core, what has and why should it matter? There are four main reasons why AMD has gone forward with the .13-micron core processors. First, the die shrink allows AMD to produce many more die per wafer at their manufacturing plants. For the same cost as the .18-micron Palomino cores, AMD can now get approximately 30% more processors created, if of course the yield remains the same. Making the processors more economical to produce allows AMD to continue to offer the best performance for your dollar.

Secondly, on a model-by-model comparison, the Thoroughbred core Athlon XPs are cooler to run than their Palomino counterparts. This table below shows you how the different Palomino processors and their power usage pans out.

As you can see, the Athlon XP 2200+ processor will be using a voltage of 1.65V based on the Thoroughbred core, where as the original 2100+ processor that was based on the Palomino core ran at 1.75V with more thermal dissipation. This the main factor in AMD’s decision to introduce the Thoroughbred core to the mobile market first, as lower power and heat mean that AMD can begin to break into a market of physically smaller and lighter notebooks.

The third reason that AMD is introducing the .13-micron core Athlon XP is to allow the processor to continue its ramp up in frequency. At a certain point, the Palomino core would have hit a limit on pure MHz based on the process technology, how much voltage it could handle and how much heat it produced. By making the modifications to the core as AMD did with the Thoroughbred, AMD can now continue to ramp of the speeds of the CPUs with out fear of hitting the theoretical maximum.

Finally, there is little denying that the Thoroughbred core was a test of AMD’s ability to develop and produce a processor based on this 130 nm technology. Because the initial Hammer products are going to be placed on this same .13-micron process, AMD needed a way to troubleshoot and attempt this without working with the expense of the Hammer parts. The Athlon XP core was already well tested and AMD’s engineers were able to try and retry this method until they were able to perfect it, in the form of the Thoroughbred core. This leaves Hammer in a very nice spot, as no one will be able to refute AMD’s ability to run processors through a-.13-micron facility with the Thoroughbred behind them. 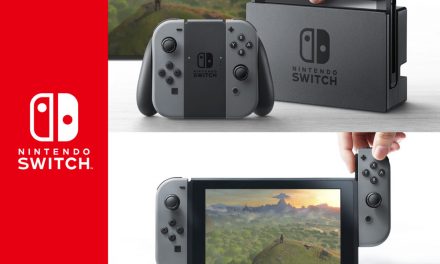