Many of you will be wondering and/or complaining about AMD’s lack of initiative in adding cache or increasing the front-side bus of the new Thoroughbred core to help them further compete against Intel’s latest line of Pentium 4 processors, including their 533 MHz FSB systems. I want to assure you guys that every time I talk with someone at AMD, I have the same questions in mind, but they always give the same answer: Hammer.

You have to understand that during the developing stages of the Thoroughbred, Intel was still fighting a losing battle against the Athlon XP processor. AMD didn’t need to add any extra cache to their line of CPUs because Intel seemed unable to beat them at any level. The Thoroughbred core was meant to lower the power usage of the Athlon processor and to test out their ability to use the 130 nm technology for the introduction of Hammer. No performance increases were ever planned.

As time progressed, we began to see that Intel, by bumping of their speeds and cache levels, was able to match and even beat the Athlon XP line. It seemed as though AMD was caught with their pants down here, unable to foresee this happening. With all of the best AMD engineers working on the Hammer project, AMD was forced to take a step back and look at the market and what was happening. Thus, we have the pending introduction of the Barton core processor, that will double the amount of L2 cache on the Athlon XP line to 512 KB. This is still months away, however, but should be able to keep the Athlon XP processor competitive with the P4 line until the introduction of AMD’s true engineering marvel. Where AMD has not faltered is in their Socket A platform. The infrastructure behind every processor AMD has introduced in almost a year has been stable ever since, while Intel continually changes standards that force customers to upgrade and change their platform to get up to the Athlon XP’s speed.

The Hammer, which was prominently displayed and showcased all over this year’s Computex in Taipei, Taiwan, has been AMD’s focus for nearly a year now. AMD has plans to bring you a total system performance upgrade with the introduction of their 8th generation architecture processor, the Athlon based around Hammer.

Many people would claim that the 7th generation parts have been suffering through long droughts of upgrades because of AMD’s blind devotion to their Hammer project. While that is true from a certain point of view, that view is never looking at the picture in the long run, past the next month or two and into the next year. What AMD is doing is not simply introducing a FSB increase, or lower a process technology – they are literally changing nearly all factors of their own product to release a technology that will not just be a simple upgrade with minor performance increases, but instead something that will make every thing from the competition look like the K6 parts of yesteryear.

Or so the story goes… 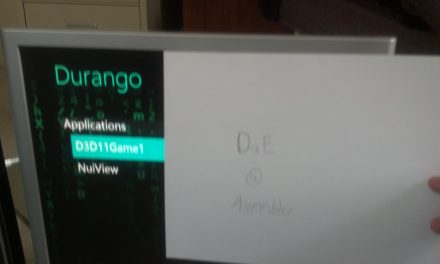 Get to know Conroe better