The ECS K7VTA3 v3.1 motherboard is another nice board with okay features but a very good price.

The ATX power connector is oddly placed, almost dead center of the height of the motherboard. This unique position for the connector can make installations of the board and upgrades to parts around it a bit more work than they should be. The ATX cable will surely stretch down to that level on the board, but you may have problems reaching it if your particular processor heatsink and fan are particularly tall and cumbersome and gets in the way. Also, I am not a fan of having the ATX connector so close to the AGP port.

The area around the well-placed socket A is kept nice and tidy. The row of tall capacitors placed to the left of the socket have a gap in the center that allows for easier insertion of the heatsink clip than that of many other motherboards. The other side of the socket does get a bit too close the first DIMM slot on the motherboard, but that is one of the costs you have to pay for a low width PCB. One very pleasant thing to note about the socket is that underneath the three clips on each side of the plastic socket are some white plastic strips that will prevent the metal heatsink clip from scratching the PCB and damaging it.

The north bridge of the KT333 chipset is only covered by a passive heatsink with no fan attached. This merely points us to the fact that your front-side bus overclocking may be affected in terms of stability, but I didn’t encounter any problems in the testing I did. See my overclocking section on the next page for more details. One feature that ECS did include to help maintain stability in the Thunderbird and XP processors is the inclusion of a 3-phase power system.

The slot configuration of the ECS K7VTA3 motherboard is pretty standard for an OEM-oriented manufacturer. They have included one (1) AGP slot with a very good retention clip, five (5) PCI slots and a single (1) CNR slot. I know that many of you will scoff at seeing a CNR slot on this motherboard and claim that they should have instead included a sixth PCI slot. In truth, the rest of the board design would only allow for a CNR slot in the last location, as there isn’t enough room for a full PCI slot.

The final features that ECS included are the fairly standard ones. Three PC2100/1600 DIMM slots for DDR DRAM are available. There are two standard ATA100 IDE ports and a single floppy port. If you have a tall case, you will want to take notice of the location of the floppy connector all the way at the very bottom. A new cable may be in your future. The on-board audio is very standard AC’97 compatible and should be an option for you if you don’t require very high quality audio performance. 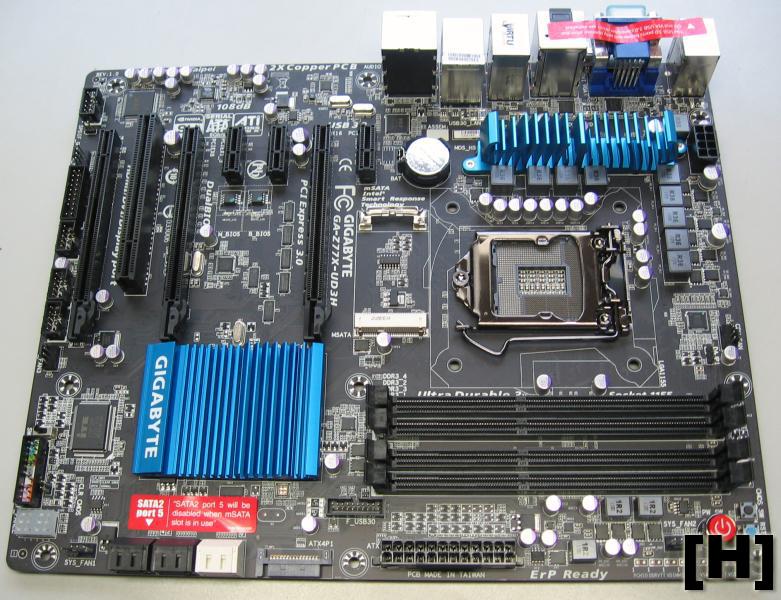