My meeting with SiS focused mainly on their readiness for the AMD Hammer launch. They had a SiS 755 chipset motherboard on display running some loops to show its stability (but no benchmarks yet!). They had a Xabre video card running on it, of course.

Speaking of their video cards, they were eager to display their newly announced Xabre 600 chipset that they are aiming for the same market as the NVIDIA Ti 4200/4400 range. However, they were also discussing the future of the Xabre, the Xabre II, that they are confident will be able to compete strongly with the Radeon 9500 line of video cards. Only time will tell (and tests of course!).

At Abit’s suite, they showcased their current KT400 motherboards including AT7-MAX2 and the KD7. They didn’t have any of their Hammer boards available to view, but they are confident that they will have boards ready whenever AMD is ready with their processors. Abit did show me their new design for their NVIDIA graphics cards and their unique cooling solution: look familiar? Abit claims that NVIDIA “borrowed” the design from them. 🙂

Shuttle’s suite was filled with their SFF nForce2 model systems. Below are some pictures of their setups. First is the bare motherboard that powers the SN41 system based on the nForce2 motherboard; second is the dual-monitor setup that they were demonstrating the SN41 on. Third we can see a long table full of different colors and even a lighted version of the SN41. Finally, Shuttle had a Hammer motherboard based on the VIA K8T400 chipset.

Soyo had a similar suite as many other manufacturers that included their current KT400 motherboard. However, Soyo had the only ALi chipset based Hammer motherboard.

Soyo is also looking to enter the SFF market and had this system to demonstrate their technology. The current setup shown below is actually a P4 solution and in a case different than they will sell it in (obviously). AMD systems are close behind I am told.

ATI’s booth was packed with showcasing their Radeon 9700 Pro video cards and their many partners that they have gathered onto their cause. They seem very confident that that the Radeon 9700 Pro will do very well in the market, as they have at least four months before the new NVIDIA GeForce FX video cards will hit the market – and I can’t disagree.

I also learned that though the initial ATI motherboard chipsets were less than successful in the market, ATI is already getting ready to complete a second generation of both their Intel and AMD chipset. I will have more information on this soon, but you should actually be able to buy this chipset when it is ready.

NVIDIA’s booth was chock-full of GeForce FX demos. As their most recent launch, that took the majority of the show room floor. They did have 4 or 5 nForce2 boards on display in a case.

NVIDIA did have a working, running CK8 chipset motherboard with an Athlon 64 running at 1.4 GHz. They also had a couple boards to show off besides their reference board. First up, the FIC CK8 board, which was designed for an OEM and small form factor.

Leadtek also had a motherboard their as well.

NVIDIA looks to have several partners ready with their Hammer chipset to go when the AMD Athlon 64 launches. 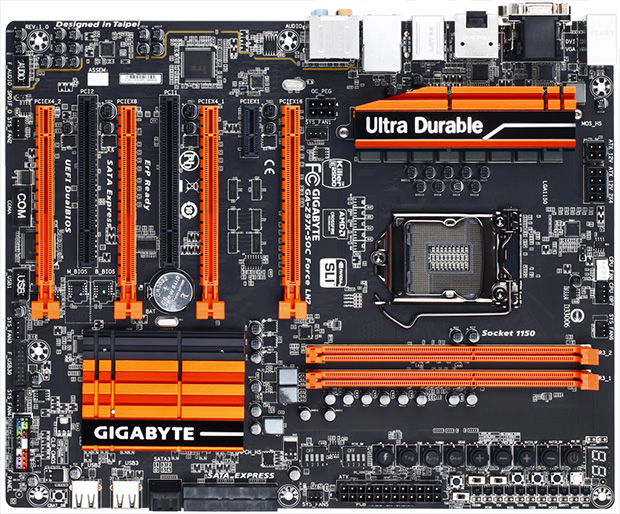 A quick walk around Computex 2014