The following graph shows the two AeroCool heatsink fans full load temperatures over ambient (differential temperature) along with the two other heatsink fan combinations for comparison. The manufacturers rated airflow values (in CFM) are included in each bar.

Since the focus of this review is on Silent Solutions, I recorded sound pressure readings for all four heatsink fan combinations. Measurements were taken with the computer off and no other sources of sound in the room. I used a small external (fan-less PSU) to operate the fans while taking sound level readings. Measurements were taken 3’ away with an average background noise level of ~30 dBA. The AeroCool and Cooler Master fan speed (RPM) readings were taken earlier using MBM5 and the manufacturers rated speeds are quoted for the Panaflo fan.

My sound pressure level meter is only calibrated down to 35 dBA minimum reading. Both of the two AeroCool fans and the Panaflo L1A registered less than 35 dBA, which to my ears is very quiet. The higher speed OEM fan was measurably noisier. In an otherwise silent room the three quiet fans were barely detectable and during normal PC operation they could not be heard over the PSU and video card cooler fans. 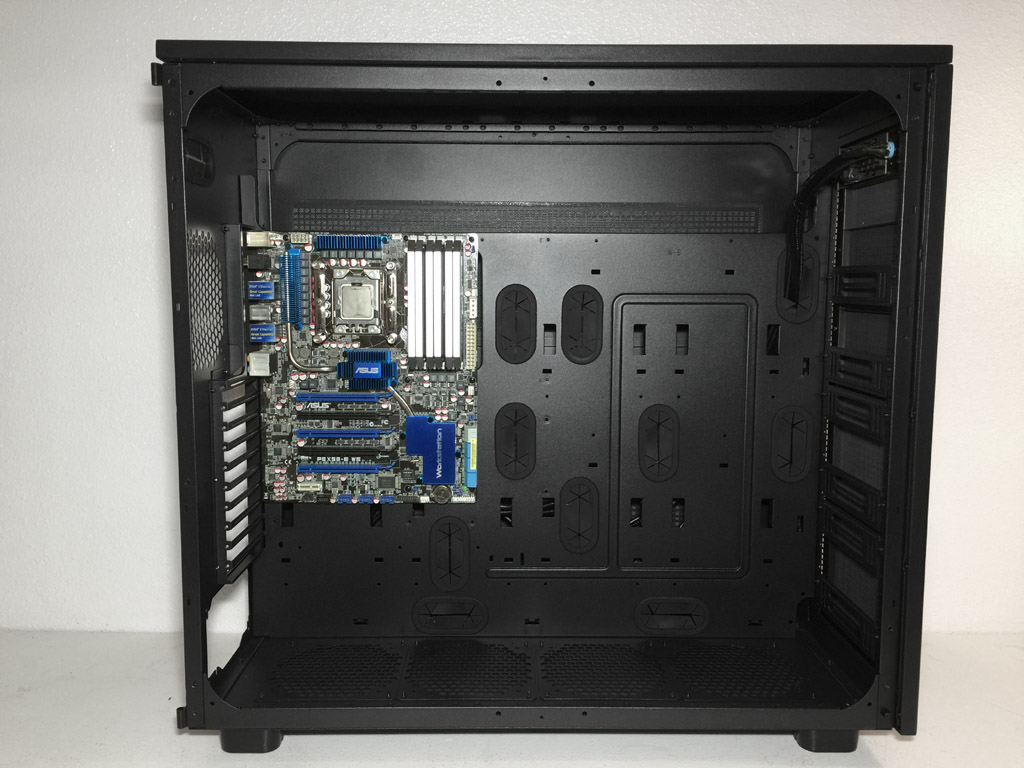