The latecomer in our KT400A motherboard roundup turned out to be one of the most impressive. The processor socket on the DFI KT400A LanParty motherboard is turned perpendicular to the board, forcing you to remove your memory before you can install or remove the heatsink on your Athlon. There are mounting holes surrounding the socket.

The north bridge is covered by a passive heatsink instead of an active cooling solution, but the DFI heatsink is very sturdy and seems to cool the chipset better than several of the active cooling solutions with weak heatsinks. The ATX power connector is to the left of the north bridge and also has a 4-pin extended ATX power connector to supply more power to the system and hopefully increase stability on loaded systems.

The AGP port has a different type of retention clip, but is just as effective as any of the others. There are 5 PCI slots for any extra components you’ll want to install. The standard IDE channels are located DIMM high as we have seen on most of the KT400A motherboards in this roundup. Also above them you will see a set of dipswitches that you will have to set for a 133 or 166 MHz processor. There is also a 200 MHz setting, but again with our tests, the Athlon XP 3200+ didn’t run as it should on a KT600 or nForce2 chipset motherboard.

One more note that I really appreciated was the on-board power and reset switches, next to the RAID IDE connectors. Anyone with open cases (or reviewers) will enjoy that. Oh, and the pretty yellowish colored slots, they are UV sensitive and glow under UV lights.

The DFI LanParty KT400A motherboard has a lot to offer in features! There is a High Point chipset that supplies you with two more channels of IDE RAID as well as a Serial ATA channel. A VIA chipset provides connections for up to three channels of Firewire as well as USB 2.0. There are two 10/100 network interfaces, one from VIA and one from Realtek. The 6-channel audio is powered by the CMedia chipset.

If any area in this roundup belongs to the DFI motherboard, it’s what you get in the box included with your purchase. In the series of photos below you will see all of the following: a Game Port header, composite audio header, Serial ATA cable for data and power, two IDE rounded cables and a rounded floppy cable, cheap thermal paste, a Front-X box that allows you to configure a front panel and a LanParty case carry bag (hence the DFI branding). That is a lot of extras!

The DFI bios has a lot to offer the user as well. The first image shows the DRAM settings available. 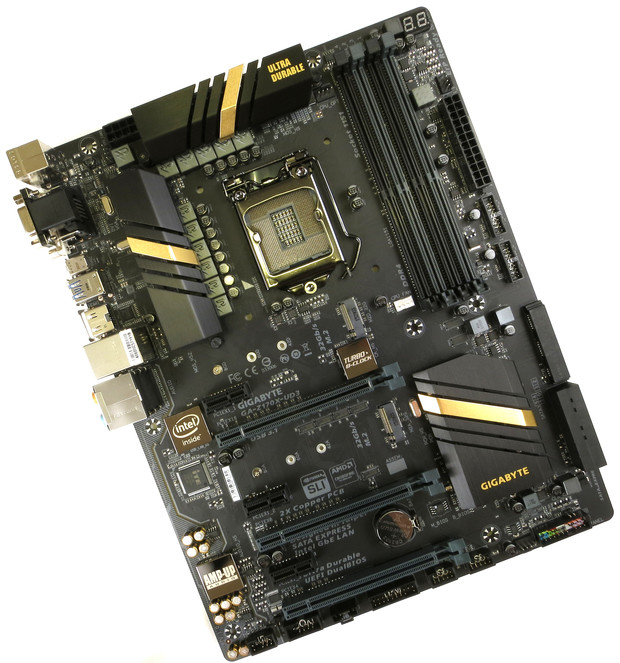 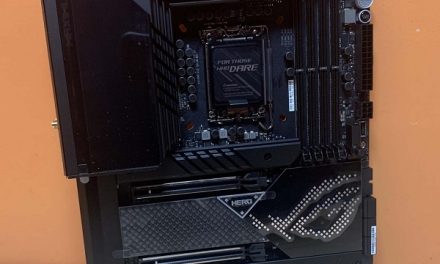