Well, video cards are a subject that is debated over and over again. ATi vs. NVIDIA, OEM vs. retail, etc. Video cards are tedious things that you must make your own choice on. Some benchmarks will show that this card wins or that card wins and no one can ever agree on what card is exactly the best card out there.

Acronyms, standards, and confusion…What does it all mean?

There are several different types of video cards on the market these days, and upcoming standards are being talked up among many enthusiasts. Here’s the low down on what all these acronyms mean and what their uses are:

AGP is the only ‘video card’ dedicated slot that exists on motherboards today. Without being too technical on why, the way the AGP tunnel is designed allows it very fast access to the CPU and RAM which progressively allows it to function much faster than a PCI slot. You will only see one of these on a motherboard

PCI is the most common slot for peripheral cards today, and generally cards such as sound, network, and modems occupy these slots. For a small portion of the market, (mainly older motherboards), PCI video cards are made because some of the older or cheaper motherboards do not have an AGP slot. Generally, you can see up to 6 PCI slots on a single motherboard (sever boards excluded).

PCI-X is meant to be the next generation of PCI. It will be designed so that many cards (such as the ones mentioned above under PCI) can occupy the slots. The PCI-X standard is also designed to be backwards compatible with current PCI cards. With extended bandwidth, the PCI-X standard will most likely come into large use when faster hard drives and more bandwidth intensive cards come onto the market.

PCI Express is designed to be the death of AGP. Similar in its intent as PCI-X, PCI Express will increase the bandwidth allowed between the video card and the CPU. The only issue that PCI Express poses is that in its current state, it is incompatible with the current AGP spec – which unfortunately isn’t likely to change.

What company should I go with?

The ATi / NVIDIA battle rages on like it always has, and it is almost always determined that you should go with what you feel comfortable with after reading and researching products. I have no personal recommendation on the situation as the companies swap the title for “fastest video card” nearly every three months.

What manufacturer should I go with?

Again, the best option is to go with what you feel comfortable. Read the reviews, check out the Video Card forum to see which cards are hot and which are not, and ask questions if there is something you don’t understand.

Which card really is the fastest?

That question is impossible to answer with this guide, and even if you ask the question in the forum, you’ll still probably get varied answers. Whenever looking at the benchmarks, look at real games and how the cards benchmarked in those instead of emphasizing upon the tests such as 3DMark.

What are the video connections?

DVI, Analog DB-15, and S-Video are the common connections you’ll find on the back of a video card. The DVI connector is mainly used to hook up LCDs (and some projectors) while the DB-15 connector can be used to hook up CRTs, LCDs and projectors. The S-Video out is generally used to hook your computer to a TV (quality is greatly decreased when using a TV for a monitor).

Whenever I think of a ‘budget video card for gaming’, I think of the sub-$150 range. With the cards available as this guide is written those cards include a decent variety:

All of those cards support DirectX 9 and will probably be able to play upcoming games such as Doom III and Deus Ex II fairly well. 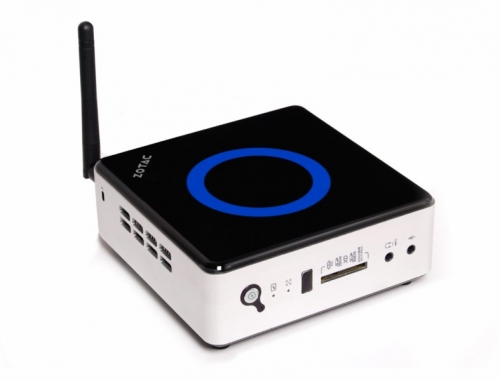