Gigabyte was also located at the Venetian in larger ballroom. They didn’t have anything exceptionally new (none of the manufacturers we saw did really) but they had their entire current line up on display.

Here we see the new flagship for the Gigabyte line of Radeon graphics cards, the 9800XT. And, good news for potential buyers, all ATI partner cards in the 9600 and 9800 line, including Gigabyte, will qualify for the free copy of Half Life 2 – whenever it is released…

Gigabyte is a dual-chipset vendor, so they also have a full line of NVIDIA graphics cards including the 5950 and 5700 Ultra chipsets.

For the Athlon 64 line up Gigabyte was showing off both their nForce3 150 and the VIA K8T800 motherboards.

MSI had a quite at the Venetian at this year’s Comdex to show off their products. First up, we took a look at their video cards.

Shown above are MSI’s implementations of the new NVIDIA chipsets, the GeForce FX 5950 and 5700/5700 Ultra. As of this meeting, MSI had still not decided on whether they were going to implement a line of ATI graphics cards as we have seen Asus and Gigabyte do recently. As MSI is the biggest producer of NVIDIA graphics cards, I am sure that NVIDIA is doing all it can to keep MSI a single chipset manufacturer.

Of course, MSI had their entire line of motherboards on display as well. The most interesting one was the MSI nForce3 250 chipset based motherboard.

This board itself is not a retail board by any means; it was designed as a proof-of-concept for the NVIDIA nForce3 chipset that supports SerialATA features. It seems that several motherboard manufacturers were waiting for the same thing from NVIDIA.

Finally, here is a look at the MSI Mega series of SFF systems – notice the new model on the top of the display – though you can’t tell in the picture; the display is colorful, and no longer monochrome.

That concludes our look at this year’s Comdex show. It is unfortunate for Comdex that Computex was so late this year as there was really little that was new to see at the show and there were very few vendors and attendees.

For us, its now time to head home until our next trip out to Vegas for the CES show in January. 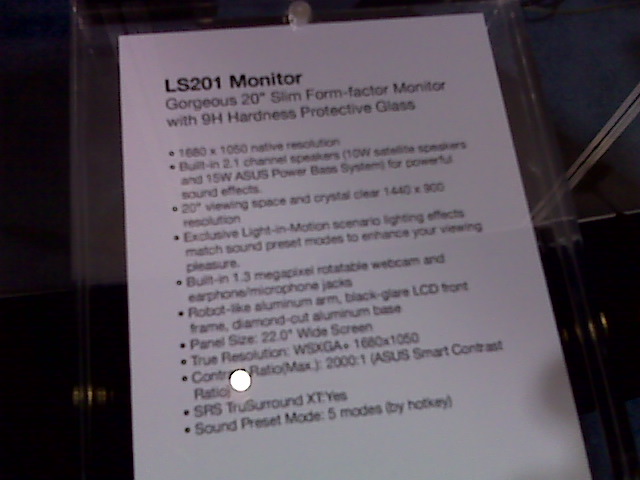