Age of Mythology has always been a favourite in my household and we’ve spent hours working ourselves up to the point where we can play computer opponents on Hard difficulty without much of a problem. You can imagine my joy when the expansion “The Titans” came out for this epic real-time strategy game. To commemorate this event, I created a new Scenario using the map editor based on the Alfheim map (one of my favourites). I placed about opposing 80 units on 3 teams in the middle of the map and let them slug it out. Just for fun, I put a Titan and Cronos in there to make things interesting.

We see something very strange here. For some reason, both the FX5600 Ultra and the FX5700 Ultra sky-rocket at 1600×1200 at 0x0, but then drop drastically beyond that. As we will see in the Morrowind tests (later in this article) this happens again! I would have to say that this is not normal and is probably a bug in the driver or compatibility with the game since both FX cards exhibit the same behaviour. Oddly enough, I’ve never seen this behaviour with series 40 drivers.

At 1024×768, the Radeon 9500 (which is much older than any of the FX cards tested here) out performs the FX series all together! Looking beyond the abnormal results at 1600×1200, all cards perform very well with lots of FPS to spare. This is very good news as there’s nothing worse than trying to group troops to attack a Titan excavation and have your mouse lag all over the screen.

Hopefully NVIDIA will look into this bug at 1600×1200 so consumers know how it performs with this game.

Each time I play this game for hardware testing, I can’t but feel that this game needs a sequel. The game feels like an introduction to something more epic, similar how Halo is merely an introduction to a larger story. My meanderings aside, Freelancer is still very popular amoung space sim and action fans alike. I’ve chosen the final mission of Freelancer again as my “benchmark” level as it contains the largest amount of targets in any of the missions.

The FX5700 Ultra does pretty well with Freelancer. With the slowest at 4×8 @ 1600×1200 with 26 FPS, it still manages to play reasonably well. There were very noticeable slow-downs when large explosions occurred on the screen (the shield power generators) to a point where the game stuttered severely at 5FPS for about 2 seconds. Best to run this game at 1600×1200 with anti-aliasing set to 0, assuming the rest of your system can handle it.

As an aside… Since becoming a reviewer for this site back in May, I have never seen numbers like this in Freelancer. The softmod Radeon 9500 (the “Radeon 9700” wannabe) leaves all other cards in the dust. While playing with the softmod card, I saw FPS measuring in excess of 130FPS. Simply amazing! Goes to show how a system upgrade can improve your games and how well ATI cards perform in this game. But I digress, this is a review of the FX5700 Ultra. 🙂 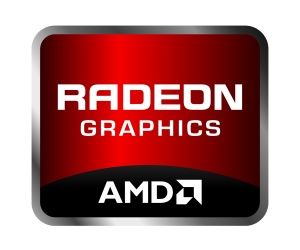