SUNNYVALE, CALIF.-FEB. 17, 2004-AMD (NYSE: AMD) today announced an expansion of its awarding-winning AMD Opteron(tm) processor family, featuring low- and mid-power products. With the new low-power AMD Opteron processors, enterprise customers can now employ a common infrastructure based on AMD64 technology at all levels of their enterprise environments – from high-performance clusters to blade servers.

The AMD Opteron processors HE (55 watt) and EE (30 watt) for servers and workstations, which are expected to be available in March, bring world-class 32-bit performance and easy migration to 64-bit computing to customers who demand increased compute density, investment protection for the future and the most performance per watt of any processor in their class as measured by the industry-standard benchmark suite SPEC(r) cpu2000.

“Any enterprise concerned about power usage in their data centers now has a low-power options that also offer industry-leading per watt performance, reliable security and the assurance of investment protection,” said Marty Seyer, vice president and general manager of AMD’s Microprocessor Business Unit. “The feedback was clear, with customers asking for AMD64 to take a leadership role in reducing operational costs through lower power options. Now enterprise customers have never before had such a broad choice for power options for both 32-bit and 64-bit solutions. AMD leads the industry with its AMD64 architecture, and in response to customer demand, we’re pleased to add a broader set of power options.”

“As businesses try to squeeze more processing power out of fixed-sized datacenters and power budgets, performance per watt is becoming increasingly more important to the enterprise,” said Vernon Turner of International Data Corporation (IDC). “AMD answers that need with the low-power AMD Opteron processors HE and EE, offering some of the most performance per watt of any processors in their class.”

The new low-power AMD Opteron processors are well-suited for the blade server market. These smaller servers can be less-expensive to acquire than traditional servers and run cooler than their full-size counterparts.

The AMD Opteron processor continues to gain wide-ranging acceptance, with increased endorsements from Fortune 1000 companies, the clustering and High Performance Computing arena, database computing and workstation customers who rely on compute-intensive applications like financial modeling, digital content creation and CAD. A listing of companies offering AMD Opteron processor-based products can be found at www.amd.com/serverpartners and www.amd.com/workstationpartners.

About the AMD Opteron(tm) Processor

The AMD Opteron processor is based on AMD’s eighth-generation processor core, which marked the introduction of the industry’s first 64-bit, x86 technology implementation. This technology preserves companies’ investments in 32-bit applications, while allowing a seamless transition to 64-bit computing as those companies require. The AMD Opteron processor is designed to deliver high-performance server and workstation solutions for today’s most demanding enterprise applications. The processor is scalable, reliable and compatible, which can result in lower total cost of ownership. Key AMD Opteron processor innovations include an integrated memory controller, which reduces memory bottlenecks, and HyperTransport(tm) technology, which increases overall performance by removing or reducing I/O bottlenecks, increasing bandwidth and reducing latency.

AMD (NYSE:AMD) designs and produces microprocessors, Flash memory devices and system-on-chip solutions for the computer, communications and consumer electronics industries. AMD is dedicated to helping its customers deliver standards-based, customer-focused solutions for technology users, ranging from enterprises to government agencies and individual consumers. Founded in 1969, AMD is a Standard & Poor’s 500 company with global operations and manufacturing facilities in the United States, Europe, Japan and Asia.

AMD on the Web

AMD, the AMD Arrow logo, AMD Opteron and combinations thereof, are trademarks of Advanced Micro Devices, Inc. HyperTransport is a licensed trademark of the HyperTransport Technology Consortium. SPEC is a registered trademark of the Standard Performance Evaluation Corp. Other product and company names are for informational purposes only and may be trademarks of their respective companies. 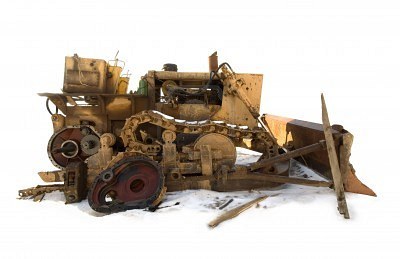