Very touchy subject for some. For others, RAM is RAM, right? Right!!

If you plan on just running at stock speeds, then your hunt for memory just became easier. Not by a whole lot, but nevertheless, easier. With AMD platforms, the requirements for memory are more varied, due to the fact, that there are several different models of processors, many of which are utilizing different bus speeds. Higher end Athlon XPs, like the 3000+ and 3200+, require the use of at least DDR400 while lower end ones may be satisfied with the use of DDR333 or DDR266 modules. Newer C Stepped P4s, all require DDR400 for optimal performance. My only suggestion is to never buy generic RAM and for good reason. There are three factors that go into the quality of a memory module: good quality chips, quality printed circuit board (PCB), and manufacturing. None of these factors are present on poorly manufactured modules. How do you tell what’s poorly manufactured? Simple, those are cheap and you don’t see a name of a company attached to it. So really, when buying memory for typical operation, buy something that’s fairly well known. As an IT professional, I work on a fairly large network. I’ll conservatively estimate, that group of PCs has 500 memory modules collectively. We buy name-brand memory (Crucial & Kingston Value) exclusively. Crucial, a division of Micron Technology, are probably the best known as one of the leaders in system memory upgrades. Crucial has a solid reputation for quality that they have earned with trustworthy products and service.

If your intent is to overclock, I can’t stress this enough – YOU NEED HIGH QUALITY COMPONENTS!! I can’t tell you how many times I’ve tried to help people out with overclocking their systems and come find out that the one problem was they have no-name PC2100 DIMMs stuffed in their slots. Ick. One thing I can say with certainty is that you should buy PC3200/PC3500 at the bare minimum for any new system – AMD or Intel – if your sole purpose is to overclock. Not only for overclocked systems but for the sake of performance in general. Usual brands of choice for enthusiasts are Mushkin, Corsair, OCZ and Kingston’s HyperX. Experience dictates that the advantages of fast memory are worth the slightly higher price that you have to pay to get it. Depending on the brand there isn’t really much of a price differential between quality PC2700 and PC3200, to not get PC3200. Quality RAM is not always expensive, but expensive RAM is often quality.

However, buying much faster RAM isn’t always the best idea, especially for AMD chipsets. Overall, PC4000 and higher modules are optimized for Intel platforms and are quite often incompatible with AMD systems. High speed DDR (PC3700 and all the way up to PC4500) generally, sacrifice all the useful functions (i.e. lower timings, compatibility with motherboards, ability to run in async mode) for the sake for attaining stable operation at high speeds. An individual buying these speeds of memory must have enough budget (or a fat trust fund) to avoid disappointment in the event of unsatisfactory results. Otherwise, it is advisable to stick with lower latency PC3200 or PC3500 modules. Consider that Fighter Jet A is your Corsair XMS PC4400 memory and is built for super-fast speeds, but cannot maneuver as well as Fighter Jet B which is lower latency Mushkin Level II PC3500. In a dog fight on AMD terrain, Fighter Jet B will win because the terrain is mountainous and requires more maneuverability. Likewise, Fighter Jet A would have more of a chance on Intel terrain because on such a terrain speed matters more and maneuverability (or latency) isn’t as important. But since, as discussed earlier, we can realistically use an async mode on Intel systems, it may well prove that doing so and using top quality PC3200 or PC3500 memory and their attendant lower latency will allow Fighter Jet B to triumph in most all cases.

Bottom line is, don’t skimp on your RAM selection. You’ll be kicking yourself later if you do. But just the same, don’t assume that because a particular memory type is expensive it is also superior for your application or intended use. Make all effort to avoid generic brands as they are famous for cutting corners during production and burning the wrong values into the SPD chips. Unhappy buyers are forced to struggle with poor performance or system crashes without knowing exactly why.

Why are you recommending PC3500, when my motherboard only supports PC3200?

Memory modules really have no fixed speed. Like the tire to a car, there is a “rating” on it. When a tire is rated to be 150mph, it means it can run as fast as 150mph maximum. It also means that it can run at any speed lower than that. It is also quite safe to say that the tire should also withstand at 160 mph, just not as “safe” according to the Government’s test environment.

Memory is very much similar in this way. Many people ask if a PC3500 or PC3700 module would run/blow up/be compatible in a motherboard originally designed to use PC3200 or PC2700. The answer is, hell ya! JEDEC (the “government”) has only approved PC3200. This reason, coupled with the fact that no processor really needs memory rated higher than PC3200, are causes for motherboard manufacturers not stating support for newer, faster modules. But higher rated speeds of DDR are always ‘backward compatible’ so to speak, or capable of running at lower speeds. Older systems stand to gain from newer and faster modules. Even if they can’t run the module at its top supported frequency, you can still tweak the timing parameters to maximize performance at lower clock speeds, that otherwise would not be possible at higher clock speeds or with lower-rated modules.

How much is enough?

That, of course, depends on how you use your PC. When you determine memory needs, you’ll also want to consider what your needs will be six months to a year down the road. If you think you may be upgrading your operating system or adding more software or doing further system upgrades, it’s a good idea to factor that into the equation now. Before you actually upgrade or buy new system memory, you need to obtain a few facts about your motherboard. The first bit of information you need is the amount of RAM that is currently installed, if you’re upgrading. If you bought/built your PC a while ago and don’t remember how much memory it has, there’s a simple way to check without getting inside the box. Right-click the My Computer icon on your Windows desktop, and select Properties from the pop-up menu. On the General tab, you’ll see the amount of installed memory listed in the lower right side of the box, just below the information about your PC’s processor.

Next, you need to determine how much memory your PC can handle. Every PC has an upper limit that is determined by the motherboard’s chipset, which, in very simple terms, works as a bridge between the processor and the memory. Most new PCs have a maximum memory capacity of between 1GB and 4GB–more than you’ll probably need, unless your job is calculating rocket-reentry effects for NASA. 4GB is the addressing limit for 32bit operating systems and processors, so until 64 bit devices and their supporting operating systems become common it is unwise to aspire to more than 4GB of memory. Chances are you already know exactly how much memory your motherboard can take, if you don’t check your board’s manual or inquire elsewhere.

Will more memory speed up my computer?

That depends almost entirely on how much memory the tasks you do on your computer take. If you are running simple or older programs that simply are not memory intensive, additional memory largely cannot help you. But over time operating systems and applications tend to require (and therefore benefit from) increasing amounts of memory, and in most cases it’s hard to have too much.

More memory will not increase the speed of the CPU, but it will reduce the time a CPU spends waiting for information from a hard drive. The operating system and applications will be able to load more of their data into ram at once, and the dependence on virtual memory will be reduced. Since RAM provides data to a CPU faster than a hard drive, you will not have to wait as long for programs to execute in most cases. If you want your computer to run considerably faster in nearly all cases, consider upgrading the CPU or overclocking.

Companies like Corsair, Mushkin, OCZ, etc sell what they call “dual channel” memory, or Dual Channel Kits. These are sold in pairs, meaning, you might buy a 2x256MB Dual Channel Kit, which consists of 2 sticks of 256MB DDR memory paired together by the manufacturer for a total of 512Mb.

Companies don’t just throw two sticks of RAM together to produce these kits, but they don’t necessarily produce a totally different batch of RAM either. Testing or qualifying Dual Channel memory might involve something as simple as technicians booting up pairs of RAM in a Dual Channel motherboard and ensuring they work together under a set of conditions, or it could be more complicated, including so called “SPD” optimizations and even chip selection. For your purposes, you should assume that Dual Channel memory is qualified through testing as all companies will claim that every pair of Dual Channel memory is tested for dual channel operation prior to being packaged.

Will Non-Dual Channel Matched RAM work in my dual channel motherboard then?

It most certainly, will. As long as it fits the requirements of Dual Channel operation (two of the same types of memory, same size modules, speed, etc). Two modules of the same model/brand purchased from the same vendor at the same time is essentially as likely to work properly in a dual channel configuration as is a dual channel kit.

There are instances of people using two different types of RAM together and have had no problems. You can’t damage your motherboard or RAM just by trying to use two un-identical module in Dual Channel mode. But be advised that if the machine is unstable for any reason, it is entirely possible to corrupt your data upon operation of the machine. Mis-matched memory sticks in a dual channel configuration often produce unstable operation, so as with any new overclocking or upgrading venture make sure you have adequate backups so you can recover from a data loss.

The battle for cool RAM heats up 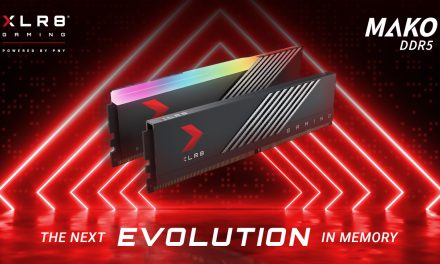 Squeeze a little more out of your Ultrabook with 1.35V RAM?