Chaintech was one of the few manufacturers to use the nForce3 chipset in a retail board. Can they ride on the success of their nF2 product line with this K8 version of their Zenith line?

Chaintech has been rising in our ranks of favorite motherboards for their performance, overclocking, support and large bundles of goodies.  Of course, all of that rises the price tag a bit, but what doesn’t these days?  Our first review of a Chaintech board was the 7NJS nForce2 Motherboard way back in January of 2003.  Then they were one of the first to utilize the NVIDIA chipset and today they are doing the same — coming out of the gates with one of the few motherboards based on the nForce3 150 chipset available.  We’ll talk more about why that is in a bit.

The NVIDIA nForce3 150 chipset was first launched way back in April of last year supporting the Opteron series of processors under the nForce3 Pro psuedoname.

nForce3 150 chipset pickup has been anything but quick — for every nForce3 150 board I received, I would get 5 of VIA’s K8T800 chipset.  The reasoning behind this came down to a couple reasons: price and availability.  The NVIDIA chipset was more expensive in the long run as the 150 chipste does not support Serial ATA or RAID of any kind on its own.  Motherboards wishing to implement these features needed to purchase external 3rd-party chips to implement on their boards.  However, on the other hand, the VIA VT8237 south bridge chip used on the K8T800 chipset, supported both SATA devies (2 channels) as well as RAID options.  The VIA K8T800 chipset was also widely available at the launch of the Athlon 64 processor in September, while motherboard manufacturer’s that did want to use the nForce3 chipset were scrambling.  There was a shortage of these chipsets, for whatever reason.

The nForce3 150 chipset is a single chip design that implements the remaining features of the north bridge (AGP mainly) and the south bridge into a single chip.   This saves board space as you no longer need a communications bus between the chipsets but limits the expansion possbilities — for every south bridge enhancement, the entire chipsets must be upgraded and changed.

On the horizon, NVIDIA is hoping to get past this speed bump with their next iteration: the nForce3 250 series of chipsets.  We should have a reference board on that soon, but for now, lets get on to the board at hand. 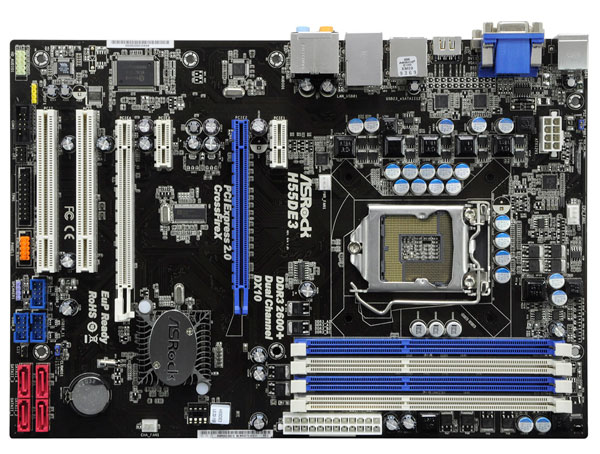