Months of guessing and speculation regarding NV40 go out the window as we take a look at how the new GeForce 6800 Ultra meets expectations.

Without question, 2004 is an exceptional year for gamers. Although games and graphics seem to be very cyclical, we are quickly approaching a crossroads of sorts. Right now, we are about to see an influx of titles which are far too demanding for a casual integrated solution. Rather, only a discrete solution can offer the type of performance these demanding new games will require. Looking at games such as FarCry, Doom3, or Half-Life 2 we see that the graphics and gameplay of these titles have taken a giant step forward from the rest of the pack and have distinguished themselves as a ‘next-generation’ game. In similar fashion, NVIDIA is now releasing a completely new architecture which is packed with performance features and functionality to ensure the gaming experience on these titles will be, ‘The Way It’s Meant to Be Played.’

If anyone were to criticize the last two flagship architectures from NVIDIA, the primary complaint would easily be shader performance in DirectX9 titles. Therefore, it should come as no surprise that one of the main points of focus in the design of the NV40 architecture was dramatically increasing pixel shader performance. Taking things one step further, NVIDIA’s engineers sought to add support for more features, specifically Shader Model 3.0. On top of this, the team managed to incorporate a whole new programmable video processor into the core allowing for a much larger range of applications. Amidst all of these technical innovations, the most surprising aspect of the NV4X architecture is the nomenclature. All cards based upon this new architecture will be members of the GeForce 6 series. Unlike previous generations, this new series does not carry the ‘FX’ designation. Although NVIDIA has its own reasons for this, it seems clear that they wanted to make it painfully clear that the NV4X architecture was totally new from the ground up and not a derivative of the NV3X series. Recently, we were provided with the new flagship of the GeForce 6 family of GPU’s, the GeForce 6800 Ultra. 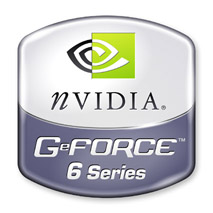 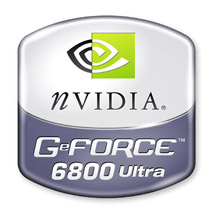 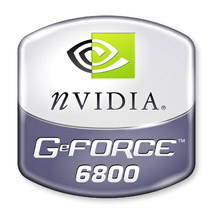 Those who remember the scenario involving TSMC’s new 0.13u process and the NV30 architecture will be relieved to learn that NVIDIA is staying at 0.13u for their flagship process and not jumping ahead to 0.11u. Evidently, the company realized that combining a totally new architecture with a premature process is a recipe for disaster. In this case, NVIDIA is relying upon IBM to manufacture their new core which weighs in with an unbelievable 222 million transistors. This transistor count easily makes the NV4X architecture one of the largest dies of its kind. Looking at the wafer image below, you can see that these cores take up a significant amount of real-estate. 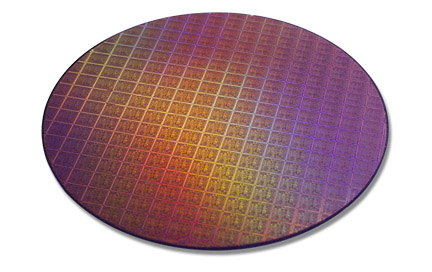