Prior to the official release of the GeForce 6800 Ultra, many people originally thought the card being shwocased at various shows was the polished version of the new flagship. It was not until NVIDIA took the wraps off the new card that everyone saw the true card equipped with a much more intricate heatsink assembly. 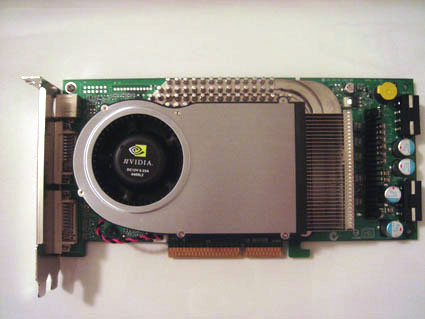 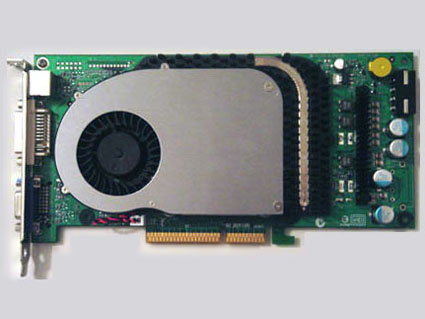 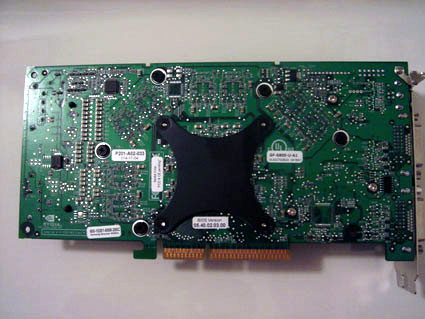 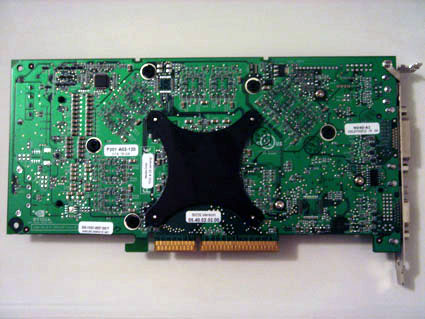 Turning the cards over, we find that there are no physical differences between the GeForce 6800 Ultra “Extreme” and the GeForce 6800 GT. The only exceptions here are the identification stickers designating the revision for the board and BIOS. 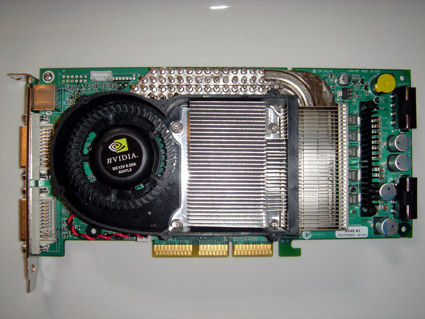 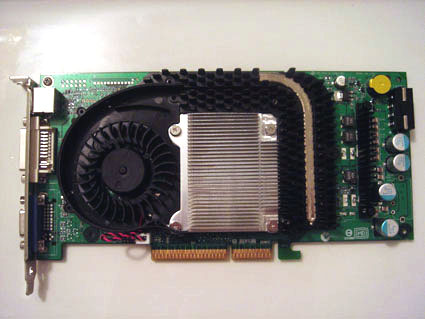 After partially disassembling the heatsink assemblies, we see that each version relies upon the same basic principles. A primary aluminum heatsink sits directly over the GPU. A fan to the left of the GPU pulls cool air in from above and directs it through the fins of the primary heatsink. Lastly, the passive memory heatsinks utilize a heatpipe to further cool the modules. This heatpipe is connected to an aluminum radiator which also receives the air directed from the fan. 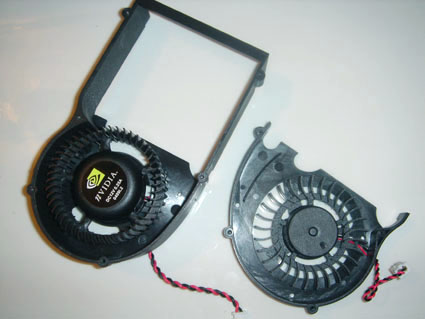 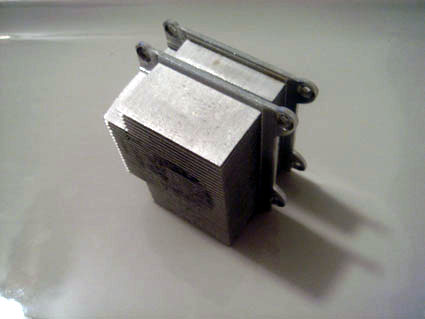 Taking things further apart, we see that the fans used in each case are slightly different. The fan used to cool the flagship cards features a much more dense orientation of blades. In practice, each solution did an exceptional job of cooling while remaining extremely quiet. When looking down upon each assembly, it initially seems as though the same primary heatsink is used for each card. Upon further inspection, we see that this is partially true. Though the same basic shape and construction are present, the heatsink on the GeForce 6800 Ultra and Extreme is much taller than the one found on the GeForce 6800 GT to accomodate for the additional heat. 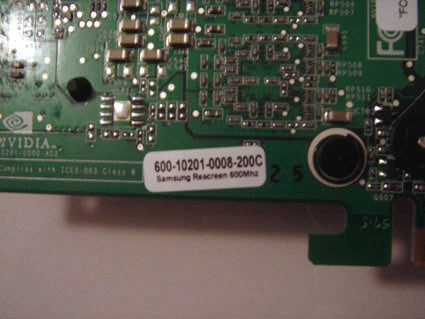 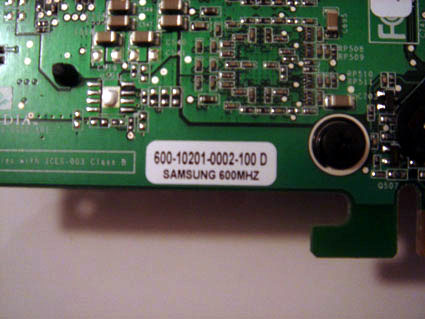 Looking back at our preview of the GeForce 6800 Ultra, we see that the board was equipped with Samsung GDDR3 modules rated for 600MHz. For some unknown reason, the board we were testing refused to operate correctly when running the memory at the rated 1.2GHz frequency.

“Moving our attention now to overclocking the memory, our initial target was anything above 1.2GHz as that is the default speed these modules are rated for. Surprisingly enough, that memory frequency would not pass the stability test in the drivers. In fact, the absolute highest frequency we could run was 1.19GHz. Hopefully, this strange scenario is limited to these reference boards and will be ironed out with the retail cards.”

Looking at the identifcation sticker for the GeForce 6800 Extreme’s modules, we see they are now referenced as Samsung “Rescreen” 600MHz. Perhaps Samsung gave NVIDIA a deal for their early reference boards on the 600MHz modules that didn’t meet spec? 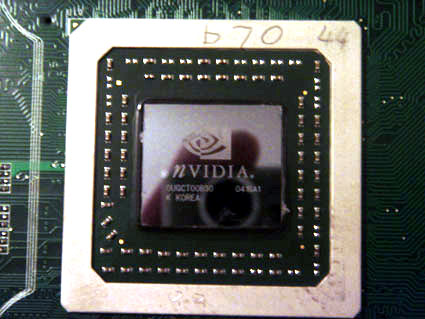 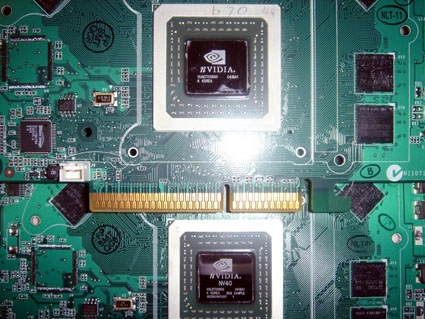 Looking at the cores, we immediately notcied that something was amiss. For all the years we’ve peeked at NVIDIA’s cores, they have always carried some sort of designation. When looking at the core on the GeForce 6800 Ultra and GeForce 6800 GT boards, we find the expected codename “NV40” clearly marked. However, uncovering the core of the GeForce 6800 Ultra “Extreme” we find no product marking whatsoever. Though it makes no difference, this is the first time we’ve ever seen a core from NVIDIA without any codename or final product markings. 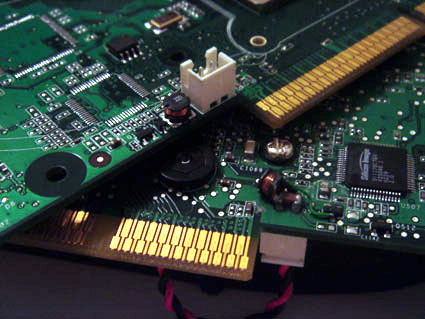 The early GeForce 6800 Ultra reference boards editors received were all equipped with a last-minute fix under the fan header. As one would expect, the solution is now much more polished and sits cleanly next to the fan header.