Yep, that was a lot of information to take in.  But let’s go over what is most important and what you should have gotten from this look at NVIDIA’s new platform technologies. 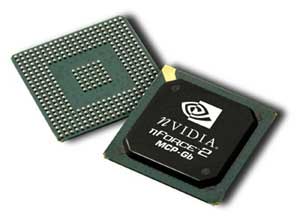 While it offers no performance gains over the original Ultra 400 chipset, the features that the “Gb” offers are a great addition to the Athlon XP line.  Serial ATA and RAID are long over due, but the Gigabit Ethernet and Firewall are unique features from NVIDIA that the competition currently has no answer to.  And free extras are always a plus when it comes to computer hardware and enthusiasts.  If you have a current Athlon XP setup, I wouldn’t set plans to sell your current hardware to get a “Gb” chipset motherboard, but if you are looking forward to another Athlon XP system in your future for a low cost solution, then the nForce2 Ultra 400 Gb is going to offer you the best performance we have seen here at PC Perspective for Socket 462 processors and the added benefits of Gigabit networking, firewire and SATA/RAID should seal the deal.

Congrats to NVIDIA for a great chipset for this processors’ final run and not ignoring those users that haven’t yet jumped on that 64-bit bandwagon. 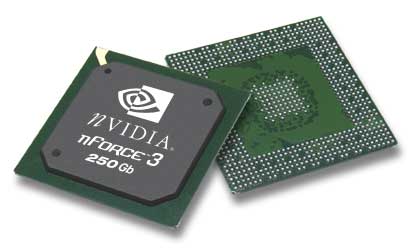 This chipset has been needed from NVIDIA since the release of the Athlon 64 processor back in September of last year.  While VIA had their SATA and RAID solution ready for the manufacturers and users, NVIDIA was continually have delays and problems that kept them from releasing an updated chipset.  This is indeed one of the down falls to a single chip solution — in order to modify even “south bridge”-like features, an entire respin of the chip is necessary and it can not be used on other platforms.  VIA’s VT8237, on the other hand, is completely independent of the north bridge and could thus be upgraded on its own release schedule and be applied to both the Athlon XP, Athlon 64 and P4 line of chipsets very easily.

The performance increases that we saw from the nForce3 150 to the 250 revision were just enough to put NVIDIA on par with the latest from VIA — something they desperately needed to do.  Now with a chipset that is just as fast and finally having more features, they have the opening to extend their marketshare in the Athlon 64 market.

NVIDIA is on the right track here.  By coming up with new features and options for the customer besides trying to focus on getting that last single 1% of performance, NVIDIA is offering something different than we have seen in the last four years of computer hardware.  Since the introduction of the Athlon 64’s on-die memory controller, the need to differentiate chipsets in other ways than performance has become a must and the feature set that NVIDIA has set up is a great way to do that.