When NVIDIA first approached me with information regarding their implementation of a personal firewall on the nForce3 and nForce2 platforms, I was skeptical.  But after playing with it for several weeks, I have been tuned in on this feature and find it be a great addition to both NVIDIA’s arsenal of hardware and software for the user.

The NVIDIA Personal Firewall software has features built directly into the chipset that allow it to be more effective and more efficient than other thrid-party software firewalls.  Because the NVIDIA firewall is hardware based from the chipset, it loads as soon as the NVIDIA drivers load during the boot process.  Other applications must load much later in the process of boot up and this can give certain harmful worms and viruses the extra room they need to be effective against your PC.  Also, because NVIDIA both developed the hardware and the software, they have been sure to optimize the software to perform with as little overhead as possible and with as little affect on the networking throughput and CPU usage as possible.

The setup and configuration of the NVIDIA firewall is all done through your web browser allowing for cross-platform usage. 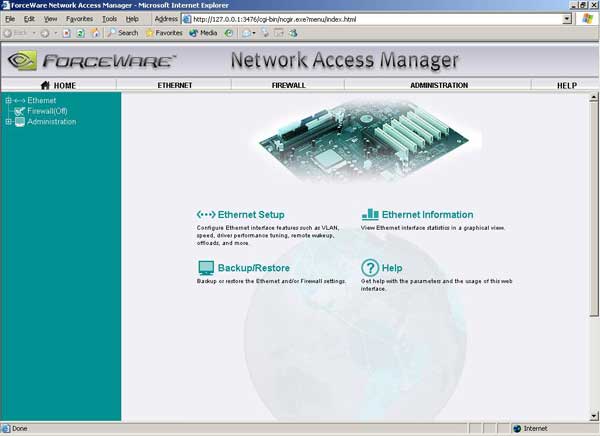 This is the screen you get when first accessing your firewall configuration options.  There are options to change the setup of the Ethernet, get information and statistics on the Ethernet and even to Backup and Restore firewall settings. 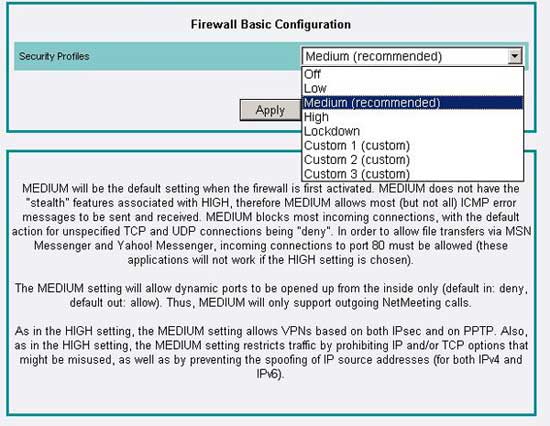 Your basic configuration looks like this and allows you to select from a sample of pre-assembled settings for the firewall including Low, Medium and High as well as having the ability to customize your own settings. 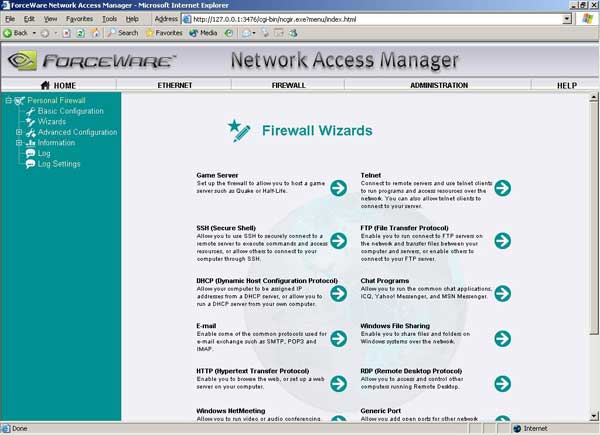 NVIDIA has provided an easy way to automatically configure your Firewall settings using step by step wizards to walk you through this sometimes difficult task.  Wizards are included for games, telnet, SSH, FTP, DHCP, chat and much more. 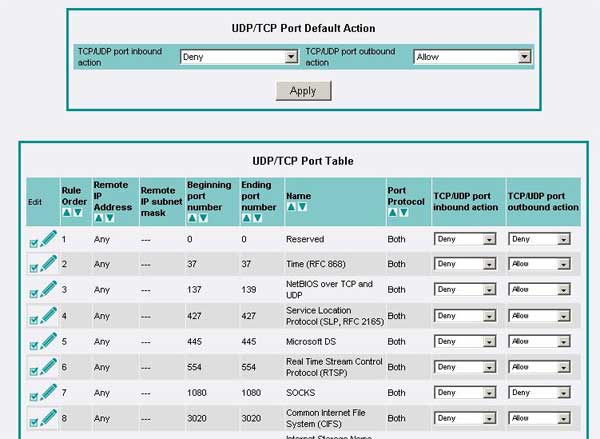 This is the beginnings of the advanced configuration settings.  Here you can setup your firewall exactly as you would like it, without the use of wizards.  These options are what anyone that has used a firewall in software or router might have seen previously. 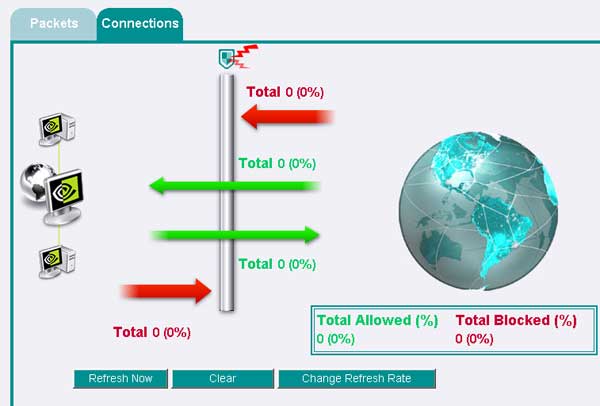 Here is a look at some of the statistical data that you can get from NVIDIA firewall software as well.

And here is some of the logging data that the firewall records as well.

The NVIDIA Personal Firewall is really a great addition to the Forceware suite.  This is a feature that NVIDIA nForce users are going to be getting for free, included in their driver downloads for the nForce3 250 Gb and nForce2 Ultra 400 Gb.