More often than not, we are asked by readers which graphics card they should buy. Those who rush to the conclusion that the fastest and most expensive solution is their best option typically find themselves somewhat disappointed with their results. Regardless of how fast the graphics card may be, the additional speed will never be realized if there are other bottlenecks within the system. For most the general rule is that money spent on upgrading would best be suited towards a new processor and a mainstream/higher graphics card than on the latest flagship card alone. That being said, the latest generation of graphics cards have taken an enormous step forward in terms of performance. Do the traditional rules to upgrading still apply these days?

In order to answer that question, we benchmarked a wide variety of cards at a resolution of 1600×1200 with and without eye-candy. The runs were completed with the CPU clocked at 2.4GHz, and then repeated at a CPU speed of 3.2GHz. In a final attempt to remove any CPU bottleneck, the processor was clocked at 3.6GHz with the CPU and memory running a 240MHz Front-Side Bus. 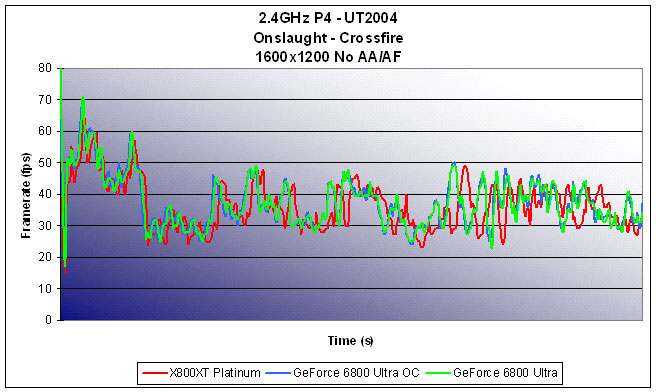 As expected, the lowest-clocked benchmark failed to stir any of the newest graphics cards. At this point, the CPU is preventing the true speed of the cards from being visualized. 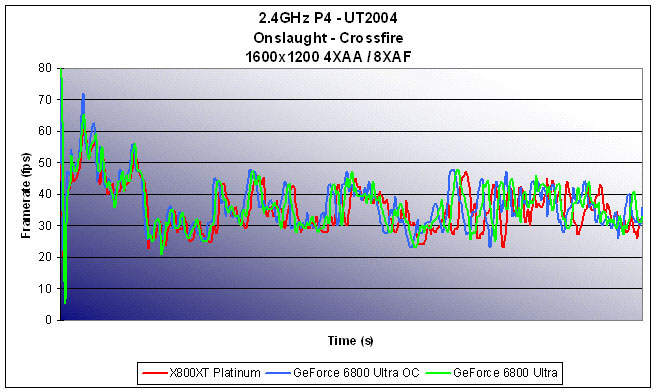 Enabling a healthy dose of eye-candy at this resolution still fails to lessen the effect of the CPU bottleneck we are seeing. 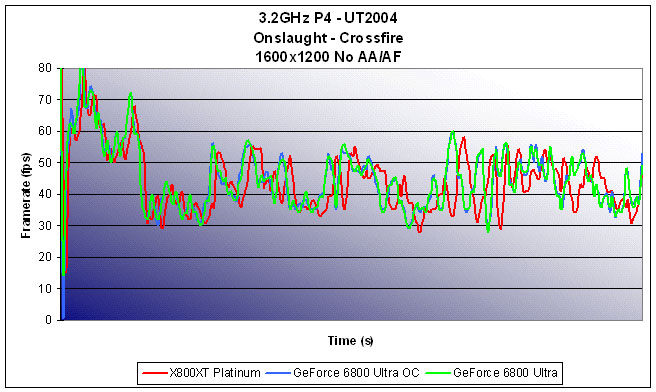 Although the results for the three cards are beginning to fall out of phase with one another, the exact pattern for the results remains the same. Even at 3.2GHz, the benchmark is still CPU-bound. 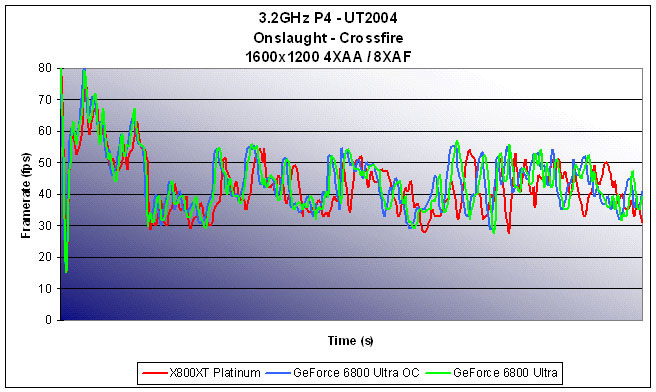 For the first time, we begin to see the slightest difference between the results. Given the fact that we are dealing with less than 5fps, these variances are still within the margin of error for testing. 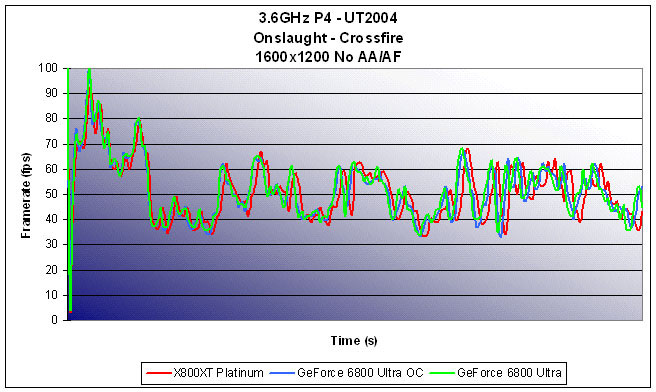 With no eye-candy enabled, the CPU still remains a bottleneck for the system. This is somewhat surprising given the fact that we’re running at 3.6GHz, which is faster than anything Intel currently sells on the market (frequency-wise). 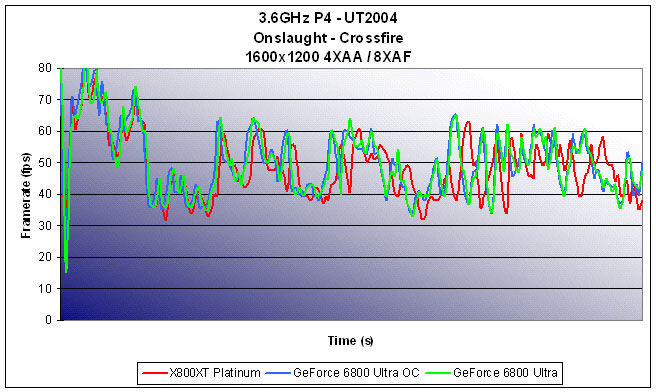 As was the case earlier at 3.2GHz, we see the NVIDIA cards hold a very narrow advantage over the flagship ATI card. Though present, the difference is hardly appreciable and is still within the margin of error for the benchmark. Despite our best efforts, these graphics cards still require a faster CPU to show their true strength in this benchmark. UT2004 fans running anything but the latest and greatest platforms need not apply as you will not see the results of your second-mortgage in this title with your current system.