After seeing how much CPU power was needed to relieve the CPU bottleneck for the flagship cards, we were eager to benchmark the more mainstream cards and see if they followed the same trend. For comparison’s sake we included the performance champion from the previous generation, the Radeon 9800XT. Does this new crop of graphics cards even give people who spent $499 a few months ago reason to go upgrade?

In order to answer that question, we benchmarked a wide variety of cards at a resolution of 1600×1200 with and without eye-candy. The runs were completed with the CPU clocked at 2.4GHz, and then repeated at a CPU speed of 3.2GHz. In a final attempt to remove any CPU bottleneck, the processor was clocked at 3.6GHz with the CPU and memory running a 240MHz Front-Side Bus. 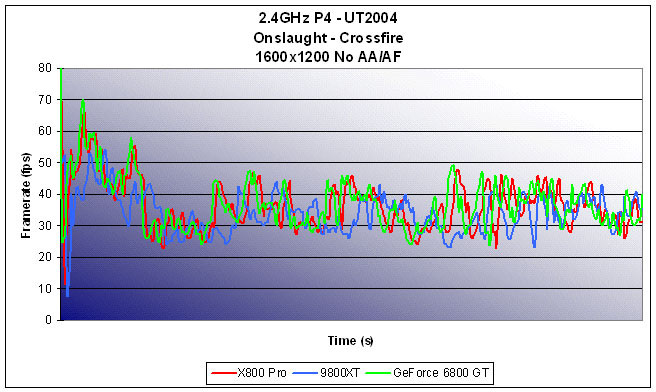 Despite running at the lowest CPU speeds tested, the previous flagship 9800XT is already being surpassed by the newer-generation cards. Apparently, the new cards are less reliant upon CPU horsepower than the previous generation. 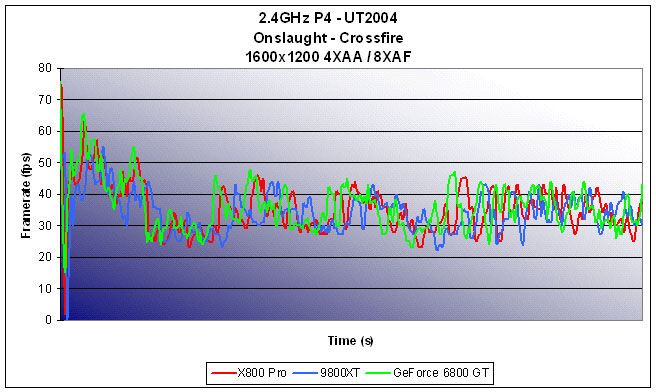 Enabling the eye-candy results in the 9800XT flexing its muscles somewhat, bringing the previous peak difference of 15fps down to 10fps. Regardless, the X800 Pro and GeForce 6800 GT manage to edge it out in overall performance. 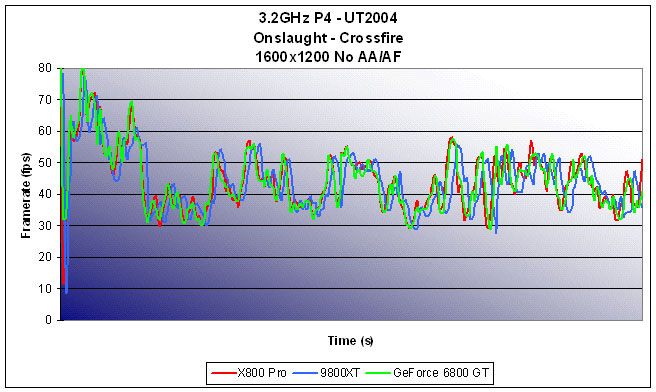 With an additional 800MHz of CPU power added to the equation, the Radeon 9800XT fights back to run on par with the newest cards. 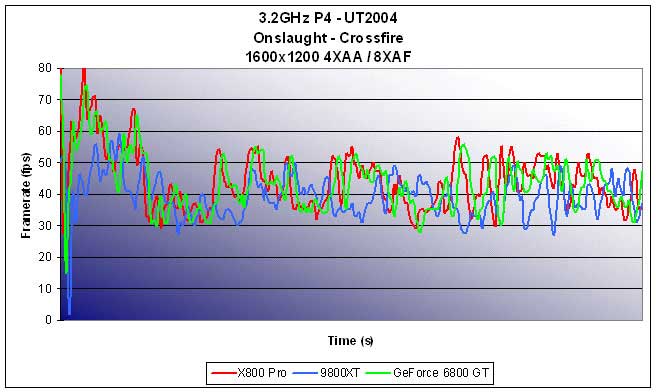 Though a valiant effort, the X800 Pro and GeForce 6800GT make short work of the 9800XT once eye candy is enabled. Whereas the cards were neck and neck before, the addition of enhanced image-quality settings gives the new cards almost a 20fps advantage in some scenes! 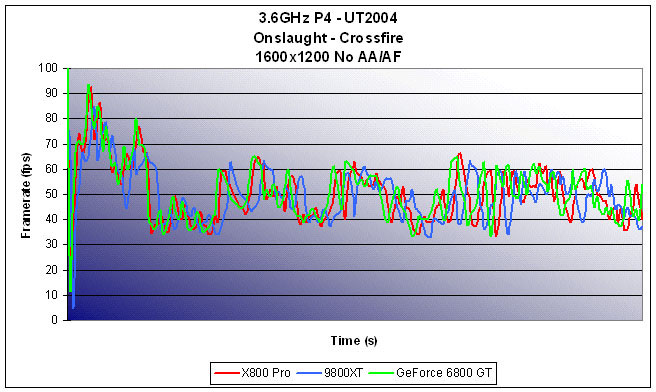 Those who are content with no eye-candy at a high resolution will be pleased with any of the three cards tested as they all turn in the same relative performance. Here, the cards are too close to determine any one model the fastest of the group. 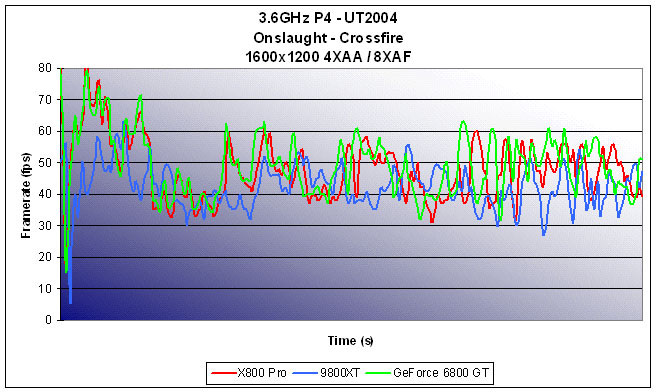 One glimpse of the results with the eye-candy enabled and it is clear that the next-generation cards are anything but an incremental improvement even in CPU-bound games. Once again, we see the $399 cards abuse the recently $499 Radeon 9800XT and anything else from the previous generation. UT2004 fans who appreciate eye-candy must reward themselves with one of these new cards. Anyone gaming with a CPU of roughly 3GHz will surely see a marked improvement upgrading to one of the latest $399 graphics cards.