The NVIDIA reference board is seen here. 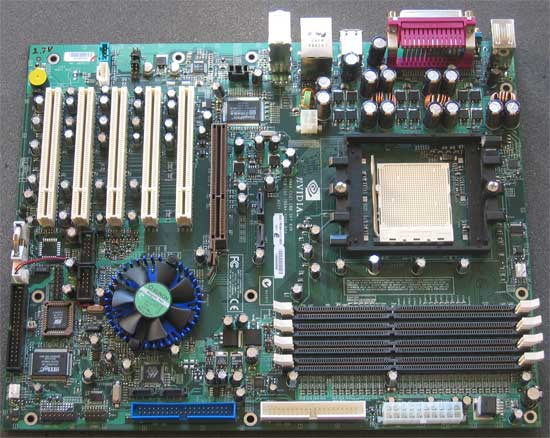 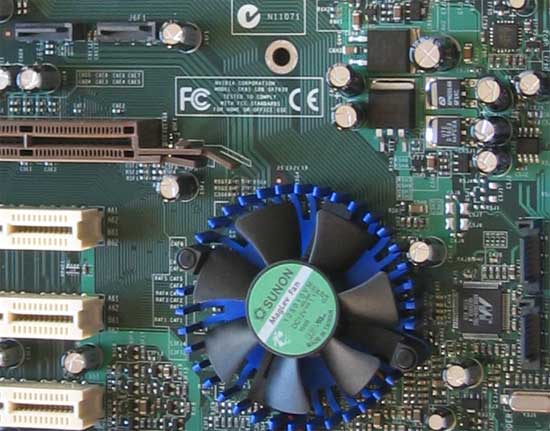 It is interesting to see the chipset on the nForce 3 Ultra motherboard with nice heatsink / fan combo installed on it.  We had noticed the chip getting unusually warm during pre-testing and their inclusion of a fan on it just shows that all those features they are including cause some power consumption.

As it is a reference board, I won’t criticize the lack of color coding on the memory ports for dual channel support or the oddly sized PCI slots that made card installation a pain.  🙂

One of the new changes the Ultra chipset is going to offer, if motherboard manufacturers get to implementing it is something called NVIDIA AutoTuning.  It is similar to something we have seen in other boards, where the processor is overclocked automatically for the end user, but only in times when the overclock is needed.  In other words, when you are doing a difficult task that seems processor bound, the AutoTuning feature attempts to overclock a bit to give you additional speed.  We cover this a bit more and show the performance gains on a later page. 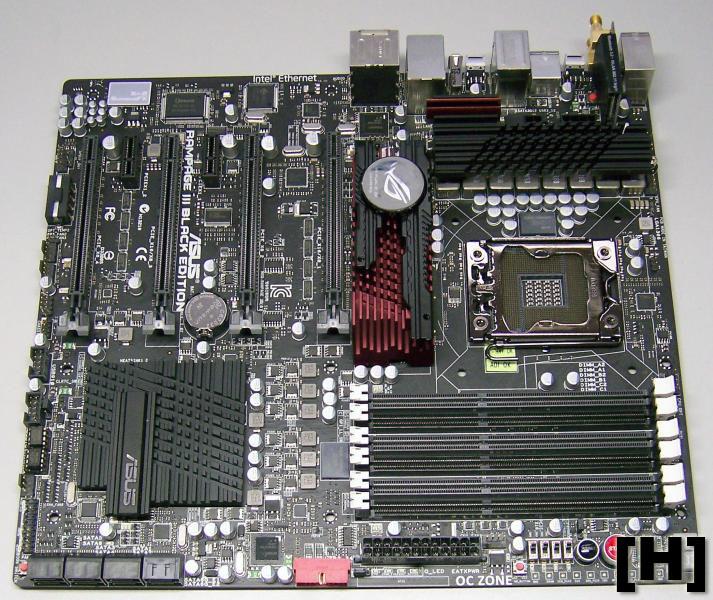