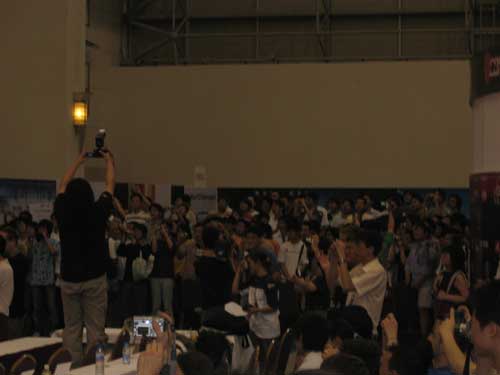 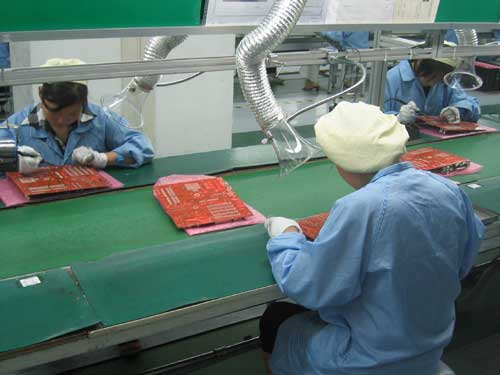 Once again, Abit employees check over the soldering work done by the machines and make any necessary fixes and corrections.  Those tubes above their heads are inhaling hazardous fumes that may come from the fresh solder. 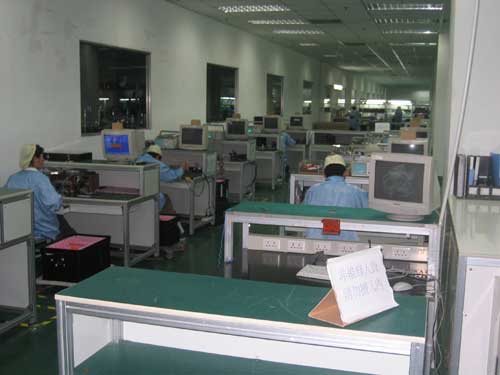 Here we see the spot repair station, used when a motherboard at any point fails to pass a test or needs more than quick solder addition that the line can’t do quickly enough. 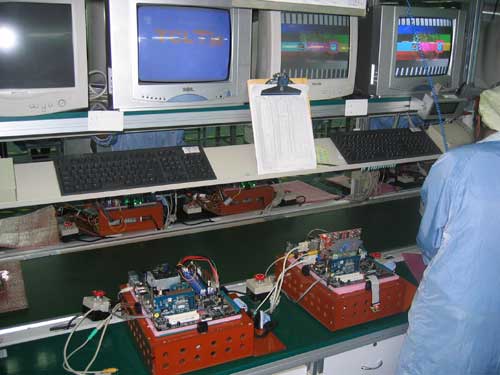 Finally, after the board is finished, each one is tested for compatibility and reliability at one of these motherboard testing stations. 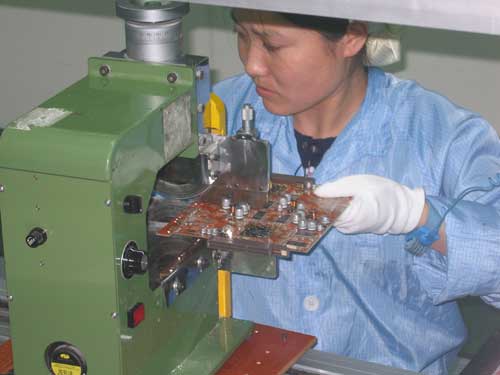 Here we see an Abit employee cutting apart a PCB used in a graphics card SMT line.  Each PCB actually produces two graphics cards for this run, and they need to be separated before running further on the line. 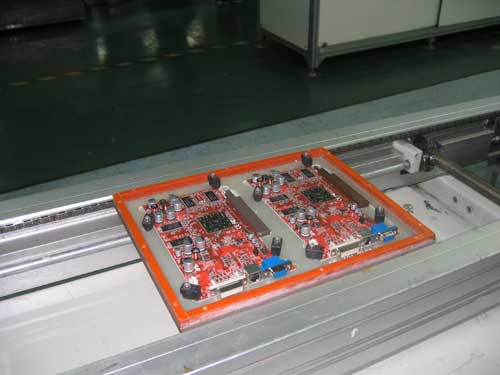 Here is the result — two graphics cards with an AGP connector already on the card for quick testing purposes.  The AGP slots are of course removed before packing and shipping. 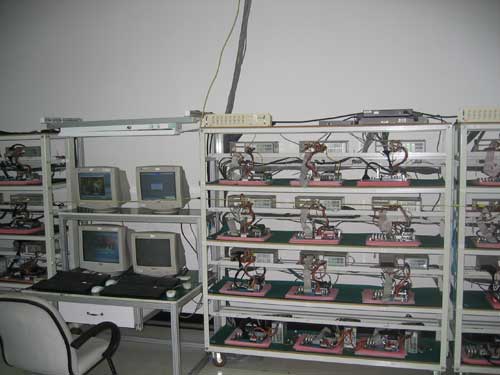 Part of Abit’s QA program we see a wall full of motherboards and graphics cards being tested for many hours for reliability testing. 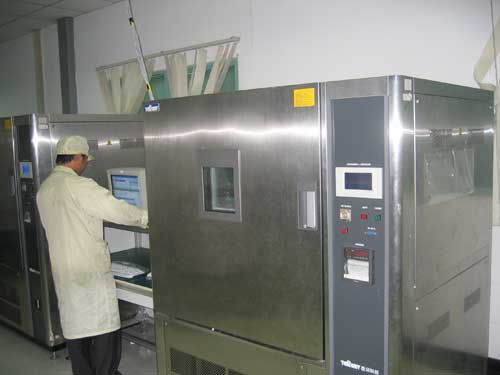 This is the environmental testing, where Abit currently puts the motherboards through a stress test running from -40 degrees Celsius all the way up to +70 degrees Celsius! 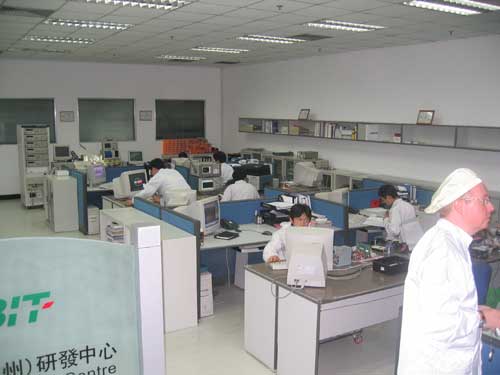 They wouldn’t let me any closer than this, but here is a shot of the main Abit R&D labâ€¦I wonder what’s going on in hereâ€¦.

That was the end of the tour, but I did find another interesting item to take a snap shot of: 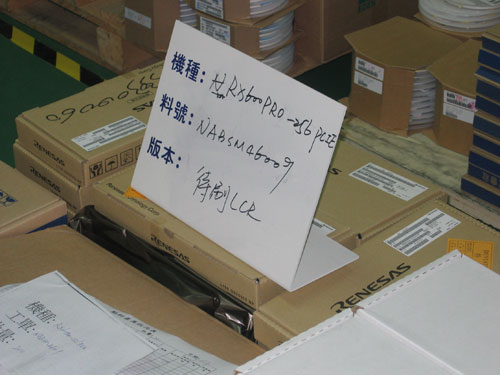 In the shipping department there was a stack of RX600 Pro PCIe cards ready to ship — my smock just didn’t have pockets big enough to nab one, heh.

Well, that concludes our tour of the Abit factory near Shanghai, China.  I was very impressed with the amount of testing and quality assurance that Abit puts into their production line.  After nearly every step of creation, the boards are getting a visual inspection, machine inspection or both in some cases.  By using the top quality components that Abit has and keeping their facility among the top in terms of production quality, they are set on keeping the name Abit synonymous with quality computer components for the foreseeable future. 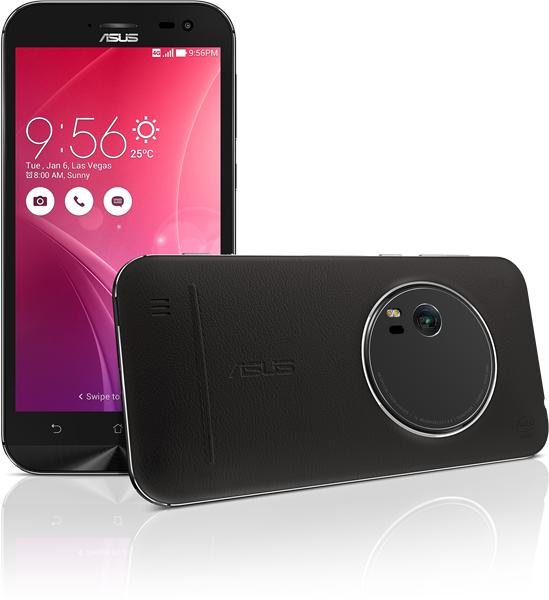