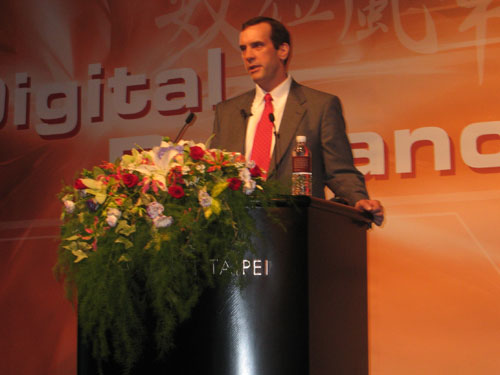 Dirk Meyer is responsible for product development at AMD, and is therefore one of their key architects.  He was the director of engineering in 1996 and before that was involved in the development of the Alpha 21064 and 212654 microprocessors.

Dirk’s main focus during his keynote was on the advantages of the x86 architecture.  When AMD originally set out to build a 64-bit processor, the major OEMs and customers stated one thing to them: don’t turn your back on the established x86 architecture.  In fact, Dirk made quite the bold statement during this speech, that in no uncertain terms, the x86 instruction set is the only architecture the world would ever need.  The ability to create new instruction sets is yesterday’s news, he claims.

Dirk made this claim by first offering the common reasons for wanting a new instruction set.  They include more performance, lower cost and lower power.  Meyer believes that the time is past for the performance argument, as other instruction sets that have attempt to out perform the x86 architecture since its inception have failed.  And as for the lower cost and power argument, he offers the below graphic of the current Opteron core breakdown.  On this slide, the only part NOT colored in is the amount of overhead the instruction set entails: something in the area of 2% or less.  In the overall scheme of processor design, varying the instruction set then offers very little room for improvement in those areas as well. 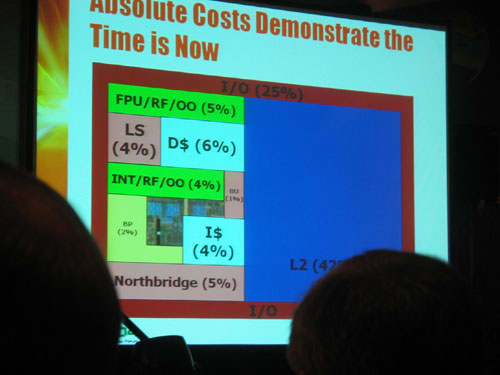 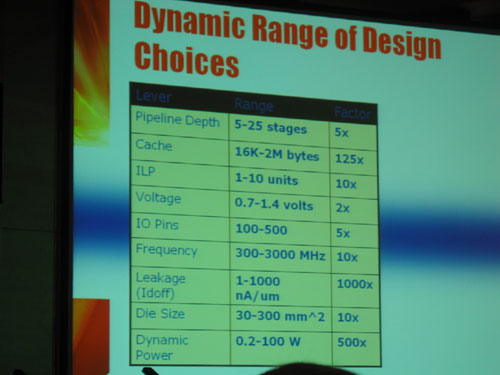 And finally, just as Wenchi Chen of VIA was stating, Meyer firmly believes that the x86 architecture is going to proliferate into everything in the PC market and in the consumer market.  This includes workstation, TVs, cell phones, appliances: pretty much anything that the electronics market touches.  Certainly this is bold transition, but with both VIA and AMD, and possibly Intel as well, pushing in this direction, there is no telling the leaps and bounds by which this will evolve over time. 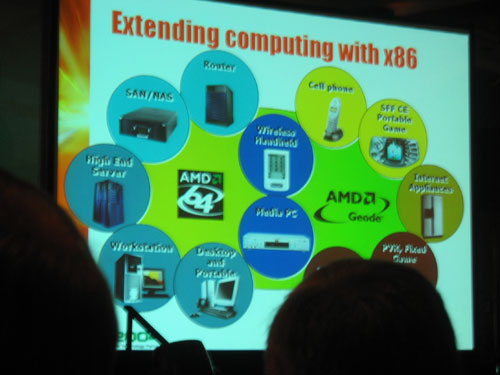 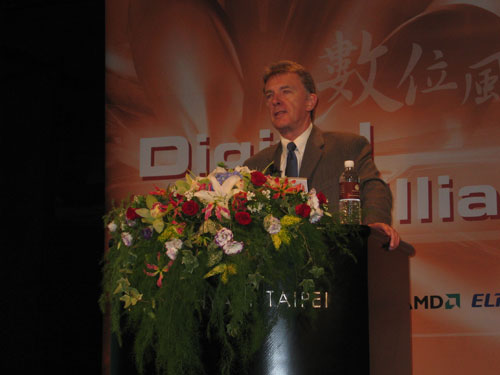 John Peddie is an independent industry analyst that got his start in the graphics world as early as 1962.  He now is a one of the most widely known consulting market forecaster and is frequently seen on CNN and TechTV.

Peddie had some interesting market numbers that I thought pertained our readers here that I want to share.  First, his research has concluded that there is 5-7 million enthusiast, hardcore-gamers in the market that are willing to spend $100-1500 a year on their hobby of computer gaming.  This information is something motherboard manufacturers look at when they are designing boards aimed at different market segments.  Even for myself, as the owner of PC Perspective, this kind of data is important to have as it allows me to calculate in some ways our reach into this segment.

He also stated that there are 20-30 million casual gamers, those that play games once a week or several times a month, but that this category is much more difficult to guage, so the numbers may in fact be off.  These gamers are willing to spend $1000-1200 every 18-24 months on their gaming system, but they don’t buy from the top of the line when they do spend their money.

Finally, John Peddie touched on a segment that pertains to many of our readers as well: the ‘connoisseur / hot-shot PC’ user.  This is someone who must have distinction in their computer, like the person on your block who always wants YOU to know that HE has the best television set in the neighborhood.  This segment is catered to by the VoodooPC and Alienware class computer, but this classification of user indeed has no brand loyalty, and this makes it hard for PC companies to keep customers over an extended period time.  These sales are estimated at 3 million units a year with growth at about 15% a year.  Peddie sees this as a sleeper market that not many large companies are paying attention to or understand how to properly attract.