Chewei Lin, VP of Chipset Marketing, VIA and Conclusion

VIA representatives took less than 10 journalists to the VIA HQ building during the day on Friday the 4th to meet more personally with the people behind VIA Technologies.  Our main discussion came from Chewei Lin, pictured below.  But CJ from the processor division of VIA in Austin spoke and Wenchi Chen dropped in for some discussion as well. 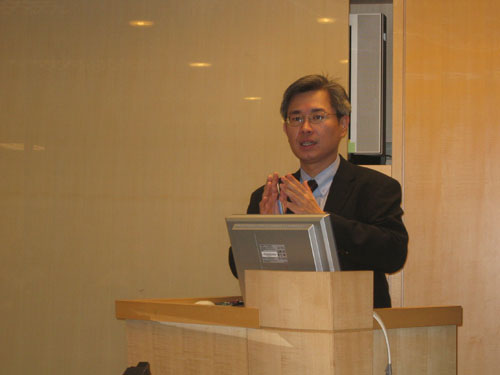 Chewei Lin is another speaker that is very unassuming if you aren’t paying attention to what he is saying.  He is able to go through a lot of information very quickly, without much of the PR bull that we get in truck loads from the American executives and PR representatives.  I will quickly touch on the points that he brought up to us in the meeting.

First, Chewei was adamant that the transition from current bus technology to serial bus interfaces was the way of the future, and so the PCI Express transition that we are going through is a beneficial one, in the long run, for the industry as a whole.  However, because it is being pushed upon us so quickly, there are more hurdles that we are having to jump in order to complete the migration.  He spoke of rumors in Taiwan that even Intel has very recently had problems with running 16x (16 lanes) of PCI Express in complete compliance and that is why sampling was late this time around.

Chewei sees that the PCI Express transition will be nearly complete in 6 to 9 months, which to me seems like a very fast migration.  Graphics cards, the main push behind the PCI Express migration at first, will still be mainly selling AGP interface cards through Q2 and Q3 of this year, and because of this, VIA’s goal is to provide flexibility for the customer and OEM with their x90 series of chipsets that supports both AGP and PCI Express.

The PT890, supporting both S478 and S775, is sampling to vendors now and should be in full production in August.  The K8T890 will be sampling next week and full production will begin in the late July, early August time frame.  In fact, he said that the K8T800 Pro just went into full production less than a week ago.  The K8M890 chipset, besides including the PCI Express that other chipsets of the naming convention include, will also add a new graphics core that is DX9 ready.  Though it won’t be breaking any graphics records, Chewei says that because ATI’s chipset division has some cost/performance ratio problems, they have a good chance to overcome ATI’s upcoming IGP chipset for the 939 Athlon 64 processors.

VIA’s next Intel chipset will feature support for the 1066 MHz FSB speed that Intel will be implementing in Q3 of this year, and VIA’s chipset will begin sampling in July.

On the VIA south bridge roadmap, the upcoming release of the VT8251 chip will continue to use the V-link bus, running at speeds up to 1 GB/s.  It still includes 8 USB 2.0 ports, 4 SATA channels, and Hi-Def audio.  I/O speeds up to the new 300 MB/s SATA standard will be supported by this south bridge as the V-link bandwidth is able to handle it.  This south bridge will also offer 2 lanes of PCI Express, allowing the motherboard vendor to choose either a single 2x PCI-E connector or two 1x PCI-E connectors in addition to what the north bridge provides.

On the horizon for VIA’s south bridge, VIA is going to be upgrading to a Hyper V-link that will use HyperTransport links at speeds including 2.0 GB/s, 4.0 and even 8.0GB/s.  Chewei said they made this choice because the south bridge will become more and more populated by PCI Express channels and SATA channels, and having enough bandwidth between the chipset is a necessity to taking advantage of these features.  The 2.0 GB/s speed of HyperTransport will allow VIA to support 4 lanes of PCI Express, 4 SATA channels and 8 USB 2.0 channels, in sustained transfer, and should be enough for the desktop market for the immediate future, Chewei stated.

Commenting on the memory industry and its direction, Chewei noted that DDR2-533 and DDR-667 are current generation memories available now and that DDR2-800 is still a bit off, but will be coming soon.  But beyond 800 MHz memory, the industry has not set a clear path for its next step.  Full buffered DIMMs are a possibility as is DDR3, but nothing has been finalized.

VIA has also said they are starting back into the server market.  Because VIA has such a large ratio of the K8 chipset market (90% according to Chewei’s chipset sales to processor sales ratio), this gives them a good opening for entry level server positioning.

The VIA Technology Forum is one of the most underrated events in the industry, in this tech journalists humble opinion.  From the keynote speakers and my meeting with the VIA brass, I got more information on the trends and upcoming technologies of the industry than I did the rest of the week at Computex.  When you compile that many bright minds in the semiconductor world together, and don’t try to spit out a lot of PR garbage and let the techs speak to the techs, a lot of great things can be learned and shared.

I’d like to thank VIA for inviting me out to the show again this year, and I look forward to attending again in the future. 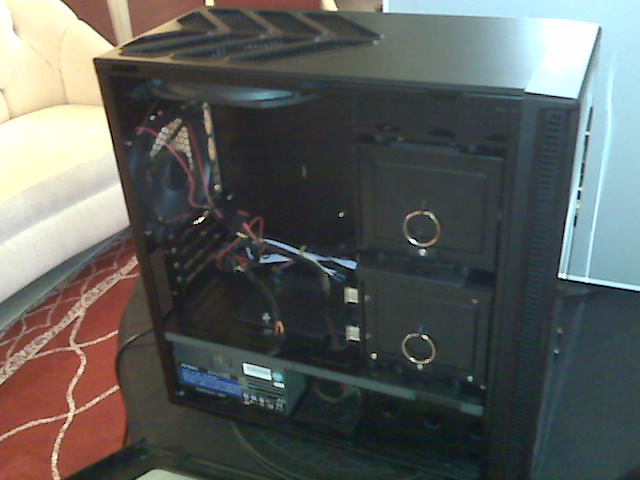 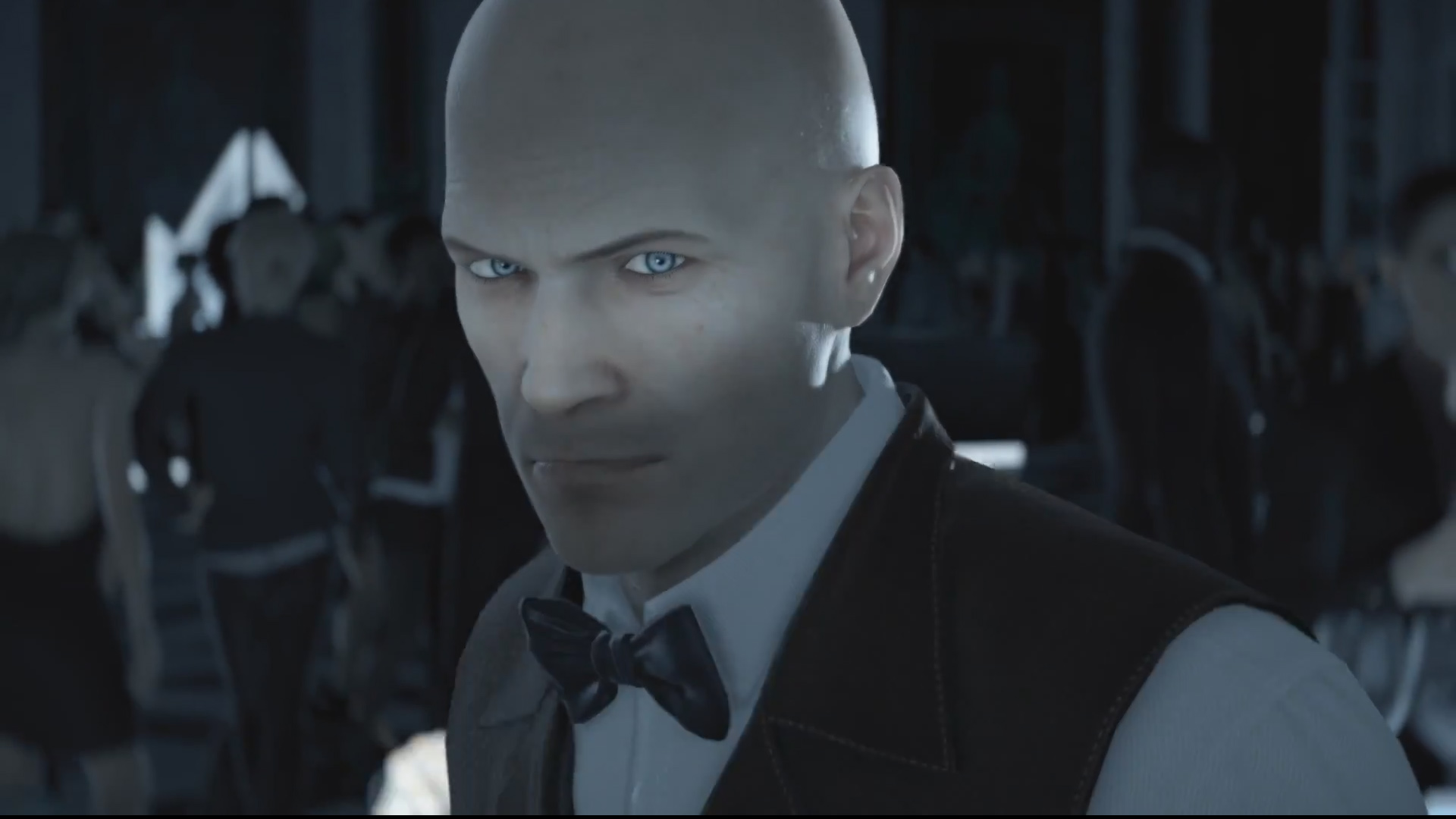 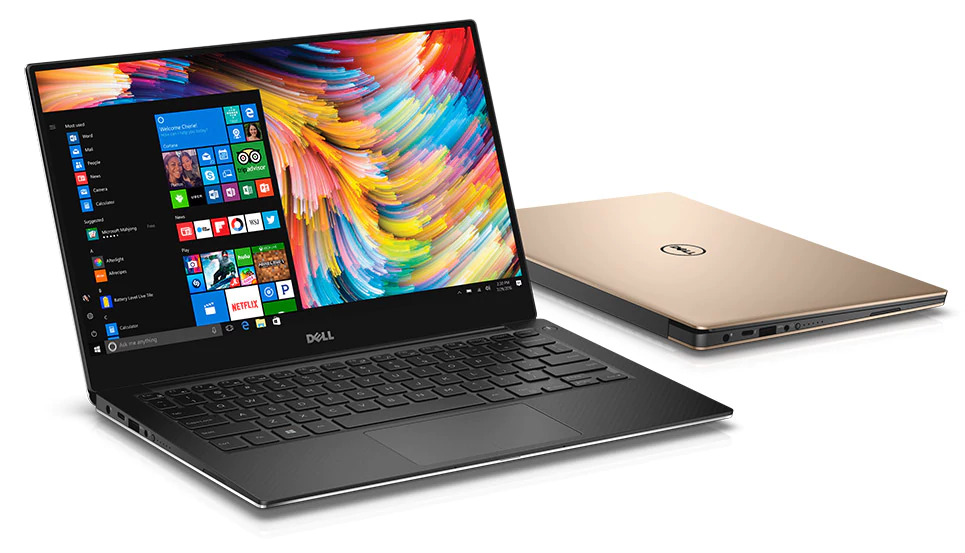