There is little doubt in my mind, after several weeks of using this motherboard, that it is a top notch platform to build a new system on.  The Asus P5AD2 Premium motherboard offers the user nearly everything you can think of in one complete package to back it up.

If you want overclocking, Asus is there for you.  The BIOS supports nearly every option you could think of including a new overclocking utility called AI N.O.S. that dynamically overclocks the processors based on the system’s load.  If you want to overclock manually, Asus is right on the edge in the Intel chipset overclock lock and breaking it — our overclocking tests showed getting a 245 MHz FSB on a 2.8 GHz retail processor to be as easy as changing the BIOS settings — and it worked flawlessly.  (More on the overclocking of retail processors in an upcoming article).

If you are looking for features, Asus is there for you as well.  Three network connections, two Gigabit and an 802.11g wireless LAN all built onto the motherboard make this P5AD2 a home networking dream.  The 7.1 channel audio, though not as crisp and clean as you might find your Sound Blaster Live! cards, is a great solution for nearly everyone but the most demanding of audiophiles.  The CPU utilization is somewhat higher than I would have liked to see, but wasn’t enough to affect my gaming performance or working performance.

If you want storage, Asus has you there as well.  If the single IDE channel of the Intel board we reviewed back in June scared you, Asus has included an ITE IDE RAID chipset that gives you two additional IDE channels with RAID support.  And if the 4 SATA channels that the ICH6R south bridge provides aren’t enough, then the Silicon Image chipset that gives you four more additional channels should do the trick.  USB 2.0 and Firewire are also included in the mix as well.

The Asus board, using the new Intel 925X chipset, is also going to offer you the latest in technological advances including support for DDR2 memory technologies, PCI Express graphics, and expansion cards as well as the new LGA775 processors from Intel.  Of course, ALL the motherboards for this platform will offer you that, but it is something to consider.

The only drawback I saw to the Asus board was the issue of the 200 MHz front-side bus where it ran at 202 MHz instead of 200 MHz.  While Asus may claim it to be an erroneous problem with a board or BIOS revision, I feel that Asus knew what they were doing with this FSB issue.  Some of you may consider this a ‘cheat’ of the motherboard manufacturer and compare it to ‘cheats’ that graphics vendors have done in the past, but the comparison loses footing when you try to find drawbacks to 202 MHz FSB.  Other than directly comparing two opposing boards, the additional 2 MHz of FSB speed isn’t going to affect anything substantially.  In any event, the features and extras of this Asus P5AD2 Premium are enough to override a minor performance burp if there was one.  But the Asus P5AD2 out runs the best the Intel motherboard can throw at it by a large enough margin to differentiate between them; and that is something that hasn’t been said on the motherboard front for a while.

The Asus P5AD2 Premium motherboard offers users outstanding performance and incredible features!  Overclockers and enthusiasts will feel right at home with this motherboard to start off their new Intel 925X platform system.  And because of the board’s exceptional qualities, it is the first recipient of the PC Perspective Editor’s Choice Award!

How would you like to compare the P5AD2 to other motherboards on the same platform?  Or other platforms?  Have you checked out our Product Specs section at PC Perspective yet?  If not, I suggest you take a look.  It’s a work in progress, but progress is going very quickly!  You can use it to compare this very motherboard, the P5AD2, to other Asus boards and other LGA775 motherboards, in a simple, easy to view table format.  Let us know what you think!!

Check out some prices on the Asus P5AD2 Premium Motherboard!

Check out some prices on the Intel 550 Processor! 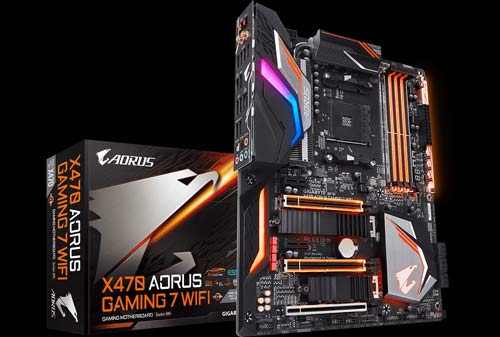