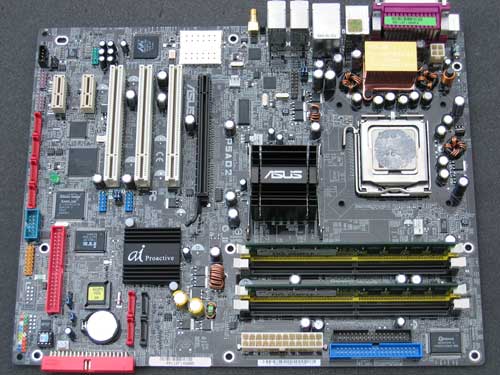 The Asus P5AD2 Premium motherboard has a good layout that offers all of its features in an easy to view and access fashion. 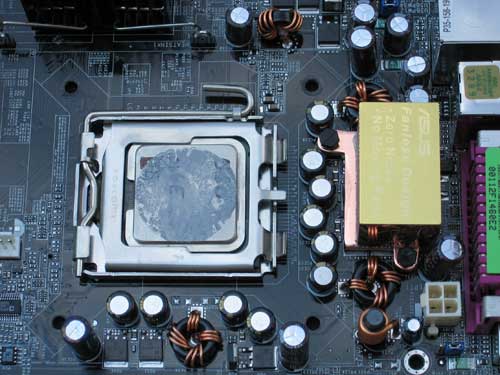 Starting around the processor socket, we se that the LGA775 socket is the same as we have seen on the reference boards, and I think it is very unlikely that we will see any motherboard manufacturers vary from the standard retention mechanism to something more fancy.  There have already been complaints from the manufacturers about the new hook-pin setup that motherboards are required to use and thus take the brunt of the bent-pin problem off of Intel.  To the right of the processor you see a heatsink placed on the MOSFETs and this is the first part of Asus’ attempt at a completely fanless cooling solution for their motherboards.

The DDR2 memory slots are placed to the right of the north bridge and the processor and are color coded to differentiate between channels.  Directly behind that you have the floppy connector, 24-pin ATX power connector as well as the only IDE channel provided by the Intel chipset.  Just in case you haven’t heard yet, the Intel ICH6 south bridge only has support for a single IDE channel and 4 SATA channels, so pick your storage medium carefully. 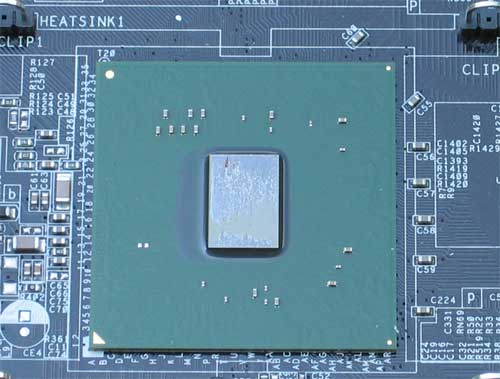 Underneath the north bridge heatsink you’ll find the new Intel 925X performance chipset on the P5AD2.  This is the flagship piece from Intel’s new platform processors. 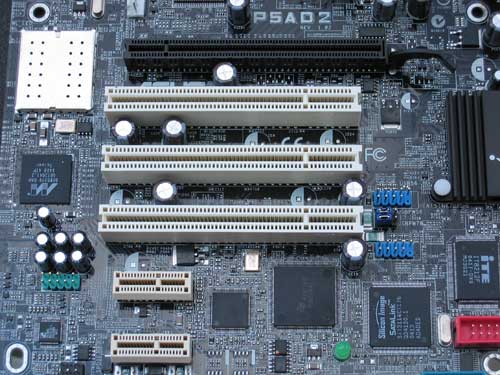 The Asus P5AD2 Premium of course provides the necessary PCI Express slots for graphics and other peripherals.  The x16 slot at the top of this image (in black) is for your graphics card from either ATI or NVIDIA, three standard PCI slots for legacy devices, and two PCIe x1 slots for new add-in cards. 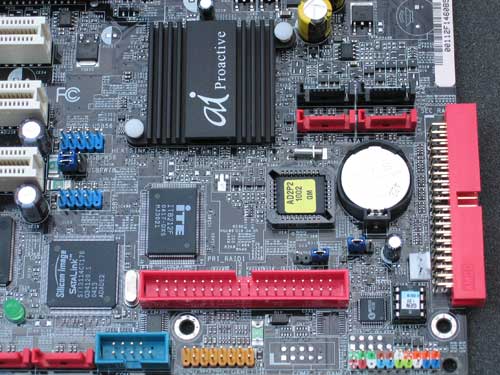 Here you can see the Intel ICH6 south bridge under the small heatsink and to the right of it the four SATA channels that the Intel chipset provides.  From the ICH6R south bridge you also get support for RAID 0, 1 and 0+1 as well as the new Intel Matrix Raid technology that allows you to use a RAID 0+1 array with only two hard drives. 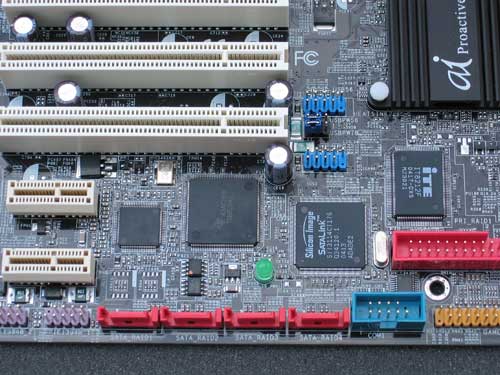 Asus has also included a Silicon Image SataLink chipset to provide four additional SATA channels that also support RAID 0, 1 and 10.  Also on the right edge of the image you’ll see an ITE IDE controller that offers up to two additional standard IDE channels.  With this addition, you have 8 SATA channels and 3 IDE channels, and that should provide more than enough storage options for nearly any enthusiasts setup. 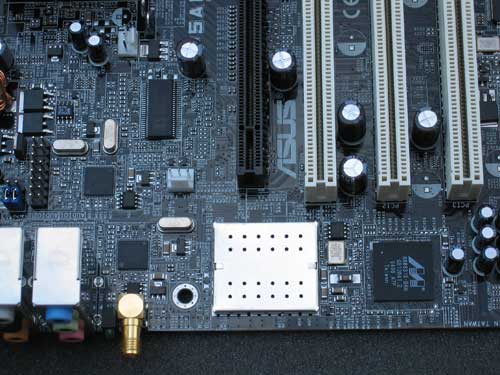 Pictured above is the Marvel chipset that powers one of the Gigabit networks as well as the on-board WiFi wireless networking on the Asus P5AD2 Premium Wireless-Edition motherboard.  The wireless networking is 802.11g compliant and that is of course backwards compatible with 802.11b networks.

Besides the normal PS/2 slots and whatnot, Asus has included the connector for the Wireless networking antennae (which doesn’t require a riser card any longer), and one of the Gigabit networking connectors as well as USB 2.0 and a Firewire connector.  The audio is a 7.1 channel solution that supports Dolby Digital Live technology.

Finally, as another part of Asus design for a fanless cooling solution for their motherboards, they have introduced a technology called StackCool. 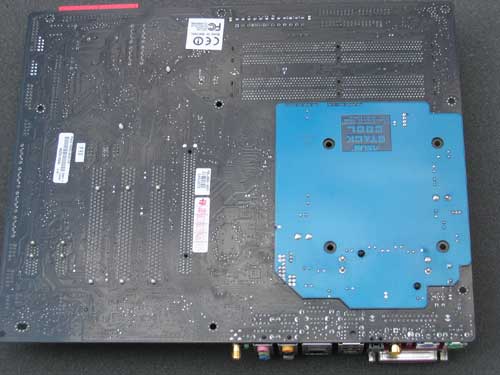 You can see from this photo that the device is thin enough to not be a problem for motherboard installation or anything else, so the added benefits come at a nearly free cost.