Asus was not about to disappoint when it came to the features and overclockability of their BIOS on the P5AD2 motherboard.  Afterall, if you paying for the enthusiast chipset in the 925X, you want the best in enthusiast technology. 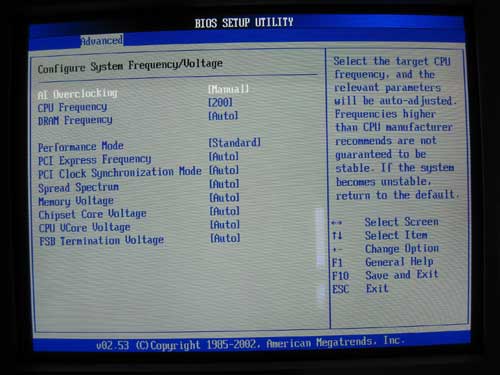 This is the base of the Advanced Options menu in the BIOS and probably where you will spend a majority of your time in tweaking. 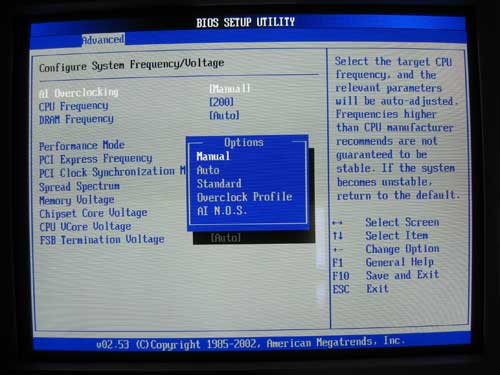 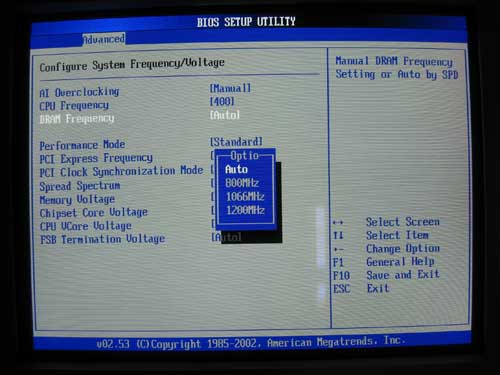 Here you can set the DRAM frequency multiplier, though Asus leads you to believe you are locking the memory speed, you aren’t.  If you set the memory speed to 1066 MHz (533 MHz DDR2) and then increase the FSB, your memory speed will increase with it. 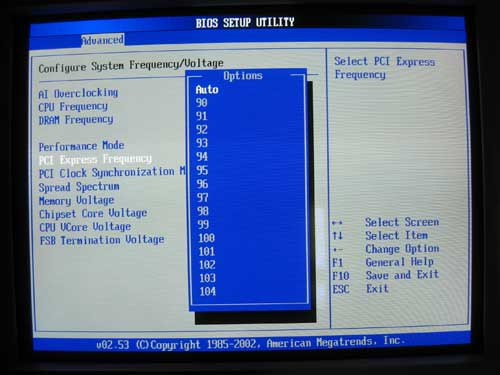 This is the setting for the PCI Express frequency.  There is a lot of debate on whether it is even possible to lock the PCIe bus at this time on the 925/915 chipsets, so if you choose to use the feature, beware its actions may not be exactly as expected. 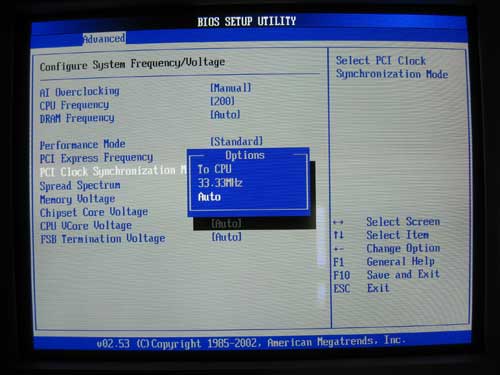 Here is the lock for the standard PCI bus and is working well if my testing was correct. 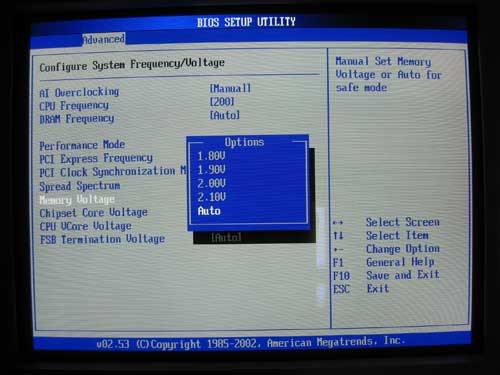 Memory voltages can be pushed as high as 2.10v here. 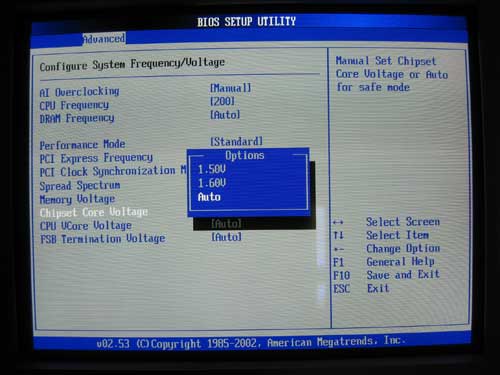 And you can increase the chipset voltage as well if you are overclocking.