Painkiller is a new game based on the Pain-engine, so it provides a unique look at graphics card performance that we haven’t seen before; that also means there have been fewer changes the driver engineers at each graphics house have made to tweak specifically for this engine.

We did a manual run through of this game, specifically on Chapter 03, Area 03 where you are running through the open ends of a cargo jet and fighting off tanks and zombies.  Now, because you must kill each zombie before you are allowed to advance to the next section, each run through was slightly different as the zombie deaths were not always in the same order, etc.  By enabling god mode and infinite ammo, however, I was able to get the three individual runs on each card very consistent, and I am confident in the results we are presenting.

For our testing, we set everything to as high as it would go in the video options, as seen in the screenshots below. 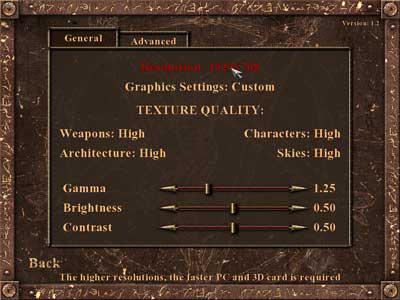 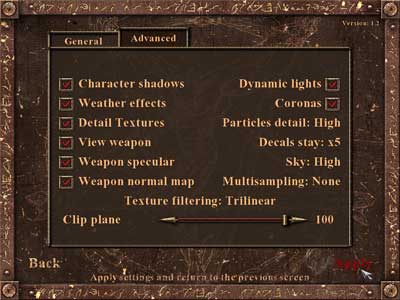 We left the game-based multisampling on “None” and used the ATI and NVIDIA control panels to enable the AA and AF instead.

Let’s see what the benchmarks have to say.

At 1024×768, with or without AA and AF enabled, we see the three cards are basically on equal footing.  At this point, we can basically assume that the processor is the limiting factor in our benchmarks.

With AA/AF turned on, the three cards are about even with each other with a small advantage going to the eVGA 6800 GT due to its higher minimum FPS.  However, once the the 4xAA and 8xAF were enabled, the X800 Pro from ATI has a better (higher) minimum FPS and slightly higher average frame rate.  If you look at the line graph, however, you’ll see the 6800 GT cards are following the same pattern of performance and only two or so areas that the frame rate drops very slightly below the X800 Pro.

Without AA/AF turned on the eVGA 6800 GT has a slight edge over the X800 Pro but when the eye candy is enabled, the tides switch and the X800 Pro has the edge.  Note that though the X800 Pro has a significantly higher maximum frame rate the average frame rates are very comparable and very playable on all three cards.

Check out some prices on Painkiller!