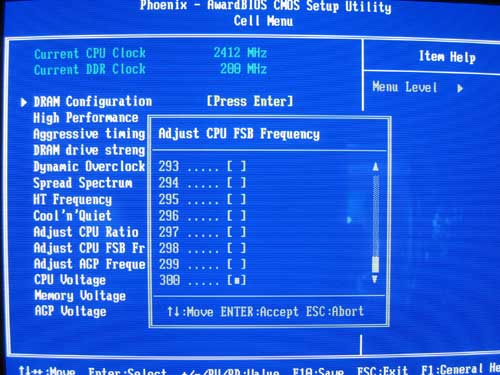 While the term FSB is still really a misnomer on the AMD Athlon 64 processors, its the closet, well known term and thus MSI (and we at PCP occasionally as well) still refer to it as the Front Side Bus.  As you can see, MSI supports up to a 300 MHz bus with this BIOS revision and that gives overclockers a lot of chances to push their system to the limit, espeically with multiplier adjustments available as well. 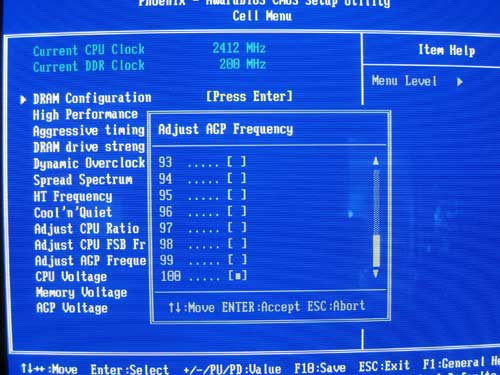 NVIDIA does have a working PCI/AGP lock, and thus boards based on their chipset have the ability to run the AGP bus at a speed not directly related to the main bus speed.  If you want to overclock the AGP bus performance, you can do so here. 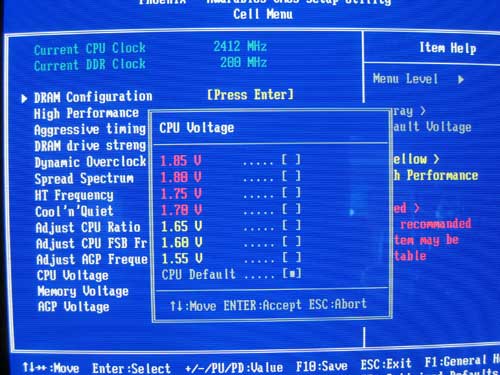 MSI has decided the best way to prevent themselves from being blamed for damaging your processor due to overclocking is to make the voltages that they say are too high red and flashing.  🙂  Here you can push your processor up to 1.85v, but make sure you have proper cooling! 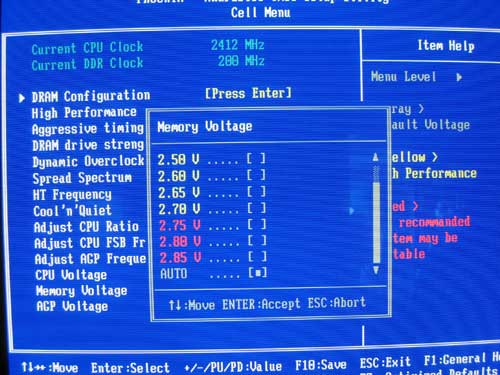 Memory voltage is setup the same way here, with red indicating you are going at your own risk.  2.85v is fairly standard overclocking voltage for memory however. 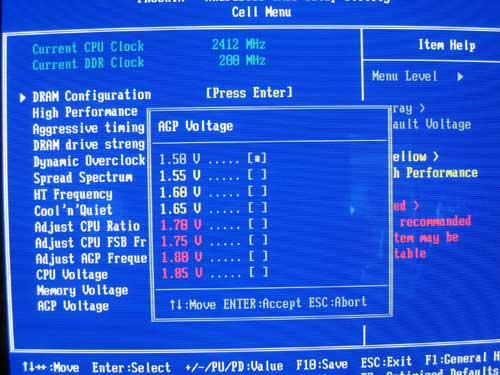 And again, the same for the AGP voltage… 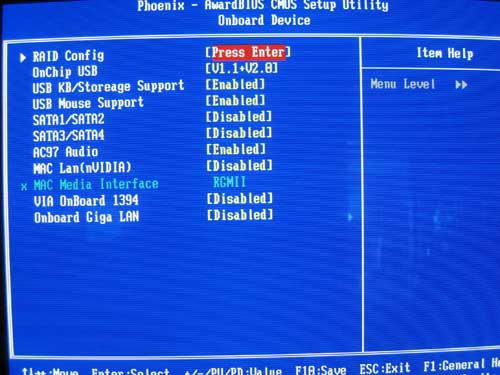 The MSI BIOS allows you to manipulate all the on-board devices via the bios so you don’t have to bother with any jumpers except the occasional bios reset.