Abit told us they have made a committment to the enthusiast and overclocker as their target market segment and their products are showing that already with their latest features on the boards and in the BIOS. 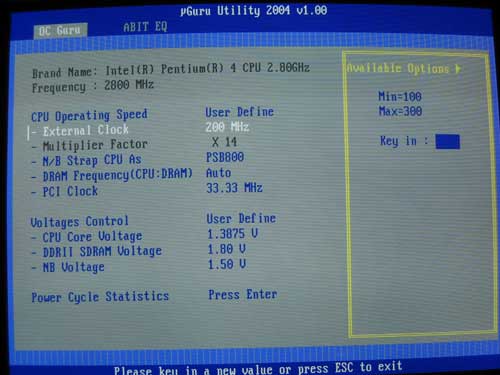 The screen in the Abit uGuru section of the BIOS (where most of the real meat lies) shows the clock adjustable up to 300 MHz.  Multiplier is locked for retail and OEM processors, but those that get their hands on engineering samples will find that useful. 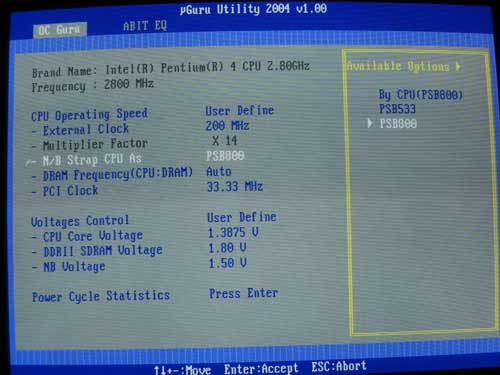 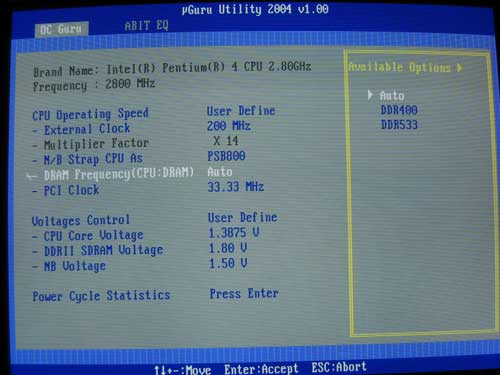 DDR2 memory can be clocked at either DDR2-400 or DDR2-533 and Auto used the SPD settings on the memory modules. 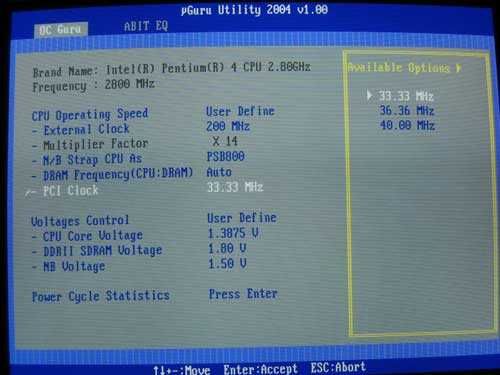 Here you can slightly overclock the PCI bus. 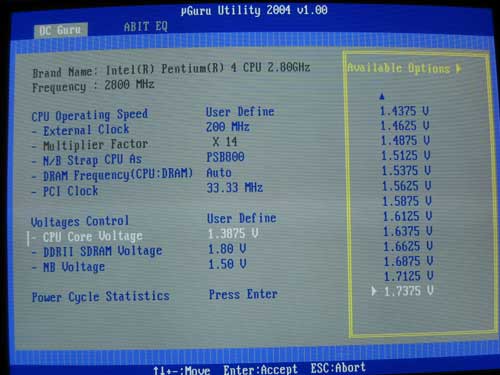 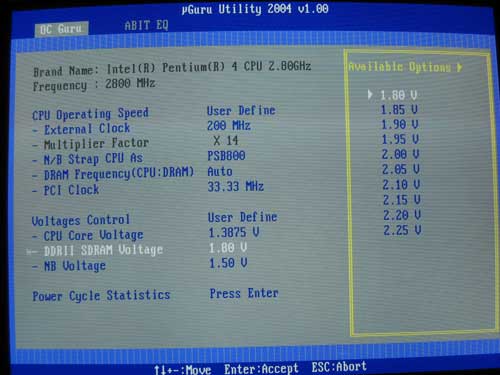 Memory voltage for the DDR2 memory can be set as high as 2.25v — higher than most DDR1 motherboards would allow. 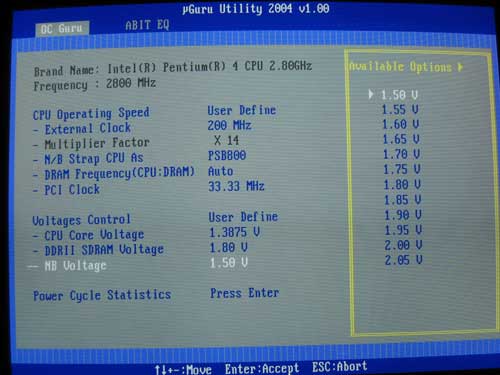 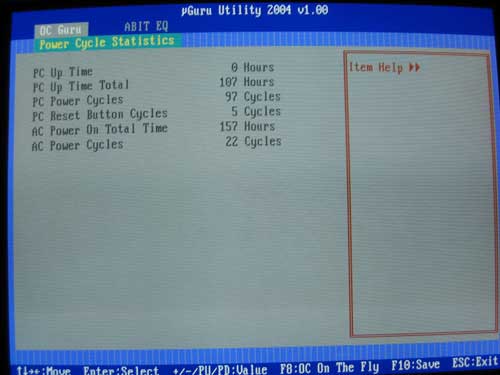 The BIOS also keeps interesting specs on the power cycling of the motherboard. 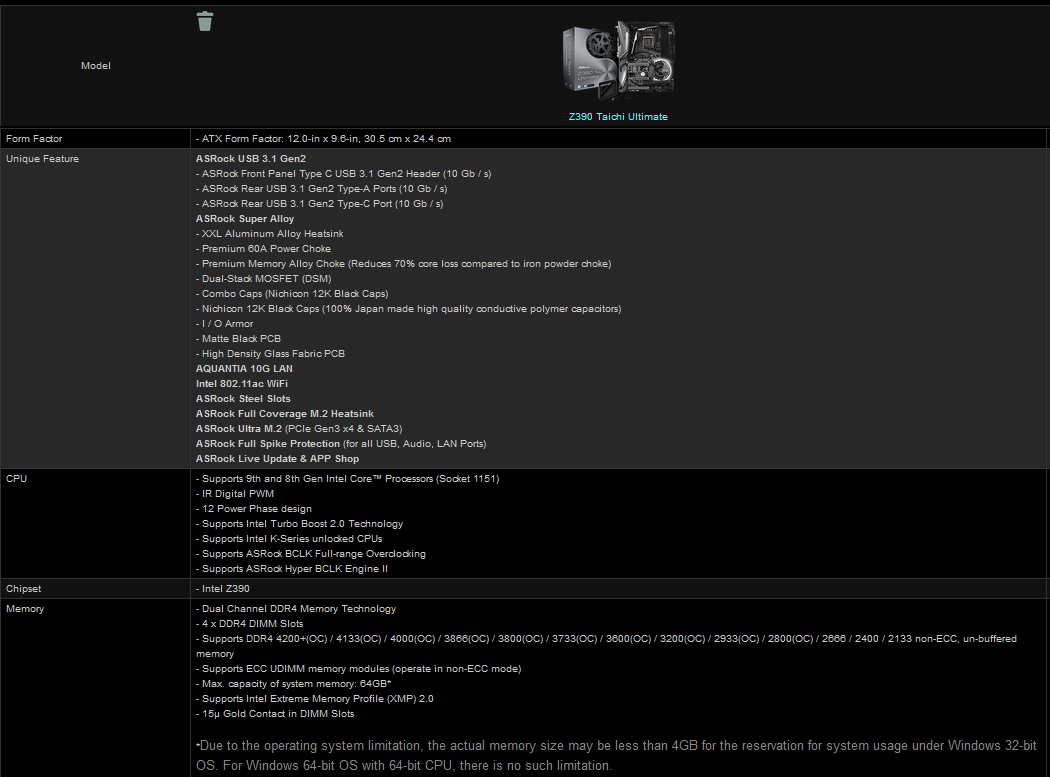