Chaintech is offering up a pre-overclocked version of NVIDIA’s 6800 graphics card to satisfy the mid-level range of gamers.

Chaintech is a relatively small player in the overall scheme of computer components, but none the less have been known in the past for innovative and reliable solutions for the enthusiast and mainstream market.  Where the majority of there notoriety comes from their motherboard releases, Chaintech has always had a line of NVIDIA-based graphics card in their lineup as well.  Chaintech is hoping that they can grab hold of some of the DIY market with these new 6800-series of video cards, starting here with their Apogee AA6800 based on the GeForce 6800 graphics core that comes with a default, warrantied 10% overclock.

Here we see the front and back of hte retail packaging.  Like the majority of Taiwan-based graphics cards manufacturers, the boxes are larger that necessitates for a graphics card and a few extras.  In the retail markets in those areas big boxes are in we can guess from that. 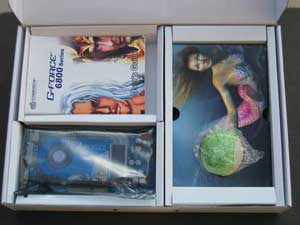 Inside you’ll find the video card if all went well, as well as a manual, CDs, cables and a green… ball… thing.  I think the intention is that it be used to clean your monitor of dust.  I tried it out, and it worked pretty well. 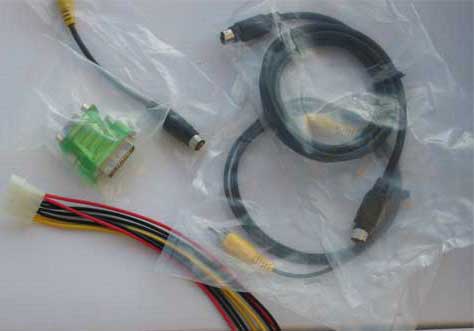 Chaintech has included a DVI-to-VGA adaptor, a 4-pin power splitter, an Svideo-to-Composite adaptor and both a composite and an Svideo cable for TV output capabilities. 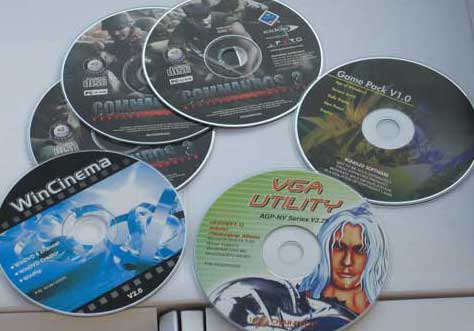 The game bundle is pretty bare, but most video cards these days are.  Chaintech gives you a full copy of Commandos 3, a few demos and a copy of WinCinema’s WinDVD player and recorder.  Drivers are there as well, but you’ll probably still want the latest Forceware drivers from NVIDIA. 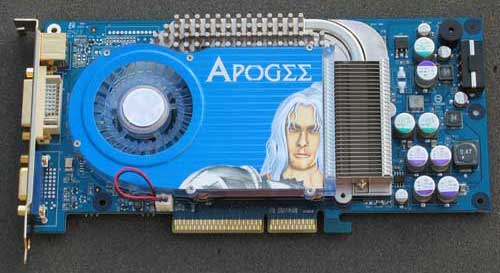 Here is the Chaintech Apogee AA6800 card.  We basically have a stock NVIDIA layout with a new plate installed on the heastink. 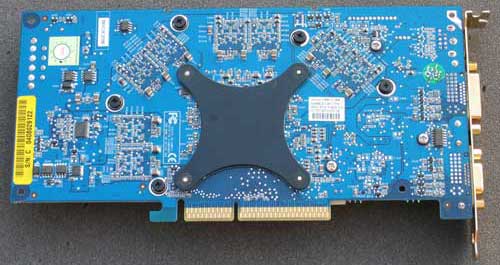 The rear side of the card remains the same to our references cards as well with the same coloring differences. 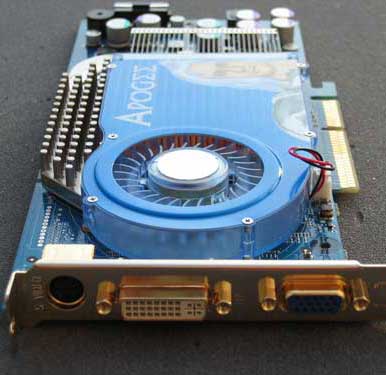 Chaintech chose to include the standard output connections: Svideo, DVI and VGA. 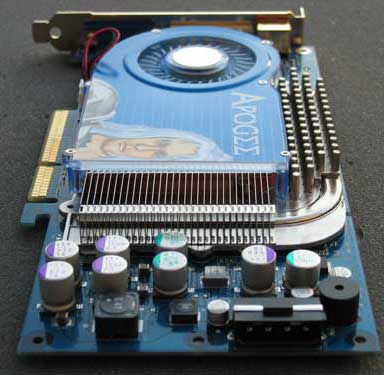 The GeForce 6800 card requires a 4-pin power connection to operate. 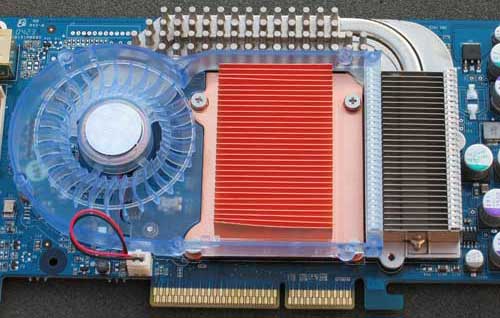 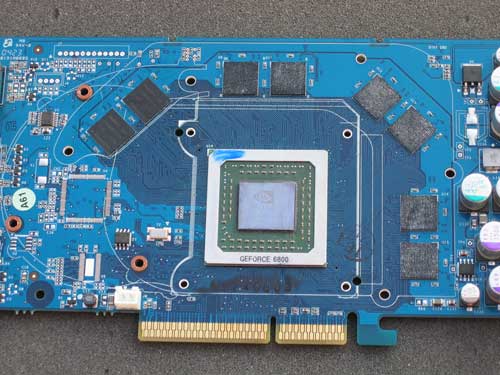 Without all the fancy metal on top, the GPU and memory look like any other 6800-series graphics card.

What it doesn’t show though is that the Chaintech Apogee AA6800 card comes pre-overclocked above the reference NVIDIA design speeds of 325 MHz core and 350 MHz (700 MHz DDR) memory; instead Chaintech chose to overclock the card by 10%, giving the card a core clock of 358 MHz and memory clock of 385 MHz (770 MHz DDR).  How does this improve performance over a stock 6800 graphics card?  We shall see in the benchmarks ahead.