NVIDIA’s 6600GT performance is finally unveiled and we are sure you’ll find something you like for under $200.

The NVIDIA GeForce 6600 series of graphics processors was released while we were away at Quakecon this year with much anticipation behind it.  It promised to bring unprecedented performance to the sub-$200 graphics card market — coincidently a market that NVIDIA has been struggling in as of late.

The 6600 chip is a completely new design, designed on a new 0.11 micron process featuring 8 pipelines and native PCI Express support.  We already went through all the technical aspects of the new chip in our original 6600 Technology Preview last month, so take a look at that before moving on if you want some background on the nitty gritty behind the NVIDIA 6600.

The card that NVIDIA sent us was the GT model of their 6600 series, running at a stock core clock of 500 MHz and memory speed of 500 MHz (1.0 GHz DDR).  As mentioned above, these cards are native PCI Express, so our first samples were in PCI Express form, with AGP cards following a few weeks behind. 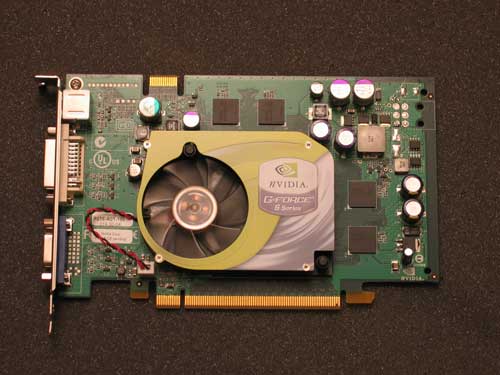 At first glance of the card, you’ll notice a couple of interesting features; or rather the lack there of.  First, the cooling solution for the chip is small and quiet and didn’t bother me a bit during all the testing we have done over the past week or so.  Of course this means a single slot solution and SFF case users can rejoice as well.  The other item missing is an external power connector.  The 6600GT and the 6600 card both get all the juice they need straight from the PCIe interface and have no need for any external power connection.   Our reference model definitely showed signs that one had been on it before hand, but NVIDIA is backing this product in shown form. 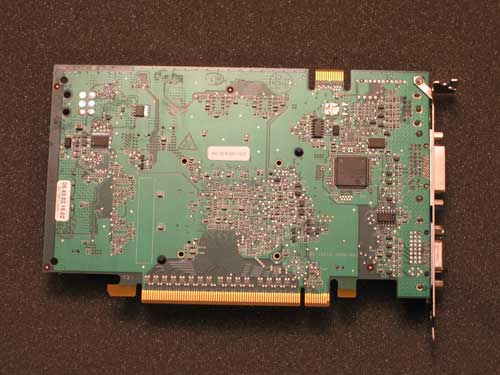 Nothing too outrageous on the back here though you can tell that the new design is much less complicated than the design of the 6800 series of cards based on the amount of traces and components on the PCB. 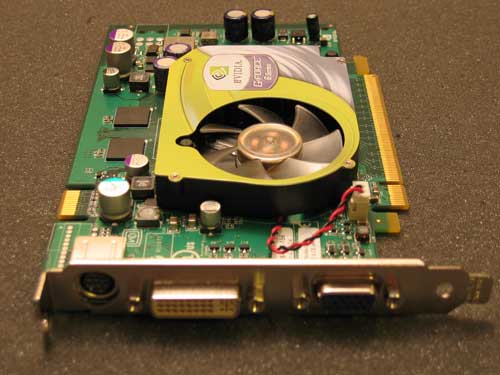 The reference 6600GT card has an S-Video output, a DVI output and SVGA output for ease of use for pretty much any user of this card.  Dual displays are supported on the 6600 series as well. 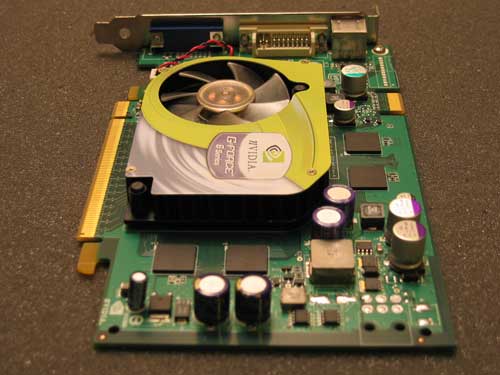 In the lower right of this image you can see the holes where a power connector once lived.  No more! 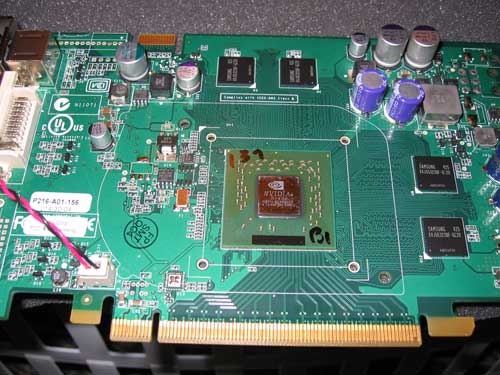 The naked 6600GT card shows a much smaller chip than the 6800 series; a benefit of optimized design and new 0.11 micron process technology. 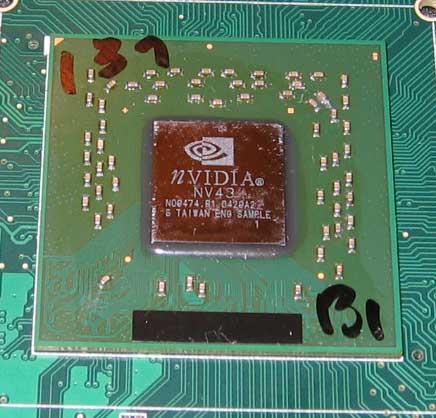 Once codenamed the NV43, many speculated (incorrectly) that it would merely be a crippled version of it’s NV40 cousin.