From my testing on both the 32-bit and 64-bit versions of Shadow Ops: Red Mercury, the claims made by both AMD and Atari regarding the enhancements to the AMD64 version come into question.  What the 64-bit version does offer the gamer is an increased amount of visuals in the surroundings in the game.  The extras we saw in our screenshots in our first level included the additional stone border around the tree, awning over the back door, and a new window on the wall behind the tree.  The second level was dominated by the addition of fallen trees in the game.  These did not show up in our 32-bit game testing and thus the 64-bit version of the game does have a bit of an advantage in this way. This kind of “enhancements” we saw in most of the other levels we tested  (but we chose to use just two levels as demonstration here).

These additional items that were added into the 64-bit game are mostly “fluff” — they add a little bit more realism to the game — but I see no reason why the same items could not have been added to the 32-bit version as well.  There is certainly no technical reason for them to be omited.  And while that “fluff” is by no means a bad thing, I would guess that it was added into the 64-bit only version either due to marketing desires from either Atari or AMD or purely for development time considerations.

My conclusion is that the screenshots we showed you on page one that were featured on the Atari.com website ( http://www.atari.com/shadowops/us/amd.html  ) (Edit: AMD and Atari have taken down these images and have since replaced them after feedback from this artlcle, so I have a mirror up of the originals on our server, here.) are showing you an apples-to-oranges comparison between the 32-bit and 64-bit games.  The images on the left side of that page that are claimed to be 32-bit are probably in fact 32-bit, but with lowered detail settings in the game.  The 64-bit versions of those screenshots were likely run on the 64-bit version with the detail settings on their highest.  So, in fact, Atari is not really lying about the source of the images (32- vs 64-bit) but probably misleading us to believe that the only difference between those images is the 64-bit patch.  At least, that is my analysis of the situation as it stands.

Update (10/12/04) – The original posted screenshots that this article was based were removed from the site within a day or so of this articles publication.  You can see the originals that we saved and have available online.  Today I noticed that AMD and Atari have posted new screenshots at the original link that show comparative screenshots between the 32- and 64-bit versions of the game.  Notice that this time, AMD and Atari used screenshots that were taken on what looks to be the same detail level and instead ARE pointing out the differences that their 64-bit version of the game includes.  By no longer making the wild claims about image quality and texture quality, we see the NEW promotion as acceptable and should this have been correctly the first time, we could have avoided this whole fiasco.  I think everyone has something to learn from this experience. – End Update

AMD’s marketing ploy to get us to believe that using the 64-bit version of Shadow Ops is going to make the game look better isn’t entirely a lie – it is just a clever spin on a lot of technical details.  In general, visual quality improves when performance of the game hardware increases enough (to be able to process the extra details), but 64-bit technology alone is not enough to do it.  In reality, 64-bit technology offers the ability to increase the addressable memory in your system above 4 GB as well as to increase the speed of some calculations that would require more cycles on a 32-bit processor.  But those two factors are going to take much more time before we see major differences in perceivable quality in a game.

What this excercise, provided by AMD and Atari, does show is a preview of some things that are coming with the dawn of 64-bit computing.  As the differences between 32-bit and 64-bit computing begin to lengthen, we will see more of these kinds of detail additions to games and other software.  But right now, at least in this example, the differences are minor.

When 64-bit calculations increase the speed of the engine enough, you’ll surely see some frame rate increases in your game. In fact those probably already exist in Shadow Ops we used for testing, but at this time doing performance tests on a beta OS with all beta drivers is pretty pointless.  As far as texture quality goes, I don’t think it will be until after 2005 (and that’s being generous) that we see textures in games needing more than the 4 GB of addressable memory in a 32-bit operating system and thus that portion of the 64-bit gaming argument is weaker.

The current status of 64-bit gaming is really the same as the status of 64-bit computing in general: it looks great on paper but we just aren’t seeing the benefits for the end users yet.  I can count the number of 64-bit applications, that I know of and buy right now, on one hand. I expect it to stay within that number until we get a final release date from Microsoft on their 64-bit operating system.  I have seen many 64-bit demonstration applications that show the advantages that 64-bits can give us in voice recognition, compression, code breaking and more but these demos are hand picked to show off AMD’s processors.  The games that I have seen running in 64-bit mode, including Shadow Ops: Red Mercury, seem to be more like “proof of concepts” than actual software that is really taking advantage of the hardware. I believe that Marketing is trying to make up for what the numbers aren’t giving us.

I don’t want anyone to get the wrong impression from this article: AMD’s Athlon 64 processors are the best processors for gaming — no contention.  Our past tests and current tests of their upcoming processor line continues to show AMD’s dominance in gaming benchmarks.  But, that does not mean that AMD processors directly increase the visual quality of your games; that is a leap of conclusions that we have to hold back.  True, if you have faster framerates, you can then increase your resolution and detail levels and improve your visual quality.  But Intel processors are capable of the same visual quality when it comes right down to it.

64-bit is indeed going to change your gaming experience on future titles, with the emphasis on ‘future’.  The main bottleneck in nearly all of today’s PC titles is in the CPU as graphics performance has increased faster than processor performance.   When this trend oscillates, or when the benefits of 64-bit architectures in gaming are increased, AMD’s claims of “enhanced 64-bit gaming” may yet ring true.

We find ourselves in an interesting situation. On one hand, we find the latest graphics card architectures pulling more and more tasks from the CPU in an effort to increase overall performance. On the other hand we still find incredibly intensive tasks such as physics calculations remaining a sole responsibility of the CPU. If the industry were to remain using an AGP bus for graphics, we could very well see the trend switch back to assigning more tasks to the CPU as processors become more powerful and robust. Unfortuantely, the situation is far more complicated now that the dramatically increased bandwidth of PCI-Express is available. Here, the enomrous bi-directional bandwidth PCI-Express allows the graphics card to handle intensive tasks such as physics calculations. Thus, we find ourselves with an excess of horsepower and no applications demanding enough to exhaust either the CPU or flagship PCI-E graphics cards. One way or another, this performance headroom will allow developers to make richer, more life-like gaming environments. The interesting aspect here is whether this would have already been well underway, thanks to the Athlon 64 processor, had Microsoft launched their 64-bit OS when AMD had originally hoped for.

I really started writing this article with the intention of catching AMD at a slightly manipulative marketing tactic, and I think I did just that.  But it seems in doing so I have brought myself to another problem of defining how a piece of hardware improves your gaming experience.  With graphics cards this is easier most of the time, but even then CPU scaling can disguise the performance and quality enhancements of a new GPU.  That leaves us to view the sum of all the parts — the video card, the processor, the memory, the motherboard, etc — is what is responsible for the experience of the gamer.  No single part can claim that responsibility.

For now, all I can recommend to our readers and PC enthusiasts everywhere is to read up on your products before buying them.  Find out what that $400 part, whatever it is, is actually going to do for your overall experience before shelling out the hard earned money for it.  The responsibility of finding the best pieces to our puzzle lies with the media (us) and the gamers (you).

I really want to know your feedback on this topic, so please send it my way and let me know or you can post it in this thread of our forums if you found this article to be interesting, informative or neither.

Finally, I went to Kyle Bennet (HardOCP Editor-in-Chief) with my findings, who had this to say on the subject of the 32-bit vs 64-bit screenshots posted by Atari: (Edit: AMD and Atari have taken down these images and have since replaced them after feedback from this artlcle, so I have a mirror up of the originals on our server, here.)

“This is another example overaggressive marketing that has turned into a misleading representation concocted to sell you something you don’t need.  To sit and tell the public that 64-bit computing is responsible for the level of detail in those screenshots posted by Atari is an atrocity at best, misleading if lucky, and at its worst it is an outright lie.  AMD and Atari should be ashamed of their actions.

We have been great supporters of AMD’s current processors that have 64-bit computing support, but 64-bit has certainly not been the reason.  AMD’s current level of 32-bit support is incredible when it comes to games and this situation is an example of them crippling 32-bit to make you think 64-bit gaming is something special today.  64-bit means little or nothing to the gaming community current and that will likely be the case through 2005.” 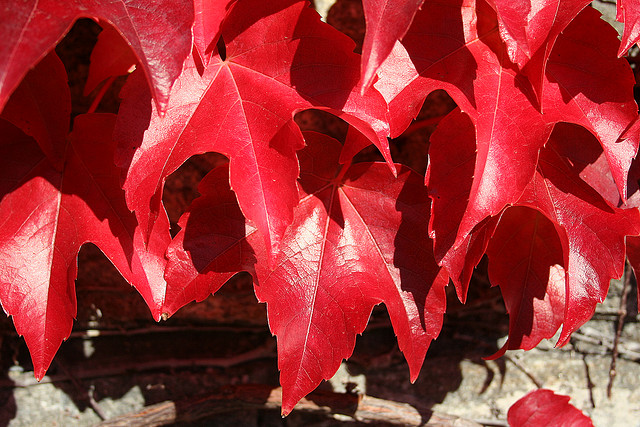 Getting hot and bothered by Ivy Bridge