Asus’ BIOS engineers have been hard at work with recent platform releases trying to make their products stand out from the compeition.  Recently, some claims were made by other board vendors that perhaps Asus’ morals in their new features weren’t quite as high as they should be — we’ll look into that when we get to that feature. 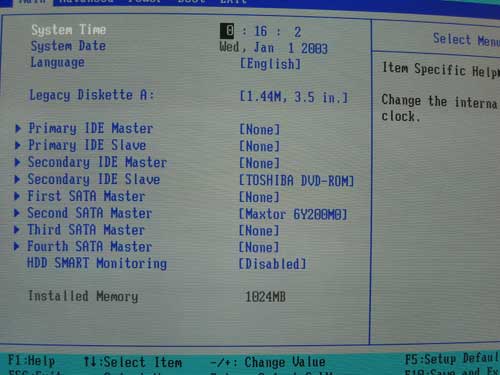 This is the main BIOS menu that shows the IDE channels as well as the NVIDIA-based SATA channels that work as fo-IDE making Windows installation quite a easier.  By the date you can tell this shot was taken after a fresh BIOS reset. 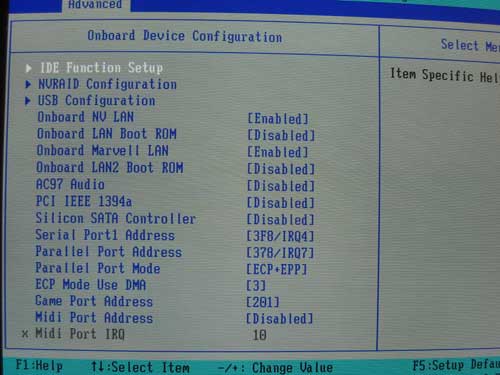 The on-board device configuration page allows you to enable and disable all of the devices on the motherboard in software, allowing for easy setup. 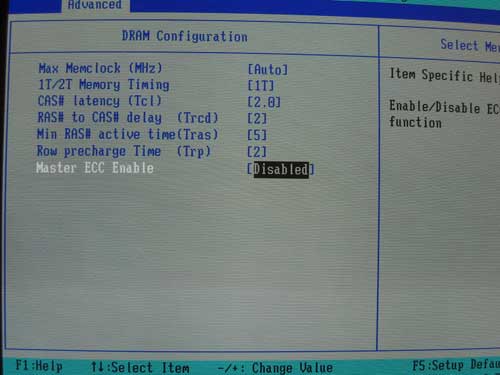 Though the memory timings are not as plentiful as they are on some other motherboard BIOS’, Asus has covered the important ones with CAS latency, Tras, Trcd and Trp settings.  The timings you see on this screen shot are the lowest (fastest) they can be set. 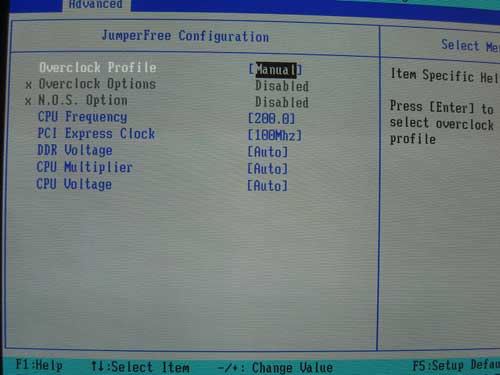 Asus is calling their overclocking section the “JumperFree Configuration” now and its here you can modify the HT bus speed, clocks and voltages. 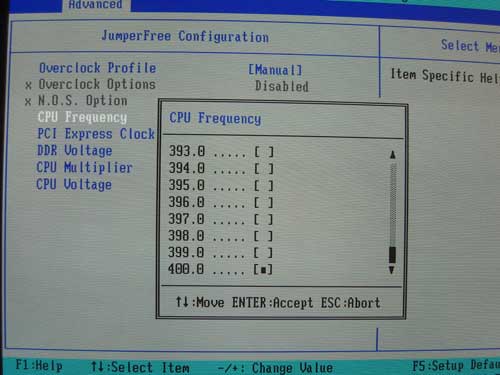 The CPU frequency, or in this case HyperTransport bus, can be increased from the default 200 MHz all the way up to 400 MHz, making for amazing potential in overclocking. 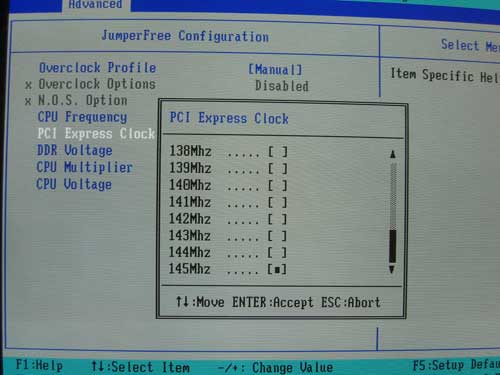 You can adjust the PCI Express bus speed independently of the CPU frequency from the default of 100 MHz up to 145 Mhz. 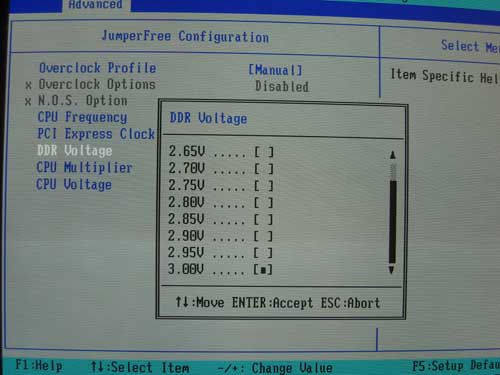