ATI Reference Board and System Setups

Though this particular board won’t be seen in any retail channels, its always interesting to investigate the reference board to see what you can expect for retail boards. 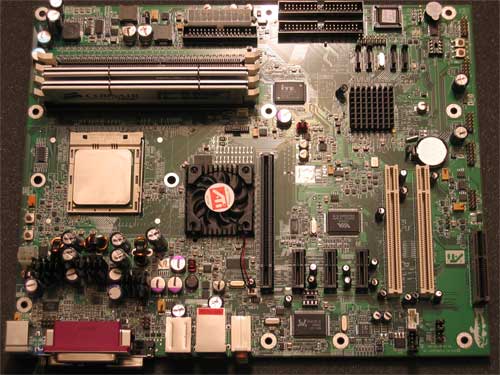 Here is the full motherboard shot.  Nothing too exciting here if you have seen any PCI Express motherboard before.  And yes, that is a fish on the bottom left corner of the PCB. 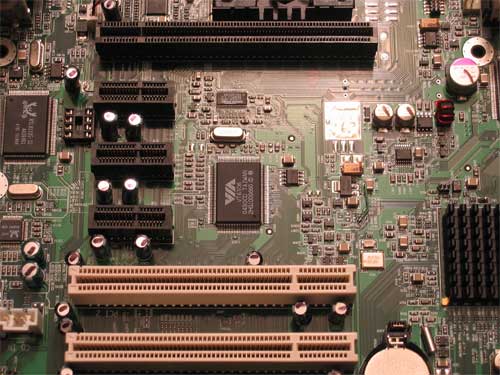 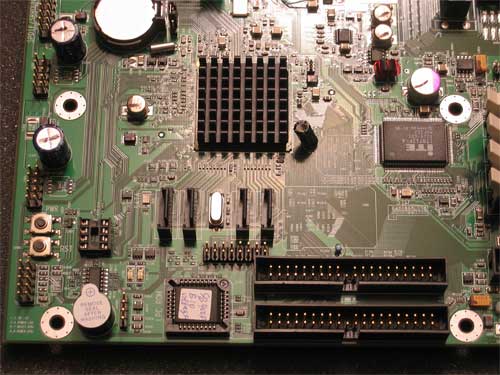 Here are the four SATA connectors and two PATA channels for your storage needs.  Above them is the south bridge that feeds them all.

Here are the external connectors on the board.  The interesting note is of course the VGA and DVO outputs that support two displays right off the motherboard. 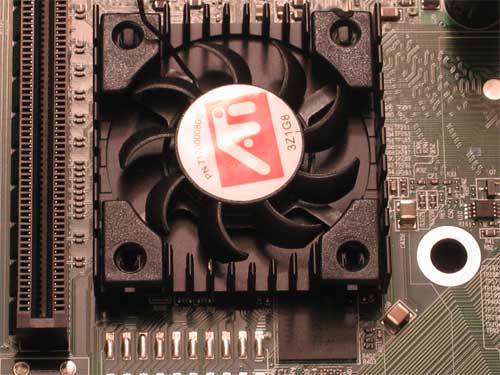 Finally, an up-close of the north bridge shows two things: a small heatsink and fan that means the chipset uses little power and dissipates less heat than the other chipsets on the market AND a video memory chip partially hidden under the heatsink.  Try as I might, I couldn’t get the heatsink off the board, and I didn’t want to risk killing the board yet, so I’ll leave it be until I can get it off safely, but the memory chip clearly says “SAMSUNG 428.”  This is ATI’s HyperMemory at work.

Our system setups were pretty simple across the board: