NVIDIA finally responds to our requests for a 6600GT card for the AGP market!

Ever since the preview we ran on the original 6600GT GPU from NVIDIA at the beginning of September, we have been asking for this product.  The 6600GT GPU is natively a PCI Express product and it was released as a PCIe only GPU.  Today you are getting a bridged, AGP ready version of that chip.  For the $200-250 price range, this card has a lot of potential, just by looking at the numbers we saw in our PCIe preview.  What does it do against ATI’s $200-250 card line up? 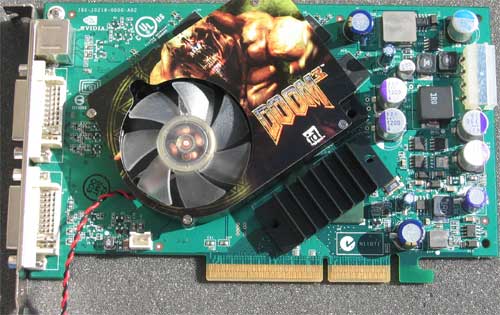 This is the 6600GT reference card NVIDIA sent us for testing.  You’ll notice right off the bat the different heatsink setup on this card: the main heatsink is tilted about 45 degrees and there is a seperate heatsink below it.  The card itself is pretty small, measuring less than 7″ long from one end of the PCB to the other.  You can also see NVIDIA continues to be proud of their performance in Doom 3, by including a heatsink cover featuring the game. 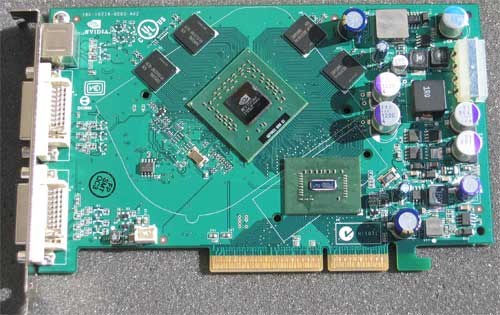 Taking the heatsinks off, we see what was causing the sideways positioning of the cooling.  The GPU is indeed turned 45 degrees to allow the bridge chip below to fit in on a smaller PCB.  The 6600GT GPU is the only piece to make contact with the main heatsink — though the memory is mostly covered by it, the chips don’t make contact with it.  The memory runs bare.  The HSI, responsible for converting the PCIe GPU into AGP, is also covered by its own heatsink. 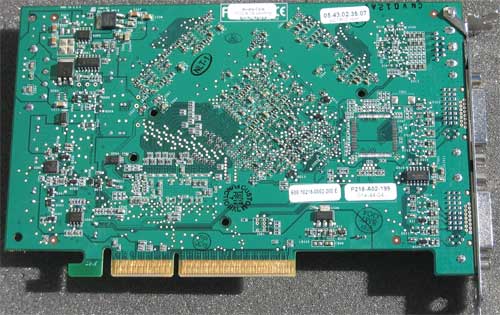 The rear of the card is pretty boring, nothing new here and no memory as the card only has 128 MB. 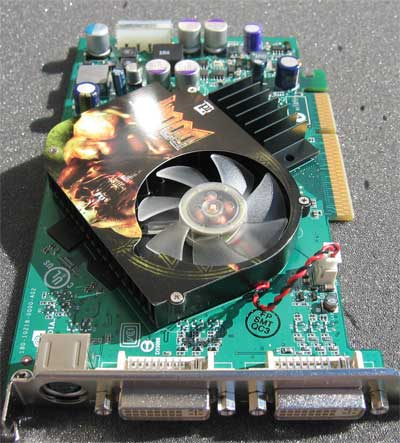 Our reference card came with two DVI connectors and an S-video output.  Dual DVI’s are great to see on a card like this, but I am guessing vendors will probably choose to have one VGA and DVI on their cards to save money. 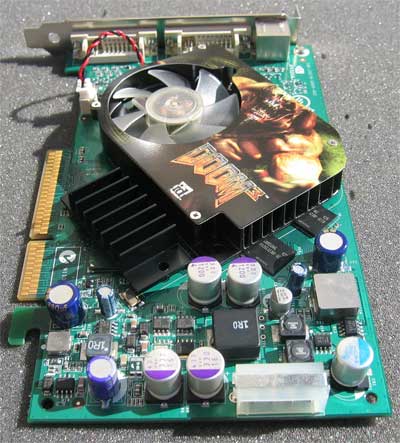 Finally we see that the AGP version of the 6600GT requires an external power source where the PCI Express version did not.  The AGP bus just doesn’t supply enough power for both the GPU and HSI.

The GPU, HSI and Memory 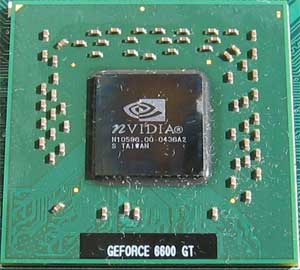 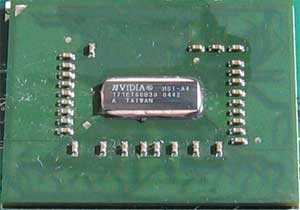 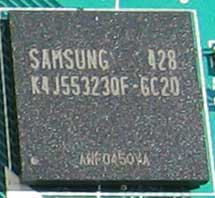 Read on to get the benchmarks and image quality tests. 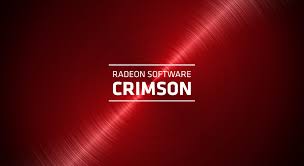