ATI has a new winter line-up that includes the X850 XT and the X800 XL — you might be surprised by which one we like the most!

For all intents and purposes, the X800 XT Platinum Edition card from ATI was a heck of a performer.  Though it did fall behind to the flagship NVIDIA 6800 Ultra from time to time, it also had its benchmarks that showed it as the favorite.  The new core technology worked well when we had it, and users were looking for it.  But that is where the equation broke down: supply.

It’s no secret that ATI has had a major problem supplying the channel with enough X800 XT and Platinum Edition parts to satisfy demand.  Perhaps even worse, when those rare parts did hit the online retailers, price gouging pushed the price upwards of $800.  NVIDIA had its share of supply issues as well, but as the months went on, the 6800 Ultra supply was steadily increasing while the ATI X800 XT PE remained MIA.

It is that very issue that ATI is planning to address with the release of their new GPU line up.  THe R480, now called the X850, is the new flagship product from ATI that is based mainly on the R420 core.  What ATI has changed includes the addition of clock-gating to allow for lower power consumption and a reorganized and optimized core.  It is still based on the .13 micron process from TSMC, but with the small changes ATI has made to the R480 core, they are confident, and at least informing us, that they are going to be able to produce more chips at a higher yield than they did with the R420 part.  This translates into having actual product on store shelves; a necessary step to sell them.

The R430, now known as the X800 XL, is a more interesting product.  It is using the new 0.11 micron process but still keeps the 16 pipelines that the X800 XT line is known for.  You may remember that that X800 Pro card uses only 12 pipes and thus was a lower performing part.  The new X800 XL is actually targeted at a price point below the current X800 Pro card at $299, but performs better than cards $100 more expensive. 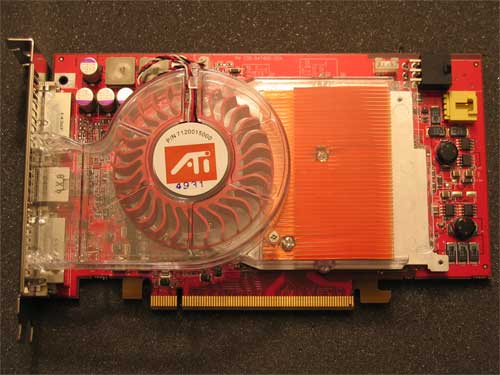 Yes, that is indeed a two slot cooler design that looks remarkable similar to the cooling NVIDIA used on their FX series of cards.  Though the initial sound of the fan during the few second of POSTing is quite loud, I never again heard it get to that level even during the most intense testing.  The noise level was less than that of the standard 6800 Ultra fan, but higher than that of the good old X800 fans.  ATI claims that this new cooling solution is also capable of cooling the ambient temperture of your case by sucking hot air out through the rear slot. 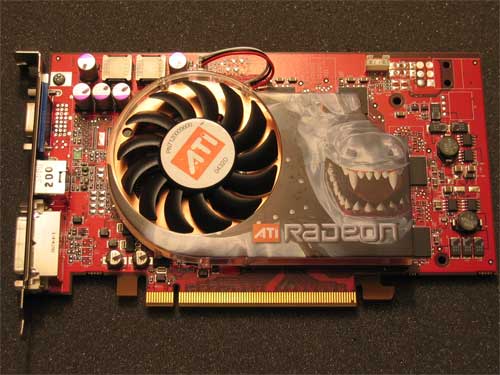 The X800 XL looks like any other X800 card by anything but an inspection of the core itself and the lack of a PCI Express power connector.  The new R430 core chip using the 0.11 micron process is able to get all the juice it needs through the PCI Express bus negating the need for external power.  This should please users of SFF systems quite a bit. 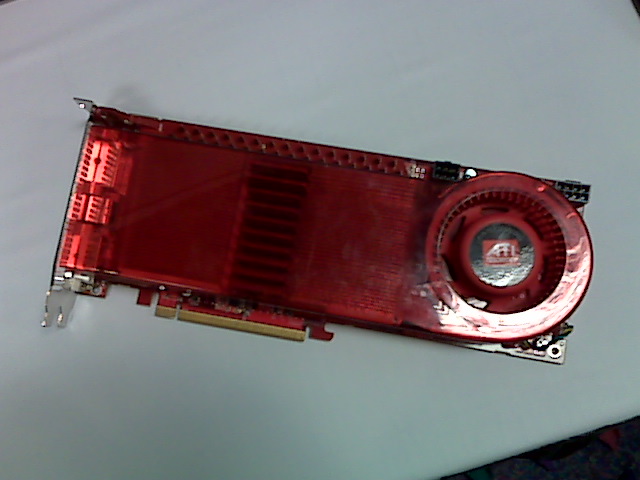 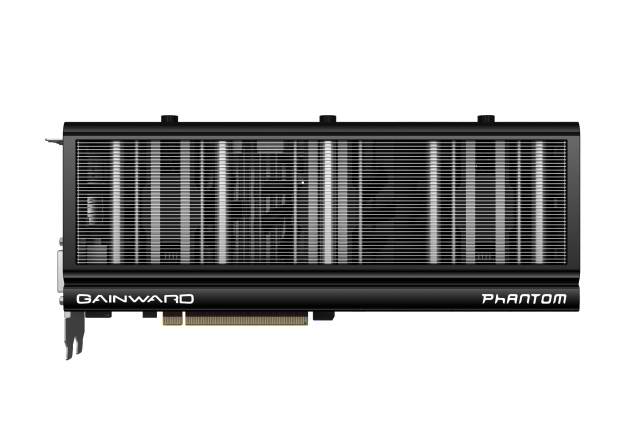