I should first note though the SLI test setup we are using here is based on the nForce4 SLI chipset, there are alternate configurations coming out in patches from motherboard manufacturers.  For instance, DFI recently let the cat out of the bag that using a x16 slot and a x4 slot on an nForce4 Ultra chipset motherboard can operate in SLI mode.  I haven’t tested this mode, and I can’t say if performance or stability is sacrificed for it, but we will know soon.

That said, here is how SLI installation was done on the Asus A8N-SLI Deluxe motherboard, that I reviewed recently.

The below portion was taken directly from my A8N-SLI Deluxe review: 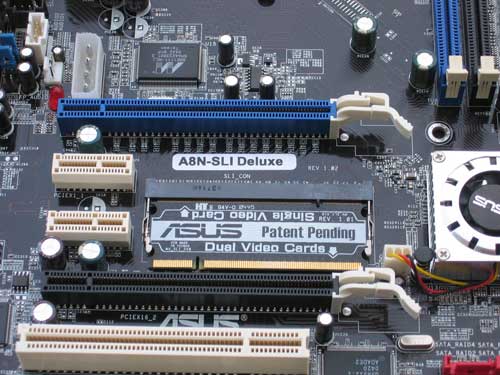 All nForce4 based SLI solutions will have a card of some kind on it like the one pictured above.  They may not look exactly identical from vendor to vendor, but the function behind them is the same.  On the A8N-SLI Deluxe the card is called the “EZ Selector” and it allows you to physically switch between an SLI-capable system and a single-GPU capable system.  By switching the position of the card from “Single Video Card” to “Dual Video Cards” you are splitting the PCI Express lanes between the two x16 slots, with each slot receiving 8 lanes.  Moving the card back to the “Single Video Card” setting, the PCI Express lanes are routed to x16 to the primary PCIe connection and x1 to the secondary.

The card acts much like a SODIMM memory slot on a notebook computer, so if you are familiar with that, the setup is easy. 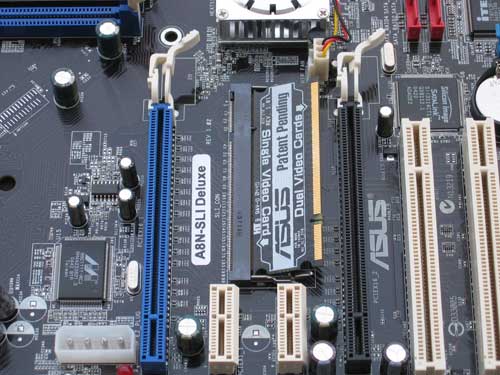 First you use two fingers to gently move the two metal arms at either side of the card outward, allowing the module to pop up to this position.  You can then remove it by simply pulling away from the connection slot. 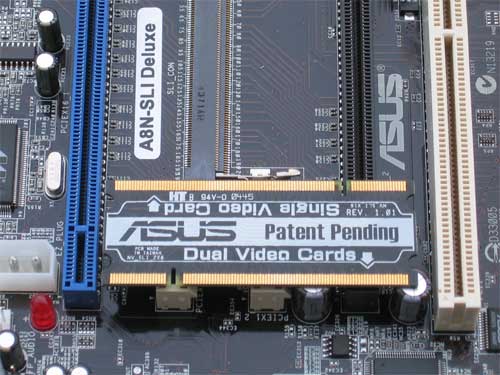 After you have the card uninstalled, simply rotate it so that the words “Dual Video Cards” are facing towards the connection slot and towards the primary PCIe slot. 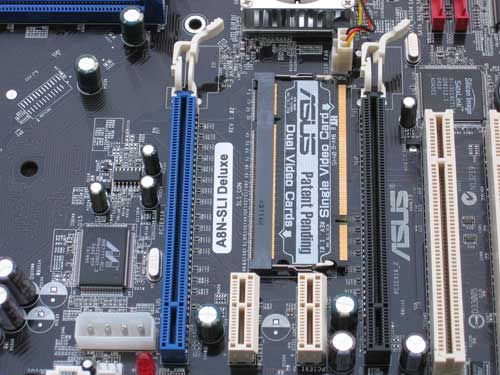 You then simply insert the card back into the card slot at a similar angle to which you removed it and then press down until the metal arms lock it into place.  The final results are seen above.  You are now ready for an SLI system! 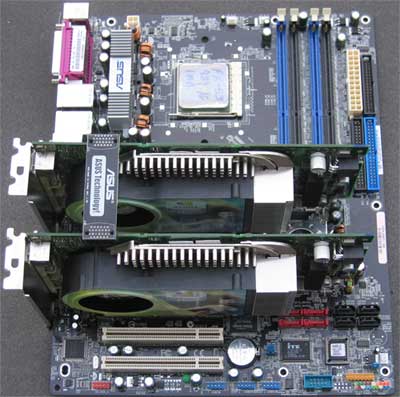 Here is the result of having two 6800 Ultras in SLI mode with the Asus custom bridge connector between the two cards.  Quite the beefy setup.  You can definitely see the problem I mentioned on the previous page about lack of room on the board once two Ultras are installed.  You really only get one PCI slot that isn’t crowded up on — just enough for your Audigy sound card right?  But with the features that Asus has included on the A8N-SLI Deluxe there really isn’t anything a standard gamer will need to add. 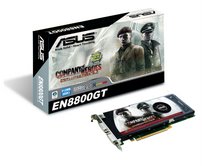