The display of video cards at the CES show was actually quite a let down for me.  There were very few X850 or X800XL cards on display, and most of the vendors we spoke with about them said that they still didn’t have many chips from ATI to make cards with.  ATI told us that the X800XL was becoming available immediately, and we should see cards for sale by February.  No word on the X850 XT and PE though.

NVIDIA seemed to be in the same situation, with PCI Express based 6600GT cards everywhere, but 6800-series cards were hard to come by.  We got a similar story from the various vendors on the NVIDIA chips that we had from ATI’s partners: there simply weren’t enough chips on the market.  NVIDIA claims that is simply because demand is so high, but one vendor I spoke to said that with only 20K chips for the 6800GT and 6800Ultra PCIe worldwide, they didn’t expect to have cards available from them until at least March.  As heavily as NVIDIA has been pushing SLI on us (and you for that matter), I am more than let down by card availability to actually use that technology.

Abit had a good showing of ATI-based graphics cards at their booth again this year. 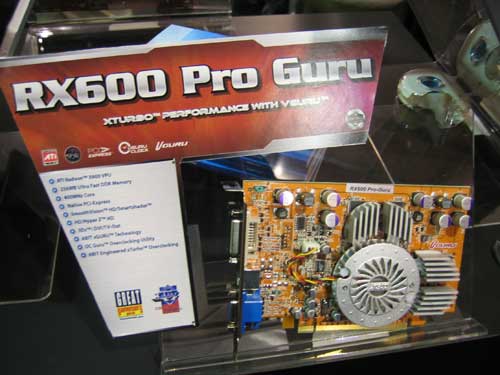 This X600-based graphics card isn’t going to impress anyone with its performance numbers, but it is meant to showcase Abit’s new custom designed graphics boards and the new software they have developed for overclocking their own products.  The Guru line of graphics cards, when it reaches the X850 and X800 lines will feature dual BIOS, one of which will have expanded overclocking options and will require a jumper switch to access. 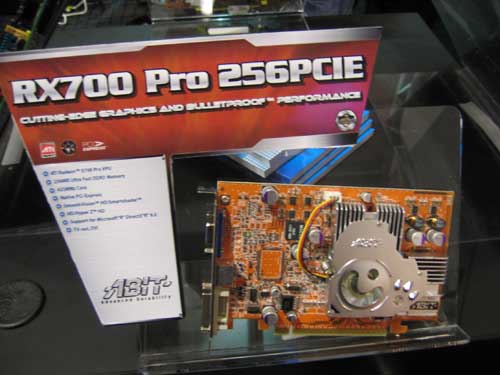 Here is a 256 MB version of the X700 Pro graphics card; the permanent replacement for the X700 XT card that never came to fruition. 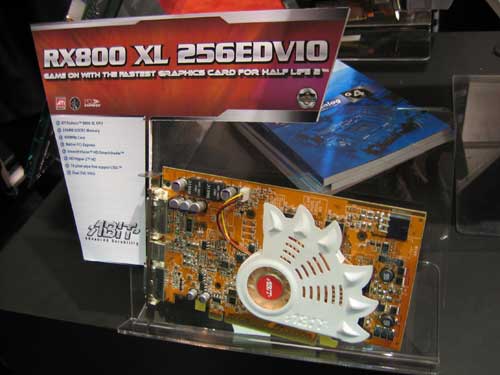 This is one card that many of you are going to be on the look out for, and Abit said they should have some cards out in February.  Though this particular one won’t have the Guru software and features, we know from our tests that the X800XL is a great card at a terrific price point. 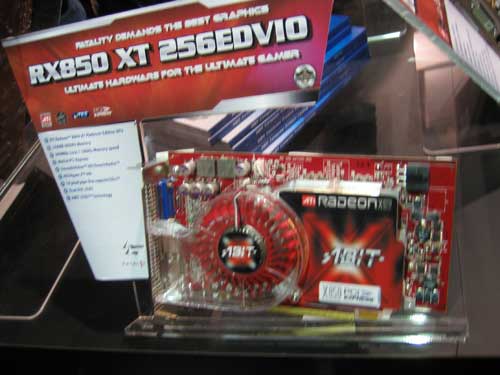 This somewhat blurry image is of the Abit branded X850 XT graphics card that is still a bit of a ways off according to Abit.  Probably late in February was the time frame I was given, though when we will see competing cards is still in the air as well.  As you can tell, this card is really just a reference design with an Abit-branding scheme on it.

Asus did have X850 and X800XL cards on display as well, but they were simply reference cards with a bit of Asus branding on them. 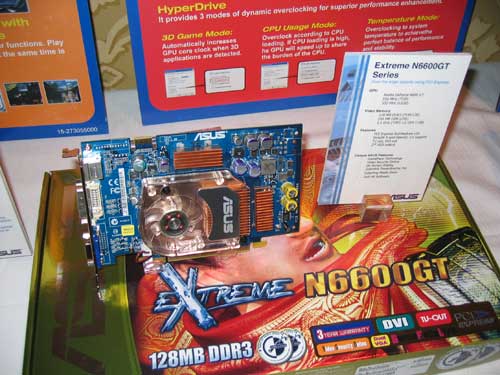 The Asus 6600GT PCI Express graphics card has been getting some good attention as a nice SLI ready graphics card. 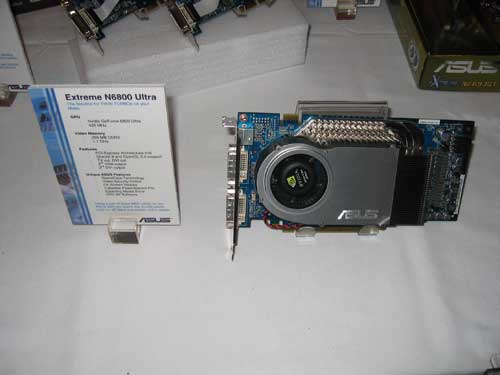 The Asus Extreme 6800 Ultra for PCI Express was nothing more than a reference card as well, which simply goes to show how little quantity of 6800-based PCI Express chips NVIDIA has been producing.

I also met with both BFG and EVGA at the show that told similar stories about tight supplies of the PCI Express chips, but that AGP cards were doing pretty well.  We’ll have more from both of these companies very soon.

Not known for being a manufacturer of graphics cards in the US yet, Albatron had their line of GPUs on display at CES this year. 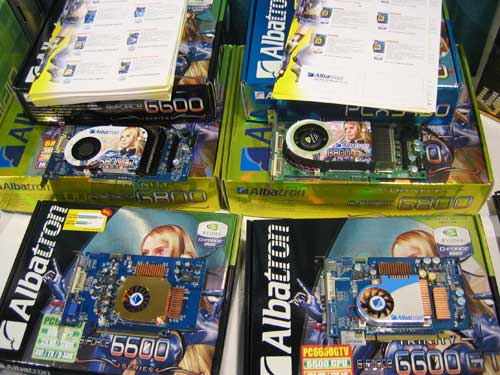 What was more interesting was a card we saw that we were told NVIDIA wasn’t quite happy about — a 6600 standard with SLI support on it. 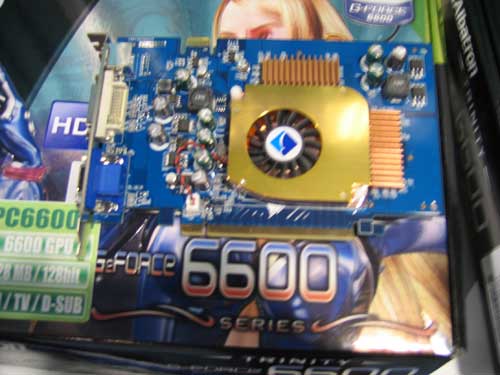 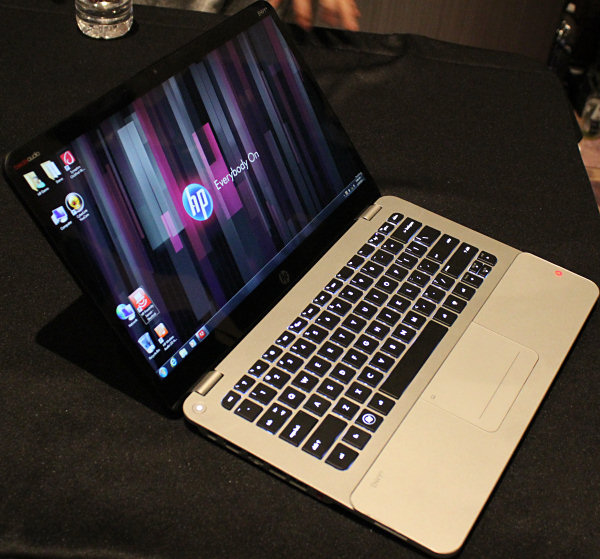 A look at CES 2012 through other peoples eyes