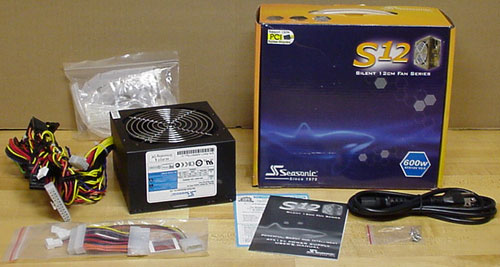 The Seasonic S12-600 power supply uses a temperature-controlled fan that speeds up as the load (internal heat generation) increases.

Sound pressure level readings were taken 3′ in front of the PSU in an otherwise quiet room.  The power supply was placed on a foam rubber mouse pad during testing.  The ambient noise level was ~30 dBA.  The sound level meter used for these tests is only calibrated down to 35 dBA.  All readings below this were recorded as <35 dBA.  In my opinion this is very quiet and would not be noticed over normal case fan and hard disk drive noise.

The Seasonic S12-600 was nice and quiet — virtually silent, even while operating continuously under a moderately heavy load.  The exhaust air temperature was also quite low, another good indication of higher efficiency (less power is converted into heat 🙂

And finally we have pricing for the S12-600 power supply.  I have also included the average cost per watt.

This is the MSRP as of January 2005.  The Seasonic S12 series power supplies are expected to be available through retail stores in February 2005 and become widely available thru online resellers in March.

At first glance the S12-600 PSU may seem a bit pricey but you have to remember this unit can output up to 600 watts of power, is very efficient, and comes with a 3-year warranty. 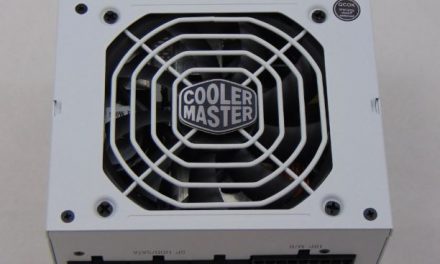